Windows 11 is undoubtedly being criticized around the globe and not precisely because it can or will be a bad OS, but because of the security requirements that it is asking for and that will leave millions of competent PCs in the lurch. As if that were not enough, Intel is being added to this, which with its new Alder Lake architecture have slipped that Windows 11 will be the OS that can get the most out of its new CPUs. Why is this happening? This is Intel Thread Director.

Until now, every PC platform has always been designed with one goal: maximum performance. This implied of course having highly optimized cores, with an architecture that could boost the IPC more than its rival and of course a high frequency (especially in Mainstream). But things change and the paradigm is about to undergo a total turn that AMD is not going to reach for the moment: Windows 11 and Intel Alder Lake are needed.

ARM and Google are “to blame”: Windows 11, iOS, Intel and Apple in tow

What do all these companies have to do with Windows 11 and Intel? Well, the fact of being the forerunners of the current objectives for more than 10 years. ARM together with Google and Apple have designed with the help of Qualcomm and the Cupertino company itself a totally different field that today seems normal to us in our smartphones.

The reality is that his approach changed everyone’s life and the way companies act and design, including Intel. Until now, at most a desktop or server processor had to distribute the workload between its multiple cores and after SMT and HT also between its threads. Therefore, this is a workload for the operating system on duty, which has to be clear about what workload it has, where it is going to send it and what is the most optimal according to the available hardware, in this case the CPU. .

Although it may not seem like it, the cores and threads do not perform the same. Threads typically don’t scale 100% performance for multiple reasons, including logs, cache or memory accesses, and of course latency. This is something that an ARM-based processor cannot afford as such, first because of the focus on power efficiency and second because of latency and the percentage loss in performance.

The advantage, of course, is that the energy consumption and the heat generated is much lower than a core under the same architecture and with SMT or HT. Therefore, Intel knowing that Apple was going to bet on an efficiency model for its products and keeping in mind the expansion of its processors, decided years ago to design an architecture from scratch that would combine the best of both platforms, and from there Alder was born. Lake as a base. 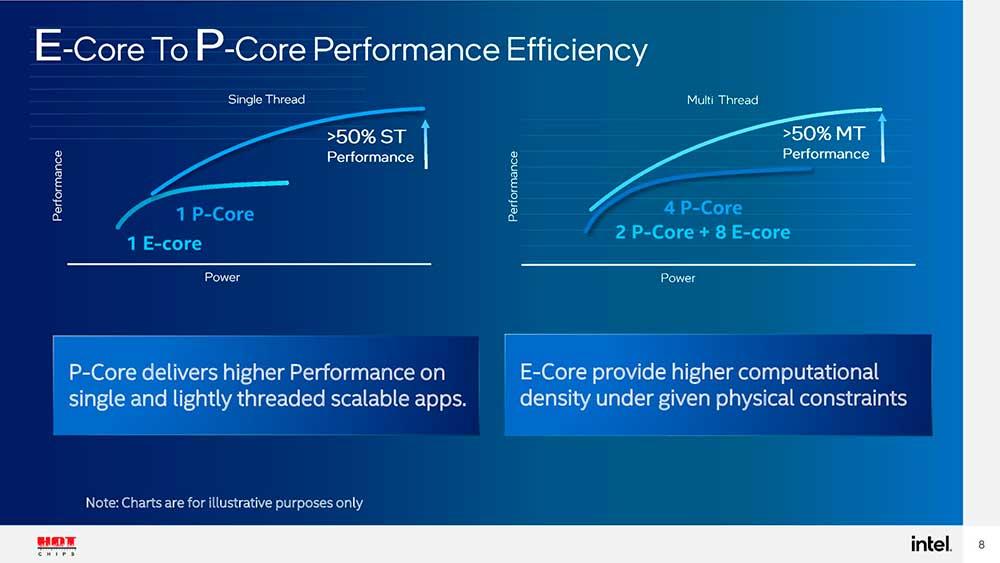 The problem is that now we will have some CPUs with high-performance cores with HT and others of efficiency without HT, those already mentioned in their corresponding article on the P-Cores and E-Cores (Performance and Efficiency) architecture. So how does the OS know what’s optimal to get the job done as quickly as possible? How is the load balanced correctly towards the best-positioned core or thread in performance and time? Here comes Windows 11 and especially Intel Thread Director.

Intel and Microsoft hand in hand, AMD to something else 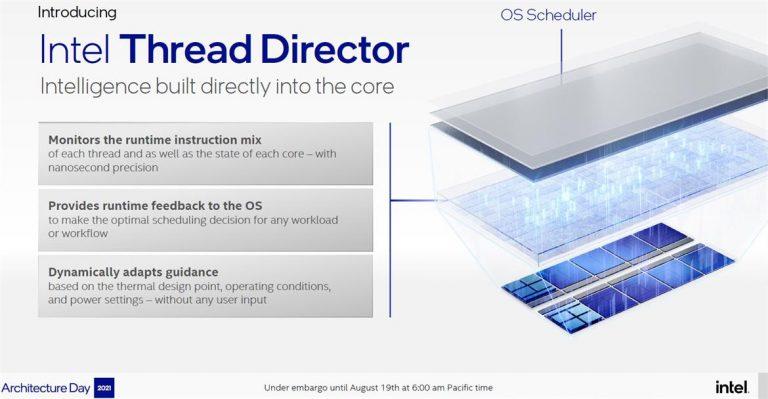 AMD is not going to bet for now and at least on the desktop for this technique of bringing together high-performance cores and cores based on efficiency in the same SoC, so it will be left behind in terms of time if it decides to enter fully later .

With this in mind, it is Intel who has gone ahead and together with Microsoft have designed Intel Thread Director (Thread, not Threat, eye) or ITD for its acronym. It is a hardware and software solution to alleviate all the problem described above in a simple and above all transparent way for both the operating system and the programmers.

This is important, since now programmers are going to go from working with one type of kernel to working with two totally different ones. The goal of the two companies (especially Intel) is to get the OS to make the right decision by putting the work in the right thread depending on whether it needs low latency and therefore high performance, or if it is simply a process that can be run on the E-Cores because it is not high priority and therefore not time and performance critical.

How is this accomplished? With a new operating system that revolves around a new thread scheduler. Intel spoke to Microsoft, exposed their work with Alder Lake and their respective future platforms, and Microsoft did the magic and went even further. The birth of Windows 11 has a lot to do with this, since Windows 10 is not going to have such a programmer and therefore Intel’s 12th Gen processors under Alder Lake will not perform as expected or be as efficient as intended.

Intel Thread Director: the new programmer is accompanied by hardware 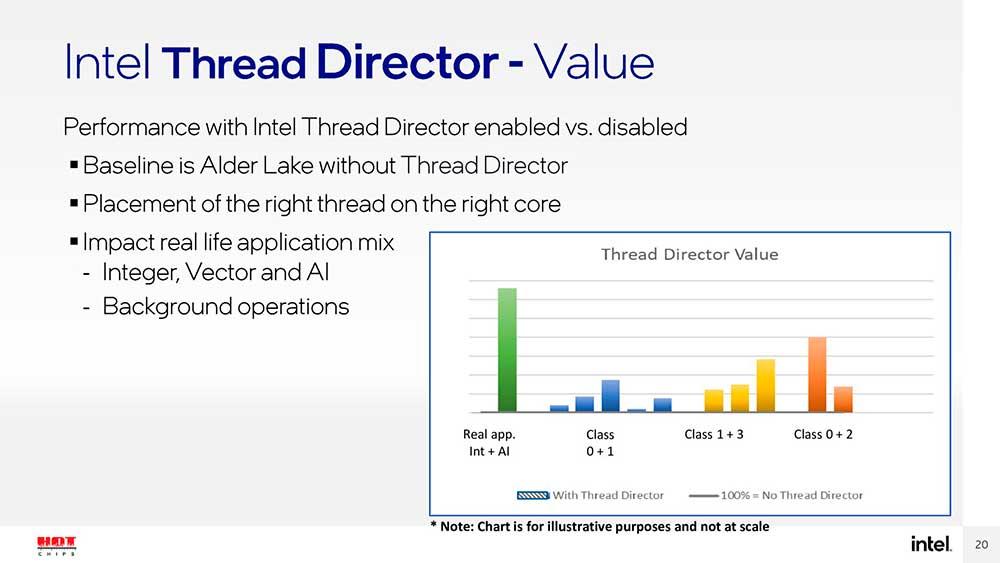 Logically, the software has to be aided by the hardware, since it is not capable of distinguishing the loads and the necessary resources if it does not have a priority system to adhere to. For this reason, Intel has designed a common microcontroller for both P-Cores and E-Cores that will tell Windows 11 what the priority is, the resources available in each millisecond and the average times for executions, as well as the types of instructions. that can or should be used.

Intel has a sort order by different levels of performance for this programmer:

That is, Windows 11 would load any process first in a P-Core, if there are no P-Cores available or efficiency is prioritized, it would go to the E-Cores and finally to the HT of the P-Cores. This shows that Windows 11 is now going to be aware of the topology of each processor and thanks to Intel’s hardware microcontroller it will also be able to know the workload of each core and thread.

The data that Intel offers on this is incredible, since it claims that it can assign work to a Core or thread in as little as 30 microseconds thanks to Intel Thread Director. Looking at this figure, the question is obvious, why so fast? I mean, do you need that much allocation speed?

The answer is somewhat complex, since it is not only assigning the work to a core or thread, be it P-Cores or E-Cores, but Intel Thread Director can also control and assign frequencies, voltages and power in time. Hence, Intel Alder Lake and its 12th Gen CPUs perform better and are more efficient in Windows 11, at least on paper.