Intel Comet Lake-S is about to reach our stores and with these CPUs come a series of new motherboards that will house not only a new socket, but a new Z490 chipset that will replace the already veteran Z390 as a spearhead in the market. for gaming. What new features will this new chipset bring? Is it worth the change of platform in the fight of Z490 vs Z390 ? 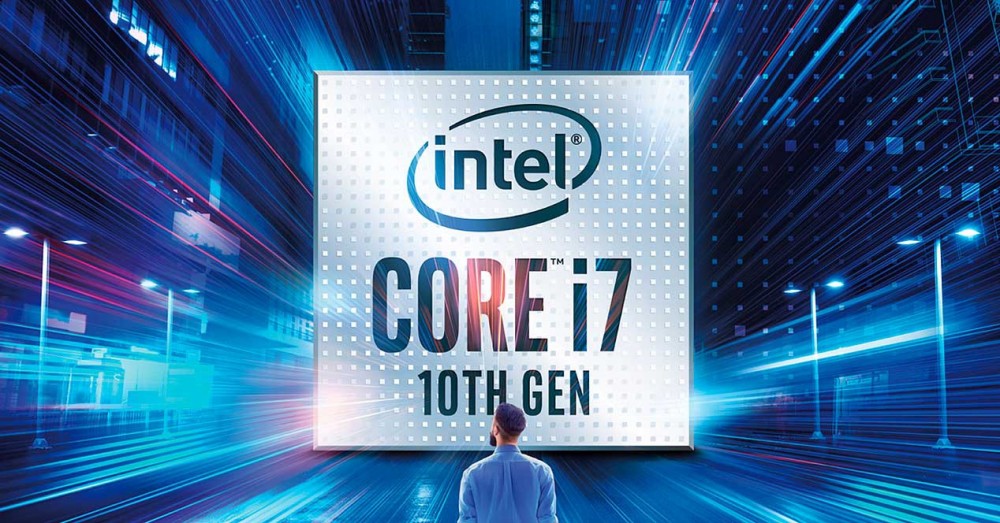 The truth is that Intel has the “mania” well learned that every substantial change in architecture includes a new complete platform to support it. This logically infuriates users who have to go through the box again, but the reality is that it avoids many problems (tell AMD and its AM4) and achieves a much more robust, safer, more compact platform that can receive updates with faster speed to detect any problems. 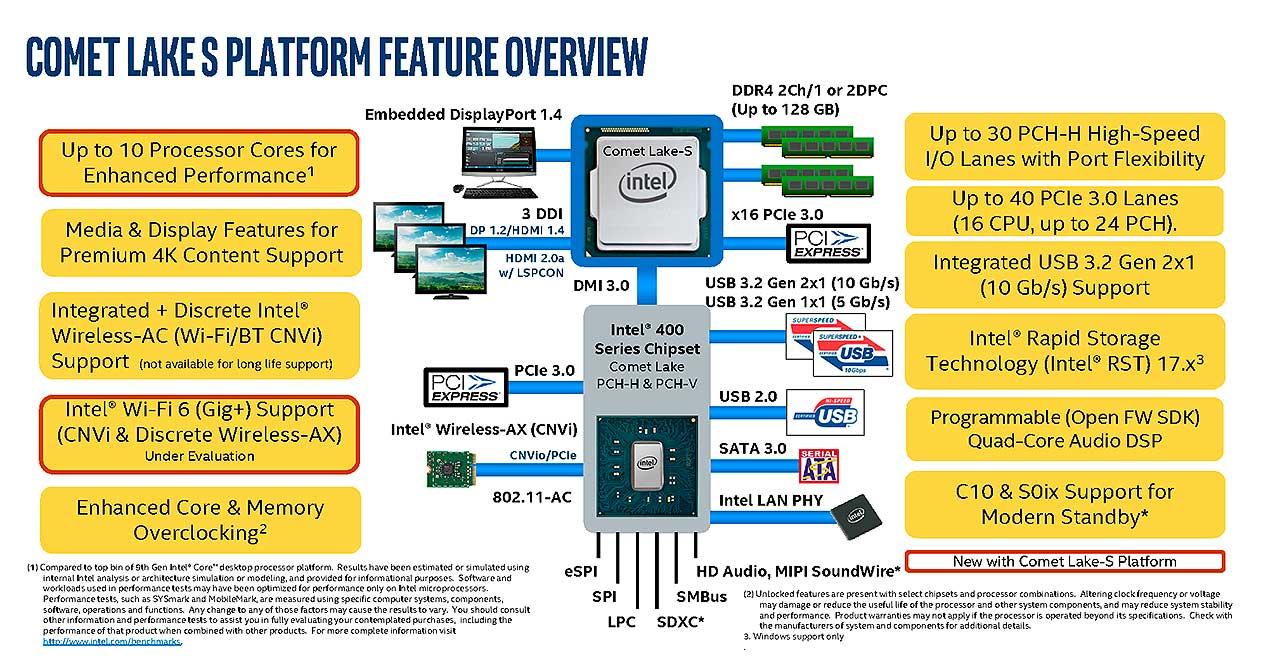 Starting with the obvious, both chipsets are focused on the desktop market, specifically within the mainstream range, and as such are the company’s spearhead in addressing AMD’s high-end options.

Z390 has been with us for almost a year and a half and will obviously be replaced by the Z490 chipset later this month or early June. Instead and being striking, Intel has not updated its version of the DMI, since it maintains 3.0 to 8 GT / s. This is interesting for other features that we will see below and that are intrinsically linked.

It is striking, however, that they have the same consumption, something that we will also understand below. And it is that, although both will allow through their UEFIs the overclocking to the processors that Intel indicates (versions K and KF) the casuistry occurs that both chipsets will only offer support for PCIe 3.0, and here come the nuances. 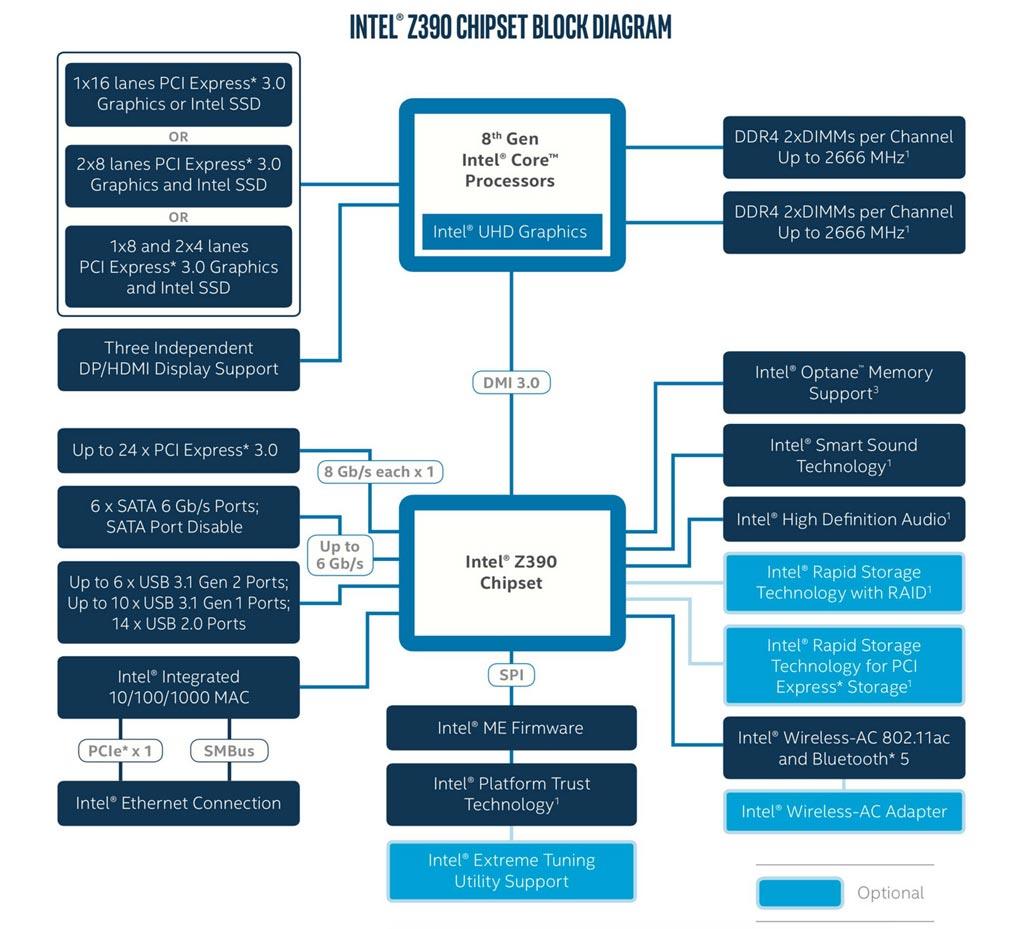 Although we are talking about chipsets, we must differentiate the support of these with the PCIe support of each CPU. As we already know, Intel will not unleash PCIe 4.0 on Comet Lake-S, but motherboards will in many cases be ready to host their highest speed.

The problem is that although the board is ready, the chipset is not and here the same TDP is understood for both versions. It is proven that including PCIe 4.0 in a chipset will increase its consumption and therefore, if it seems that Intel releases this version of the bus in its following processors compatible with Z490, we will have a curious scenario.

Curious because the processors will be able to choose to host GPUs with PCIe 4.0 without problem in Z490, but the chipset will continue in PCIe 3.0, something similar to what happens with the AMD B550. 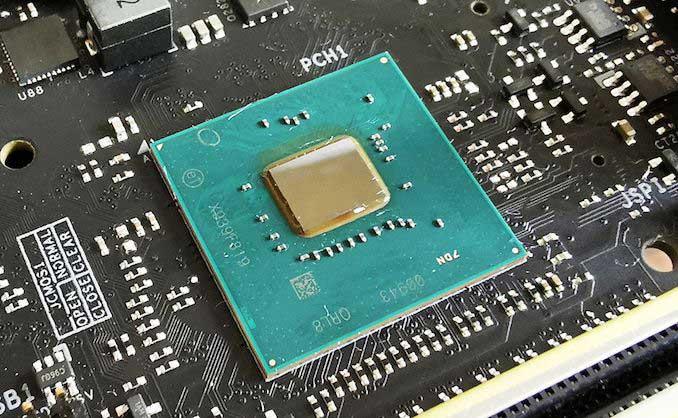 The reality is that, facing these data, the rest of the characteristics are very similar. The IMC of the processors will now be able to support up to 128 GB at 2933 MHz as JEDEC speed for the 2666 MHz of Z390 , both with two channels of RAM, the configurations and lines of the PCIe are exactly the same, as well as their support for CrossFire and SLI , so there is no news as such in this section.

Where there are and it is precisely what in some cases could justify the leap of the platform is in the USB. Z390 stayed at Gen 3.1, while Z490 makes the move to Gen 3.2. Yes, they are not USB 4 as such, but it is that we are still far from a real implementation due to electronic problems and costs of such improvement. 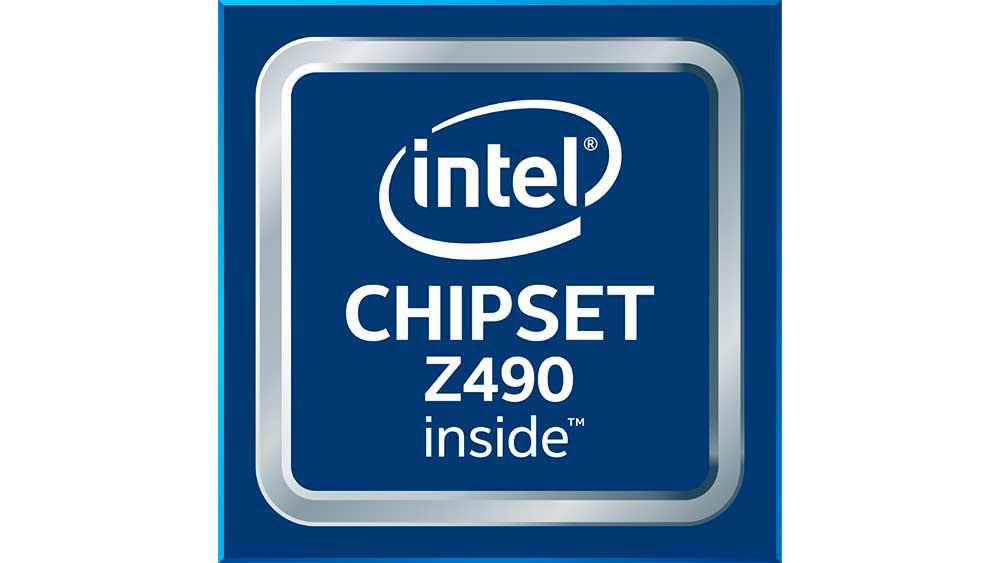 Although there has been a lot of talk about a section such as that of the Intel network cards for the Z490, where the first versions would come with a design problem for the i225 chip, the manufacturers assure that in most of their boards they were incorporating the latest version that Physically correct every possible physical error.

This is important because Intel is moving from its i219 to its new 2.5GbE compatible i225, which for the future may be interesting. Closer is the support for Wi-Fi 6 under AX201 as a network card, something that is already being implemented and more and more routers are integrating, including mid-range ones.

It is a matter of time that this reaches the low range and even to the routers of the operators, so it is something that does not hurt. Finally, we will have support for Optane and VT-d again , in case we need to virtualize at any time.