When we talk about audio devices , be they headphones, speakers, sound cards, amplifiers or any other, there are some terms that are used repeatedly but if you do not know what they are, they only serve to compare the values of one and the other. Today we are going to talk about the Sone, a magnitude considered as the universal loudness unit despite the fact that, generally, decibels are used more to measure this.

It is important to know the parameters of the audio devices, especially when we are about to buy them. That they give us one value or another without knowing exactly what they refer to can help us to compare the values of two devices, but we will not be able to know how large this magnitude is if we do not know what it means. For this reason, today we are going to go into the subject to explain what Sone is in audio. What are the Sone?

The Sone is a unit of volume, the subjective perception of sound pressure . The fact that it is a subjective and not an objective unit is very important because this means that it is not always measured in the same way, since it depends on the perception of who does it. It is also important to know that doubling the perceived loudness doubles the Sone value. 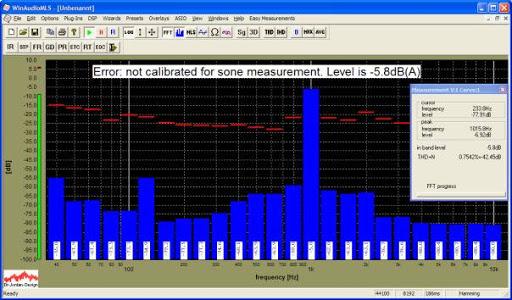 The Sone is a unit of measurement for noise proposed by Stanley Smith Stevens in 1936, and has been used ever since. According to its definition, a Sone is equivalent to 40 phons (a tone at 1 KHz at 40 dB SPL volume which in turn is equivalent to the noise of a 1936 telephone ringing). The scale of the phons aligns with the dB but not by volume, so the scale with the Sones is not proportional.

Instead, the volume in sones is roughly a power scale of sound intensity with an exponent of 0.3. With that scale, each time the volume is increased by 10 phon (or 10 dB at 1 KHz) the volume is doubled in Sones.

The Sone represent as you can imagine and as we have already said a subjective scale to measure the sound pressure that a device emits, or that is capable of emitting (since it also applies, for example, to amplifiers denoting the maximum volume that they are capable of generating) . If the 1 KHz frequency used for the measurement is varied, it is necessary to calibrate the phons level based on the response frequency of human hearing, and for this reason it is not a magnitude that is generally used in many devices except in very specific and generally professional models.

What are the uses of this unit of measure?

As we have explained, Sones are a unit of measurement of volume. Loudness is a subjective characteristic of sound (as opposed to sound pressure level that can be measured in pascals or decibels, objective and measurable quantities). Consequently, the loudness scale is based on data obtained from subjects who have been asked to judge the volume of pure tones and noise.

A Sone is therefore set arbitrarily, and corresponds to the perceived volume with a tone at 1 KHz at a sound level 40 dB above the standard reference level (that is, the minimum audible threshold). A sound with a volume of four sounds is one that listeners would hear four times louder than the reference sound.

Therefore, the use of this unit of sound measurement is usually merely informative so that the user can have a reference when buying two quantities, and although it is not measurable, it can be extrapolated to scales measured in pascals or dB. .