Many still keep their consoles of yesteryear and play with them. But they run into the problem that the image quality is not the same and the games look like a poorly restored work of art compared to how they looked before. And it is that connecting your retro consoles to a high definition television directly is not the best option if you are a purist who wants the highest fidelity. One of the problems faced by those who continue to play with their consoles of yesteryear is that they were intended for tube televisions and not for contemporary televisions. In them the electron beam travels each line of the screen from side to side varying the output voltage to generate the different colors that make up that line of the image. So the pixel concept does not exist when we talk about tube televisions.

Knowing these, the game designers for consoles and computers of yesteryear designed their games taking advantage of the characteristics of tube televisions. Being one of the peculiarities the changes produced from one color to another. A feature that makes it possible that, despite the fact that we can reproduce the games of yesteryear without problems in modern systems with the level of fidelity with which they were seen. Something that for the bulk of the population does not matter, but it does not matter for the most retro purists.

The solution so far for the players of these systems was very simple, to pull tube televisions of which there are fewer and fewer due to the breakage of their electronic components, which makes the price of those at that time available in all homes go up more and more. This forces many purists of the image quality of retro consoles to have to pull their LCD or OLED televisions in order to continue playing their favorite games. This implies that certain modifications have to be made or, failing that, buy accessories between the television and the console.

Why do retro consoles look bad in high definition? 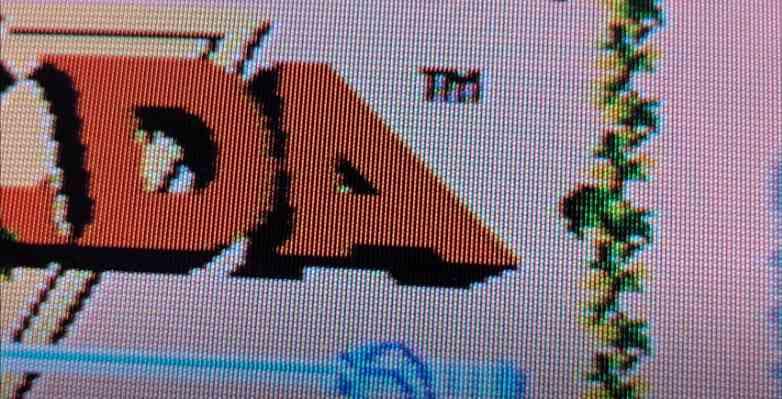 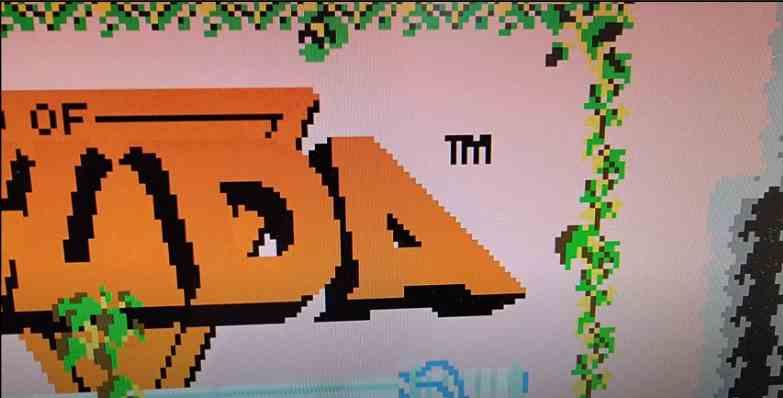 The games of yesteryear used interlaced mode so that the refresh rate was 50 Hz if you were playing with a PAL TV or 60 Hz if you had an NTSC. The trick consisted in drawing the even lines on one frame and the odd lines on the other. In such a way that the total resolution in the number of lines was going to half. Being the normal the 224 lines or 240 lines. To this day we continue to count in part by lines, where for example a 1080p television actually has 1080 lines of pixels,

It would be as simple as making the HDMI port output a signal per frame of 240p. The problem? It is not contemplated in the HDMI standard and you cannot emit a signal of less than 480 lines. This is a problem when it comes to displaying images faithfully since LCD screens do not reproduce images in interlaced but progressive mode. In an HDTV all the images are progressive as they consist of a single field. On the other hand, in a tube television the interlaced mode is composed, as we have already said, of two fields, but this does not happen in current LCD or LED televisions.

They do not interpret a 480i image, interlaced, as two different fields, but as a 240p image and therefore as a single field to which it decides to convert by a series of 480p algorithms. So far everything seems normal, the problem is our brain fills in the missing spaces in an interlaced image in a specific way. And that effect disappears on the most modern screens, causing our perception of how the image looks to vary completely. 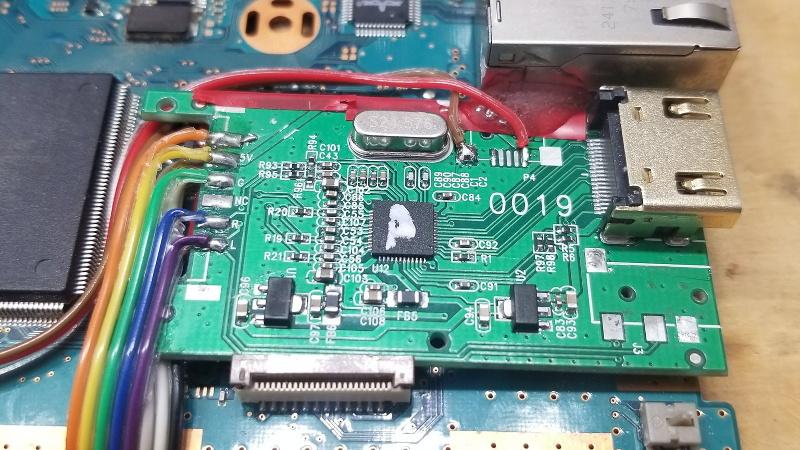 These types of modifications are the most difficult to make as they are based on having to fiddle with the console by installing electronic components. Its operation is based on modifying the video output of the console to adapt it to the operation of HDMI. This not only improves the image quality, but also makes the image presentation much more faithful to the original on a high definition television.

Since there are a large number of consoles on the market and all with different video output systems, we are not going to list them all here. Of course, if you are fans of electronics, it is a really rewarding exercise to give a new life to your favorite system of yesteryear and fully recover the Look & Feel of it and for very little money. On the other hand, if you do not have the knowledge and therefore the means to do it, prepare to leave the money.

Using the Mister FPGA instead of the original consoles 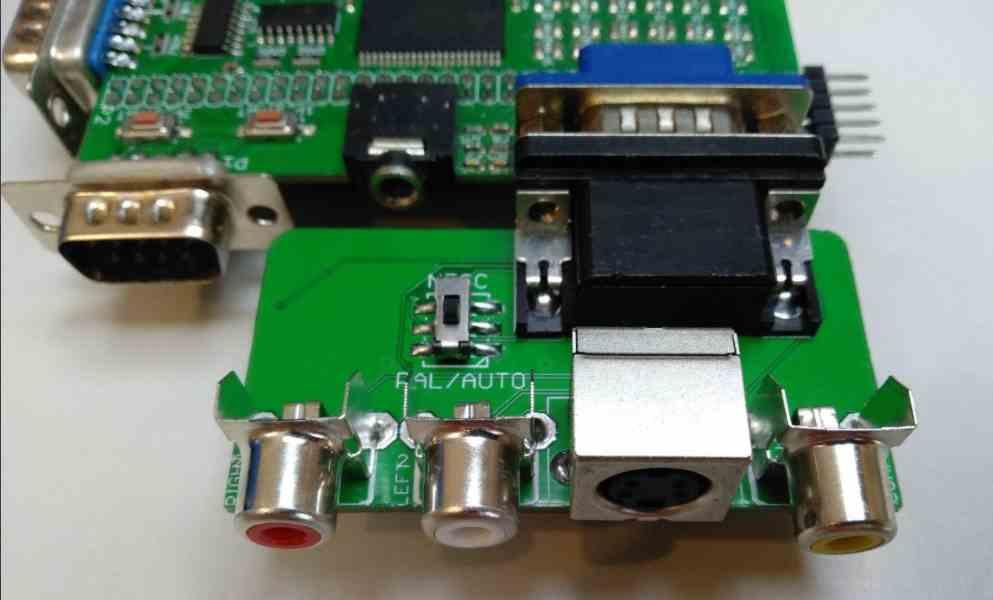 FPGAs have the ability to behave like any other chip as long as it has enough logic gates to do so. This has made the Mister FPGA platform very popular when it comes to simulating older systems. However, much information we have about these systems is known by reverse engineering and is not 100% faithful to the original. When we are simulating an old system via FPGA we are using an approximation good enough to reproduce the games, which is made up of official information and assumptions.

The part that is changed the most is that of the video output, since MisterFPGa supports only RGB, Component and VGA apart from HDMI. So it is necessary to use a VGA to composite video adapter. To have the VGA output it is necessary to buy the IO Board and the additional RAM in the MisterFPGA, and then install the VGA to composite video adapter. Which was the standard video output used by several generations of consoles.

The video outputs of the IO Board also include an audio output, through which you can output the game’s audio to the audio input ports that accompany the composite video. Of course, this requires the use of a tube TV in the process. So it is the complete opposite of what we are talking about in this article. In the case of the use of the MisterFPGA the representation of the image will be seen with the same defects as your retro consoles on a high definition television. 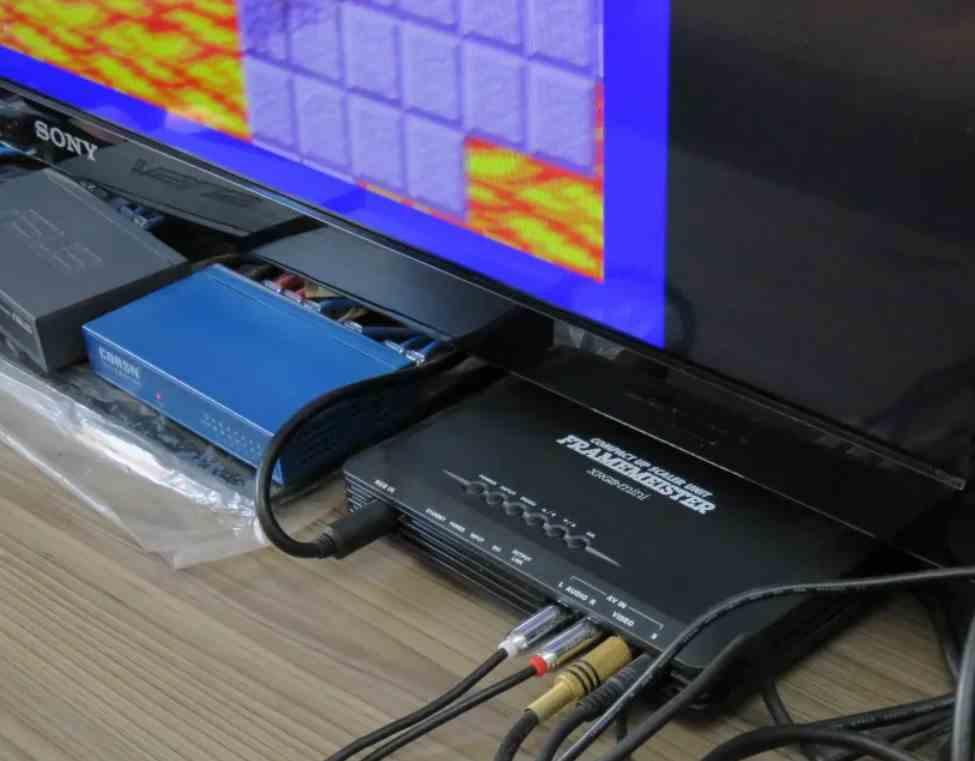 Scanline generators are devices that are placed between the retro consoles and the high-definition television and that process the image so that it looks as close as possible to the image that is reproduced on a tube television. The most famous of them is the Framemeister XRGB-mini, but there are alternatives such as the Open Source Scan Converter or OSSC, the GBS-8200 or the recently introduced Retrotink 2.

Scanline generators are an expensive option but they are the best option of all. Even if you are using a Mister FPGA with the composite video output. Since they give an image as close as possible to having a tube TV and can be used for any system. Nor do you need to do complicated operations on each of your consoles to obtain the same image quality and it saves you from looking for a CRT screen, of which are increasingly rare and days are numbered.

So they are the best possible solution if you do not have a CRT television at home and you want the maximum possible fidelity with your retro consoles on a high definition television, then the best solution is a scanline generator. They are expensive, but because they are easy to use and multi-system, they are worth it.