Since the successful landing of the Perseverance robot, Mars has become fashionable again. The speculations of when the human being will be able to step on Martian soil began years ago, but the new findings by Perseverance that determine that the Jezero crater could have housed a lake put back to the fore the possible way of life that humans could lead In mars.

Elon Musk, the owner of the American company SpaceX, predicts that the first manned mission on the Starship spacecraft can be carried out in 2026, although more realistic predictions also suggest that it is more feasible to achieve it in the 1930s. In turn, scientists from all over the world are working on projects for houses that allow us to live on Mars, protecting ourselves from the radiation of the planet and its low level of oxygen in its atmosphere. Another challenge is to find the key that can provide food for the future inhabitants of Mars. Since the beginning of the space race, astronauts have been eating dehydrated food and, over the years, freeze-dried. Freeze drying is a preservation technique that preserves food without the need for refrigeration and also reduces its size. In the case of a mission to Mars, a trip that requires a long stay, stockpiling enough freeze-dried food is not an option and neither is shipping food from Earth. Therefore, the only way to guarantee that future inhabitants of Mars can feed themselves for an indefinite period of time is for them to grow their own food.

The surface of Mars is abundant in certain metals such as copper, cadmium or lead. Researchers were not clear at first that it was possible to grow food in this context, but scientists at Wageningen University have tried to assess whether it is possible for crops to grow in the soil of Mars. They have done it through a simulation of Martian soil developed by NASA. For this study they have taken 10 different types of cultures, where four of them have given positive results. This is the case with peas, tomatoes, radishes and rye. After examining the composition of the products, researchers have determined that none of the crops contain heavy metals that could be harmful to health. Despite the good results of the research, the scientists say that the results cannot be transferred directly to Mars, since the energy needs of the crops or the weather conditions could spoil them. 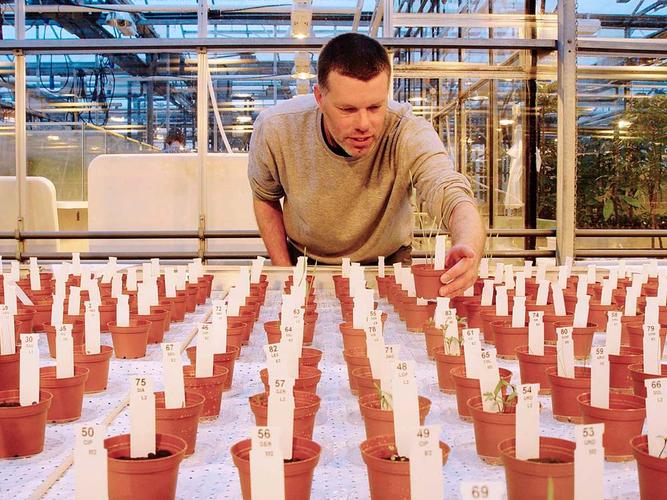 Gravity is a challenge

In science fiction movies like “The Martian” we have seen how Matt Damon tries to survive on the red planet by growing potatoes using his own feces as compost. This is not an ingenious science fiction idea that is not completely ruled out either. One of the problems that can condition the successful cultivation of food on Mars is gravity. Plants thrive perfectly under the gravitational conditions of the Earth, but if they had to do so under the conditions of Mars, it is possible that they would undergo genetic alterations.

Javier Medina, from the Margarita Salas Center for Biological Research, assures that there are elements that can be transported from Earth or recreated in a greenhouse such as “oxygen, atmospheric pressure, nutrients, a soil with microorganisms, temperature, humidity … ”However, gravitational conditions are what they are on each planet and science will have to adapt to them. One of the ideas to counteract the gravitational conditions of Mars is to supply red light to plants. Red light is capable of orienting growth and activating a series of cellular processes that are canceled when there is the absence of gravity. Medina’s goal is “to understand what genetic mechanisms allow the plant to overcome gravitational stress.” Once the scientific community manages to decipher these genetic mechanisms, it will be possible to create a life support program with plants on Mars that is expected to be achieved when future space missions aim for a more or less long stay on the red planet.