With the arrival of Android Nougat, one of those options was integrated that marks a before and after of mobile telephony, we will refer to the split screen . A tool with which the use of the mobile has radically changed to give way to new advantages and possibilities. An option that, unlike what has happened with others, is here to stay and continue to evolve.

There have not been many changes that we have seen in their generational leaps, at least in terms of options, but in practical effects. Those who used this trick in the versions of Android 7 or Android 8 will see for themselves how things have changed. Before it was impossible to adapt the screen size to what we really need and now we can easily achieve it with countless apps that are not limited. 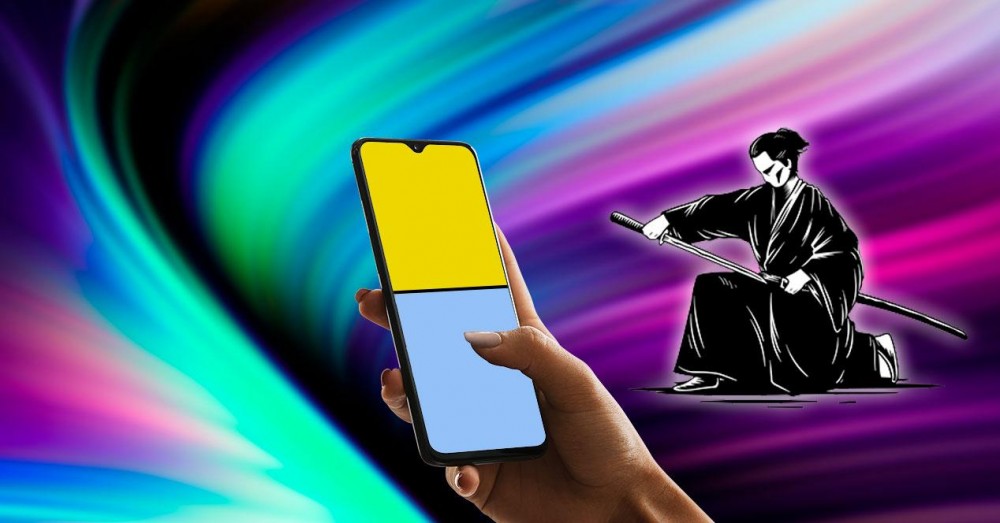 Steps to use split screen on Android

While other tools in Android turn out to be very complex, in this case we are faced with a function that will not take us more than 3 seconds to start. We just have to enter the desired app to use it in one of the divided areas of the screen and then it will be time to find the next one that we want to use at the same time.

After opening the first app, we just have to tap on the multitasking button or if we use gestures, slide your finger from the center and bottom, towards the middle of the screen. Once inside multitasking, we only have to click on the icon at the top and the option “Split screen” will appear. With this, it goes to the top and makes way for the rest of the apps that we have in multitasking or we go to the home screen of the mobile to touch on the quick access of what we need. 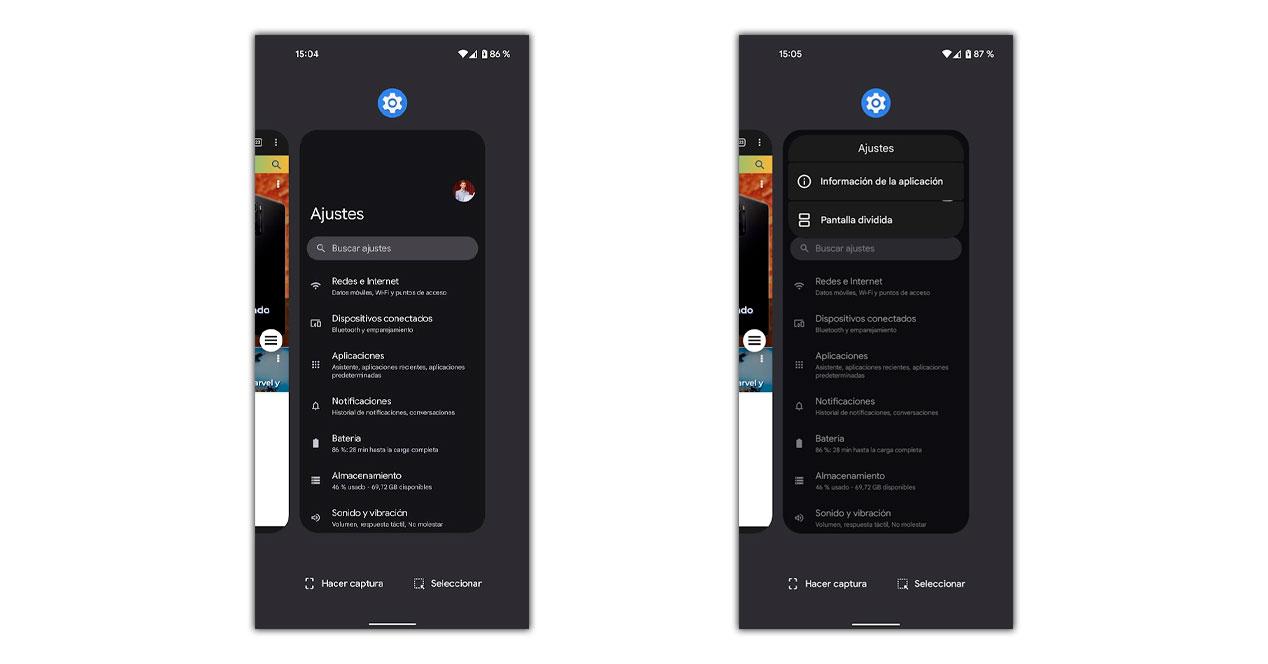 By touching on our choice, both apps will take on the same importance and the screen will be split in two in a totally symmetrical way. We will be able to interact with both of them independently although what we are doing in each one of them has nothing to do with their peers. Accessing various menus within each one of them and putting everything we need into operation. 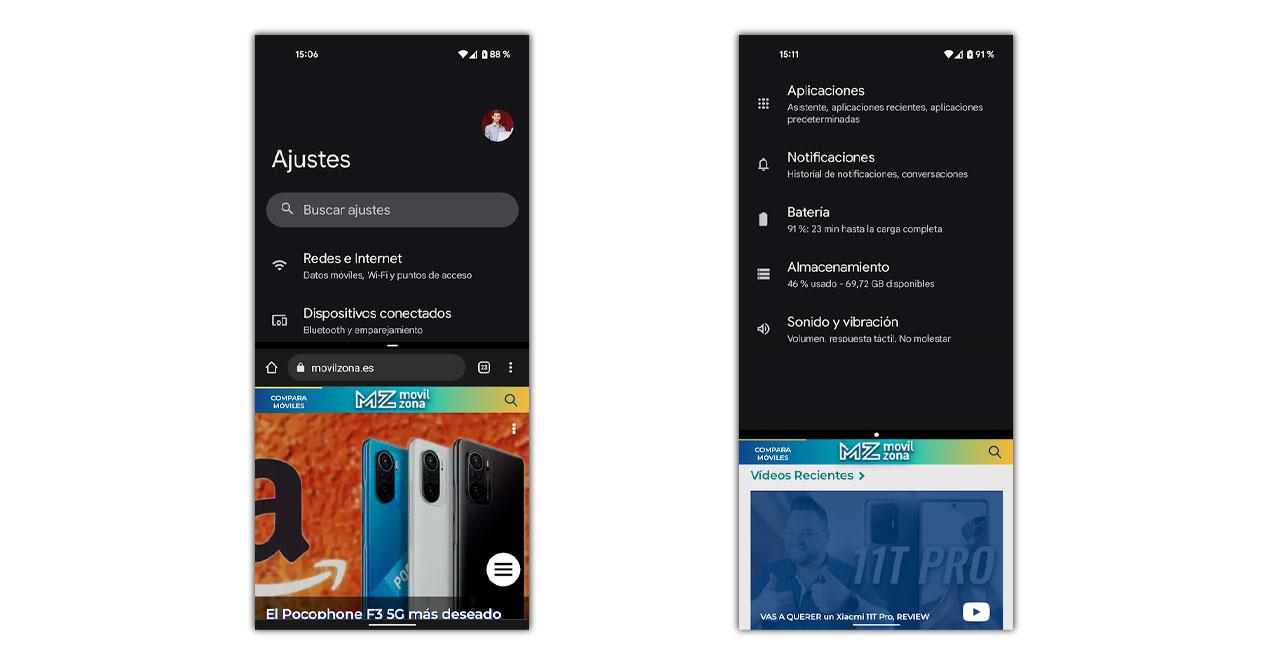 To better benefit us in this way, we can also modify the size of the vision. We just have to leave the finger pressed lightly on the bar that divides both applications and drag it to the point where we want to place it to use both apps comfortably and without difficulties.

Now that we know everything that needs to be done to master the split screen mode, it is time to answer a series of questions that will arise with use little by little and one of the first will be this. The first time we use the panel division we can get very complicated to get out, when it really is something very easy and intuitive. 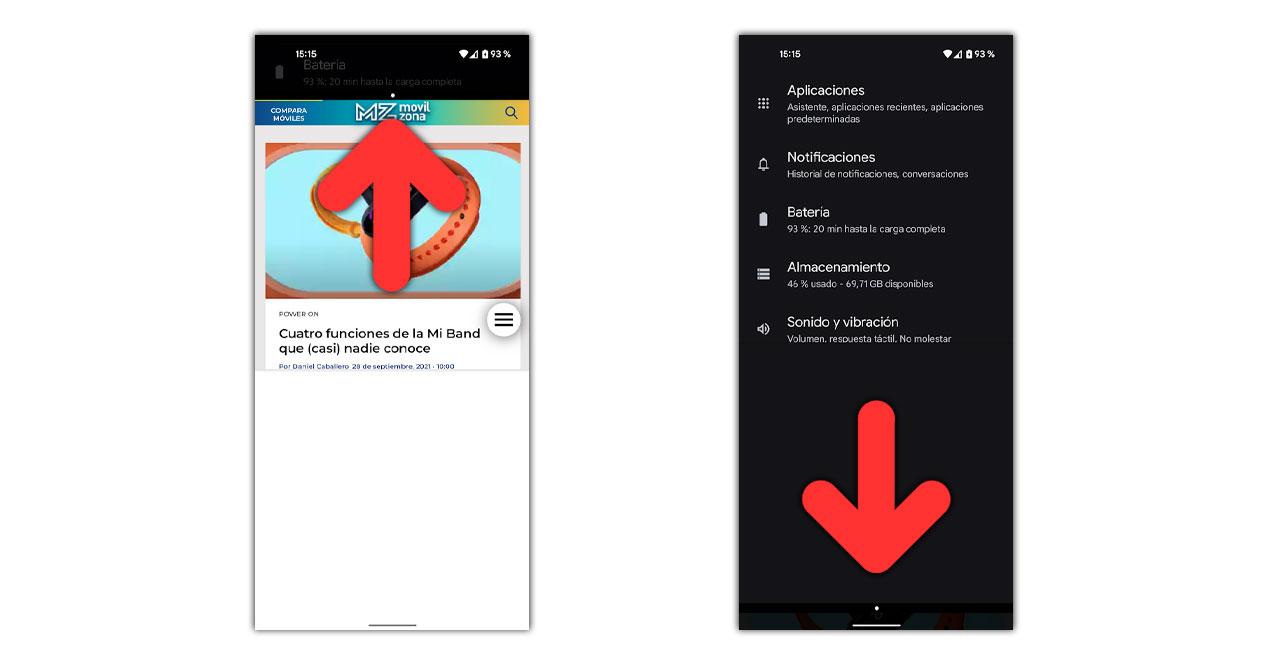 When we are adding the two apps at the same time, we just have to drag the central bar as if we were going to change the division, but in this case we will drag it up or down. Depending on where and where we move the division from, it will make the difference between staying using one app or the other.

Although in the first versions of Android this is not allowed, later it was also introduced, offering them the advantage of using the vision even horizontally. In this case, the change is not important, since it will only be necessary to repeat the same process of accessing multitasking and touching the icon, although with the mobile horizontally. For it to work, of course we have to have the automatic screen rotation activated.

In this way, we will be able to use both applications at the same time, but with the advantage of being able to see them in a format that takes better advantage of the size of our smartphone. Terminals are getting longer and longer and with this turn we are able to take advantage of it.

What mobiles can use it?

All Android smartphones with a version higher than Android 9 will have split screen mode in their options, regardless of the brand, model or customization layer. While it was originally a base feature of Android Stock that few layers of customization adopted, it is now standardized. In addition, in all of them the mechanism is identical, since you will only have to enter multitasking and touch on the icon or keep your finger on an app compatible with this mode for the option to appear. 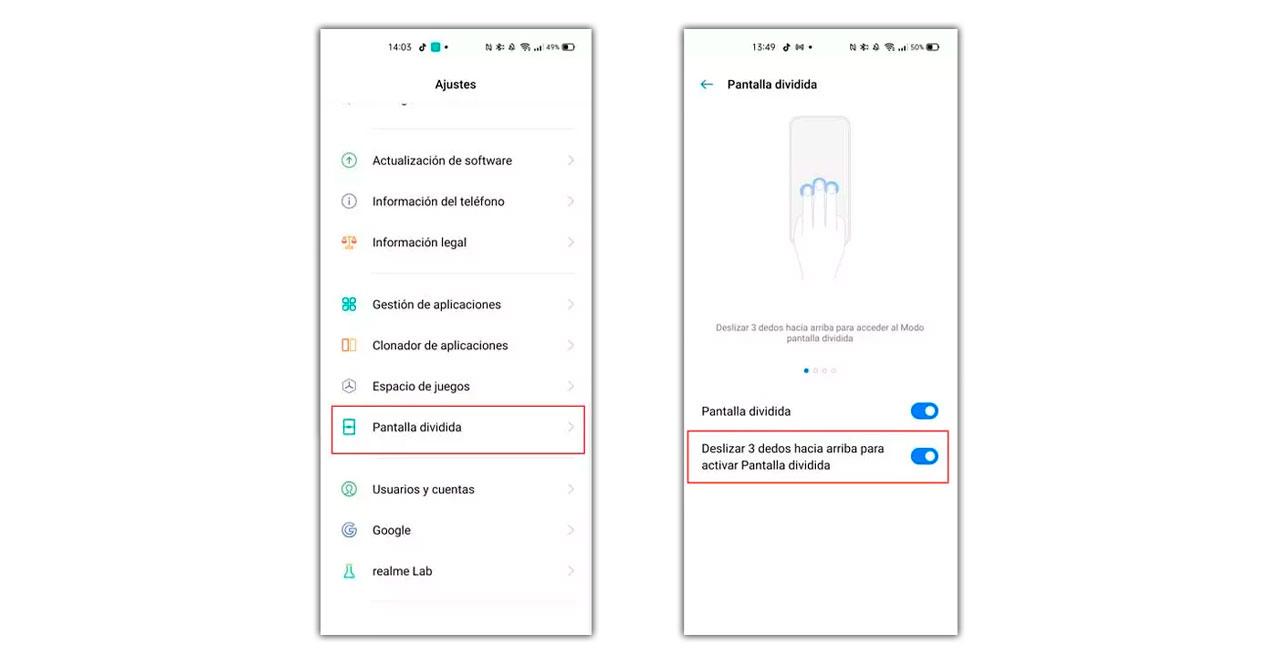 In cases where it does not work, as it is in some versions of Realme, OPPO or even Huawei, all you have to do is activate it from the Settings. Or start it up with a simple swipe of your fingers from the bottom of the screen. But we can always use it in the applications optimized for it.

Where there are no differences is in low-end or high-end smartphones. Everyone has the ability to use this screen with 2 apps at the same time , something that is modified when we talk about floating windows or other more complex navigation extras and specific to each manufacturer.

The advantages and possibilities of the split screen

Now that we know how we can start it up on our Android mobile, we only have to know what it is capable of, something that we are going to discover little by little with each test we do when we need it. The simplest thing is, for example, that we can take notes while we read some content with this function running and thus make a summary without complications without having to resort to the computer. 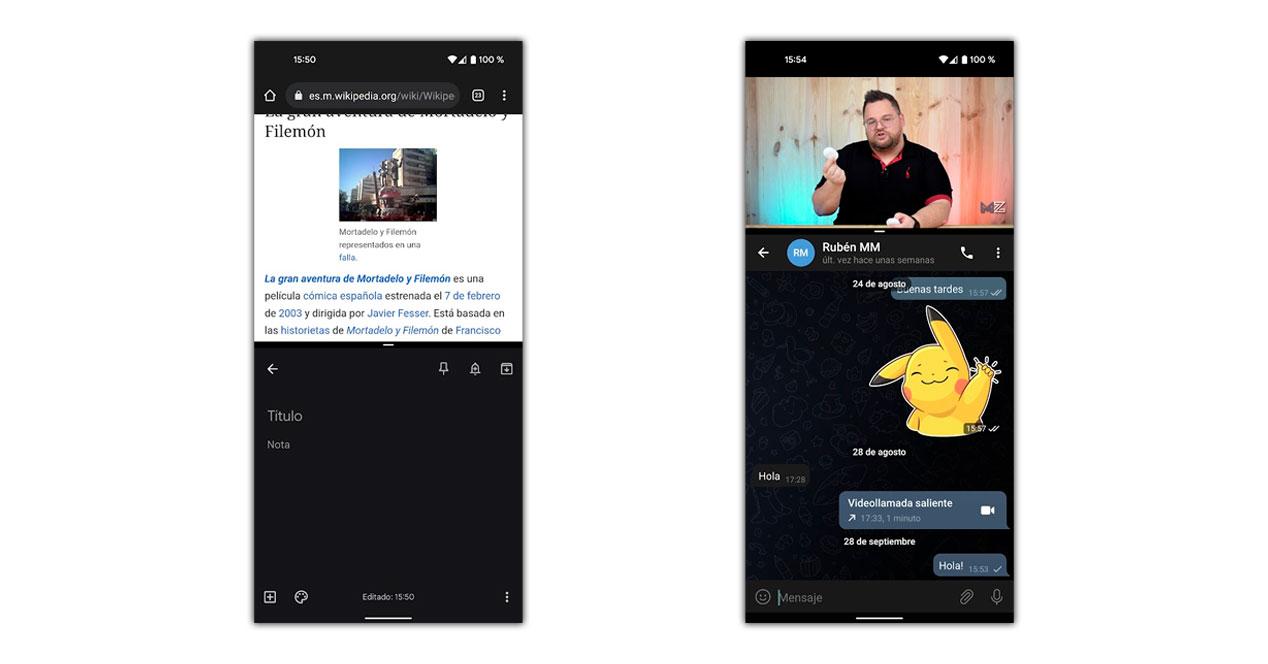 At the same time, it can also be very useful to talk with friends while browsing social networks or watching a YouTube video. In this way we will be able to save time or rather, get more out of everything that happens on our smartphone.

Virtually all Android applications support this split screen mode, but there are some keys that cannot offer it due to clear limitations. It is the camera app, since it requires all the space on the screen to be able to correctly display everything we see. We can also find a banking app that limits it, so that at no time our privacy or security is in question.