There are many users who have the PC box in a relatively inaccessible place, such as in a compartment under the table, on the floor, or simply too far from the chair and the keyboard and that it is uncomfortable to have to stretch to turn it on. If this is your case, in this article we are going to teach you how to install an additional button to be able to turn on the PC from the desktop , without having to stretch your arm to the box. 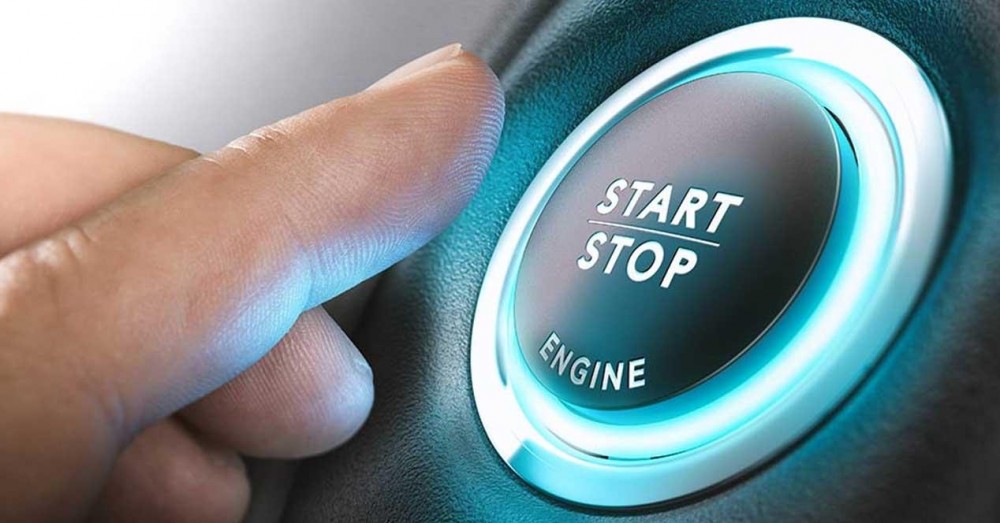 As you probably already know, the on/off button that all PC cases have must be connected to the motherboard in order to work, with a connector that simply has two poles. The fact of the matter in this tutorial is precisely that you can actually connect any button that uses two poles to that connector on the motherboard, so let’s proceed to see what you have to do.

What do you need to do it?

The installation of this type of peripheral is quite simple, since you only have to open the side cover of the PC and locate the internal connection panel, which is generally located in the lower right corner of the PC’s motherboard. Logically, this should be done with the PC turned off and disconnected from the power if possible. 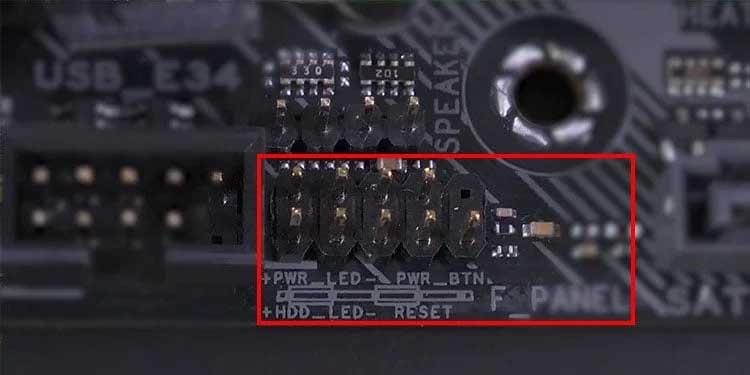 If your PC was running (not turned on), you will have several cables and connectors coming out of that panel, and the one you have to locate is the PWR_BTN or simply POWER and disconnect it. This is the cable that attaches to the power button on your motherboard, and where you’ll need to plug in the new button you’ve purchased or built to put on your desktop.

Then it’s a matter of routing the cable to the desktop, and this will depend on your box. You can, for example, take it out through a hole for liquid cooling that many cases have, through one of the PCIe socket trims (some buttons that can be bought already come with this) or through a grid. Here you will have to be creative because each box and each PC is a world and we will hardly be able to guide you.

The fact is that once you have connected the external button to the internal connector of the motherboard, it is ready to work, there is absolutely nothing else to do, so if you put it on the desktop, you can already turn on the PC directly without having to reach out to the box.

Choose the new button to turn on your PC

As we have told you, any button capable of working with a two-pole cable, positive and negative, will work to turn on the PC, so you certainly have many options. For example, there are users who have purchased the typical “Start/Stop” button in cars and have used it to turn on the PC, although in this case you will have to do a little soldering and buy a separate connector that you can plug into the motherboard.

However, there are also options that you can buy directly, and below we are going to propose three possibilities. 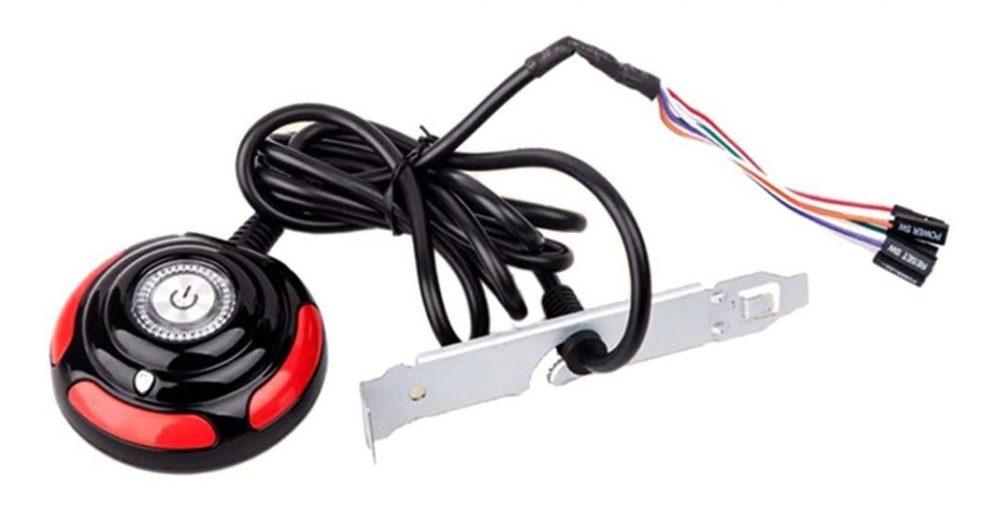 This first option that we leave you above is the easiest for inexperienced users. It consists of a large button that also has adhesive to stick it to the table and easily turn on the PC. It also comes with more connectors, such as the Reset to restart the PC or the lighting, as well as a trim to be able to pull the cable out of the PCIe sockets in the box. 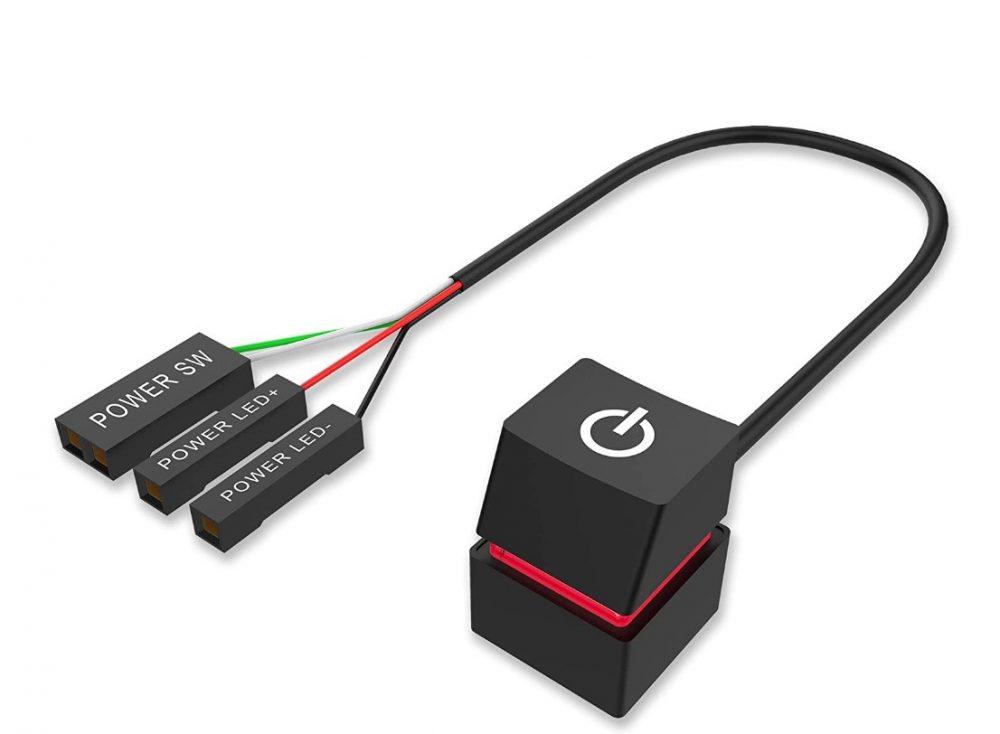 This second option is a bit simpler and consists only of a power button, although it is true that it also includes two connectors to provide it with lighting. Of course, in this case there is no trim and you will have to figure out how to get the cable out of the box. 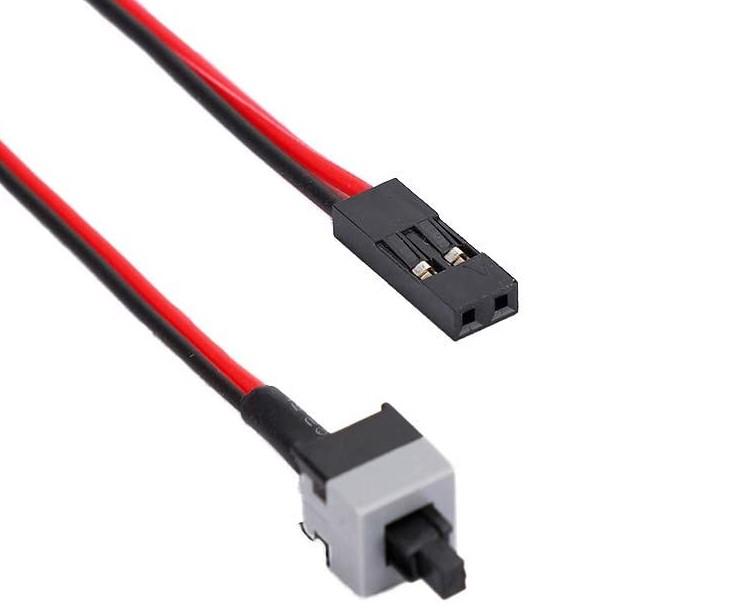 The third and last option is the simplest of all, since it only has the connector to the motherboard and the button; it is also the cheapest option.