One of the main problems that users who have Corsair and ASUS hardware with RGB have is precisely the distance between the two in terms of software. Although this year has been the first in which they collaborate together to alleviate this, they are far from creating an ecosystem where we can control all our components with a single program. Luckily, there is software that allows you to do that in a simple way: JackNet RGB Sync.

There are not a few who trust Corsair or ASUS for their hardware and peripherals, but as with other brands, each one has different software to control its ecosystem. Far from agreeing between everyone, they are complicating this problem more and more and users are demanding ease, a single program where we can control everything.

Instead of joining forces and determining resources for an “all-in-one” where to upload your .dll files and make things easier for the user, the war continues and only users have the key to the problem. In this case, the solution is called JackNet RGB Sync and it is the first attempt of a program that really works and that is being updated. JackNet RGB Sync: the first solution to synchronize all your RGB

It is not perfect, it may not recognize all peripherals or hardware, but it is the main software that is taking a chair in the world of RGB lighting. To use it, the first thing we will do is go to its official website and download the program in its latest version.

Once downloaded, Windows will warn us that this program is not safe. It happens with some versions and it is totally normal, click on run anyway.

Once executed we will have the typical installer where we will not have to give anything more than the next button and accept the terms and license. All very standard and only has the novelty of allowing the program to start with Windows. 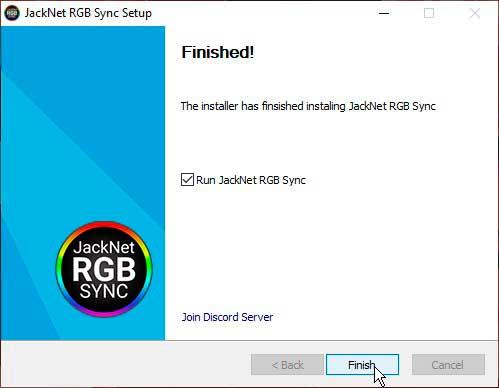 After this, the program will run and show us its interface for the first time. 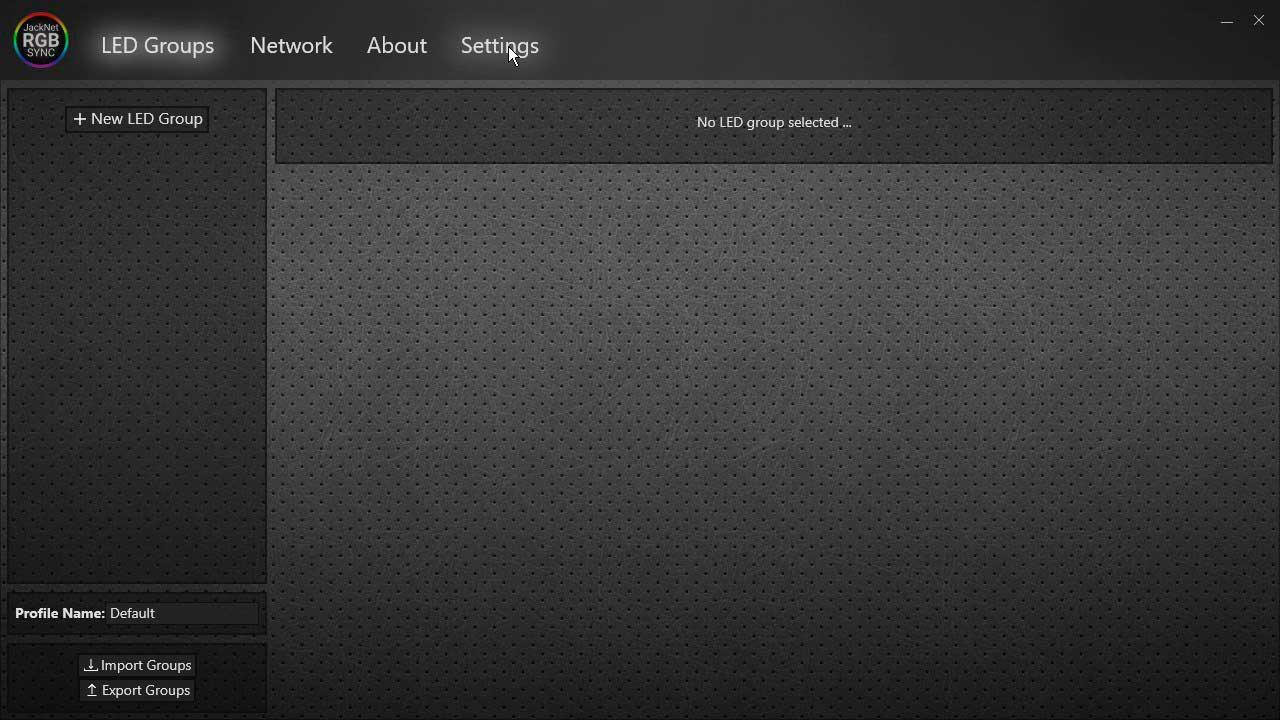 As we can see, the program presents a simple interface with few options, but just in case and to make it more comfortable for us, the first thing we will do is change the language by entering the Settings panel. 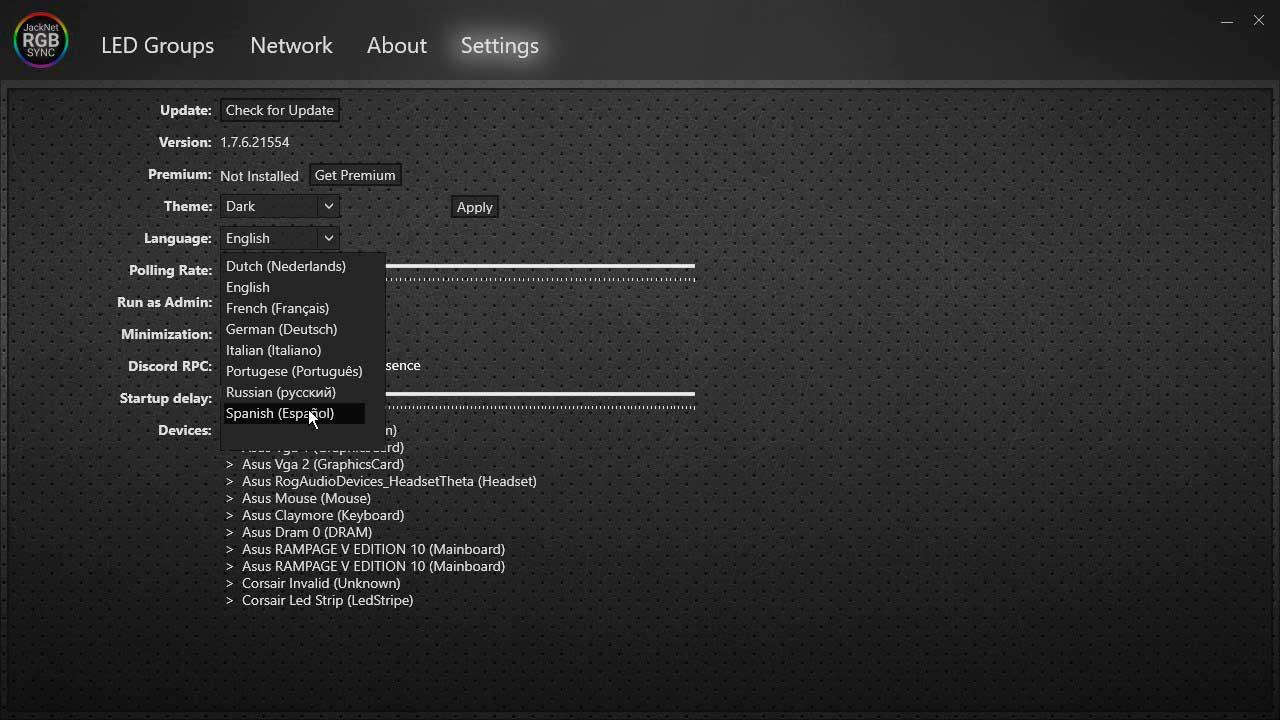 Within it we will have some options that we can mark and even become premium to unlock some extra functions. 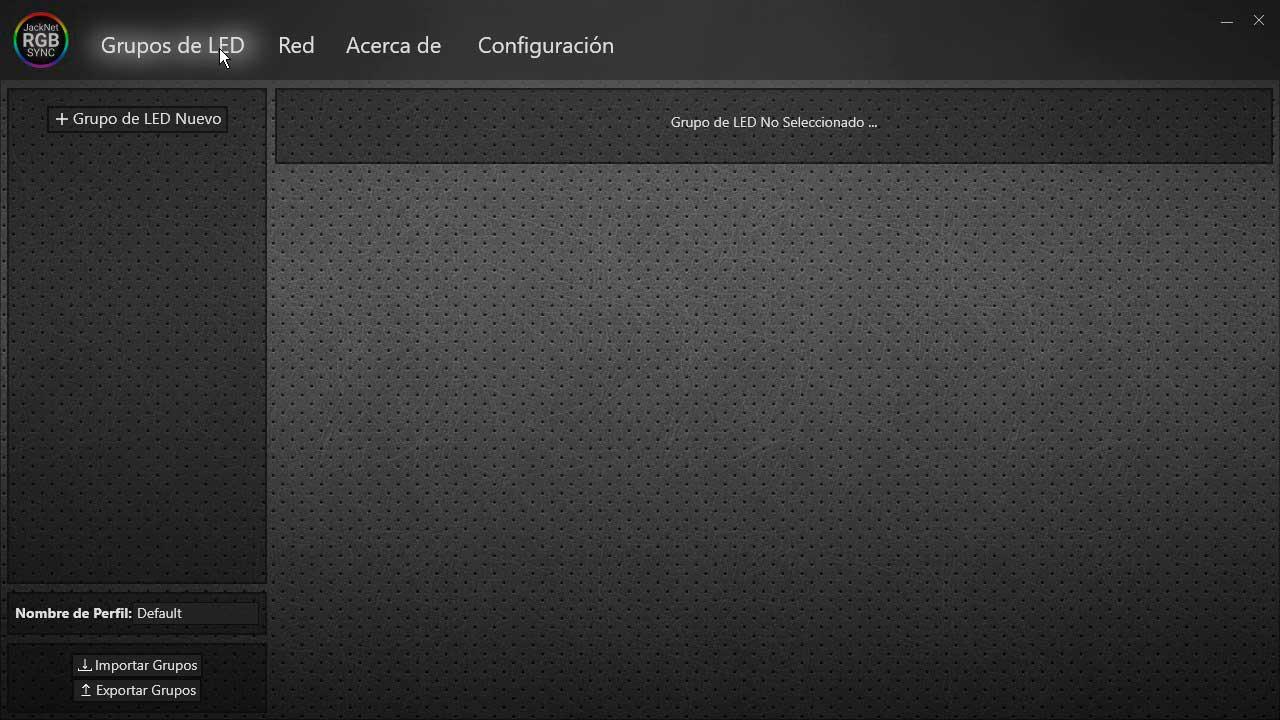 After changing the language and automatically restarting the program we will go to the first panel called LED Groups, where we will select New LED Group. 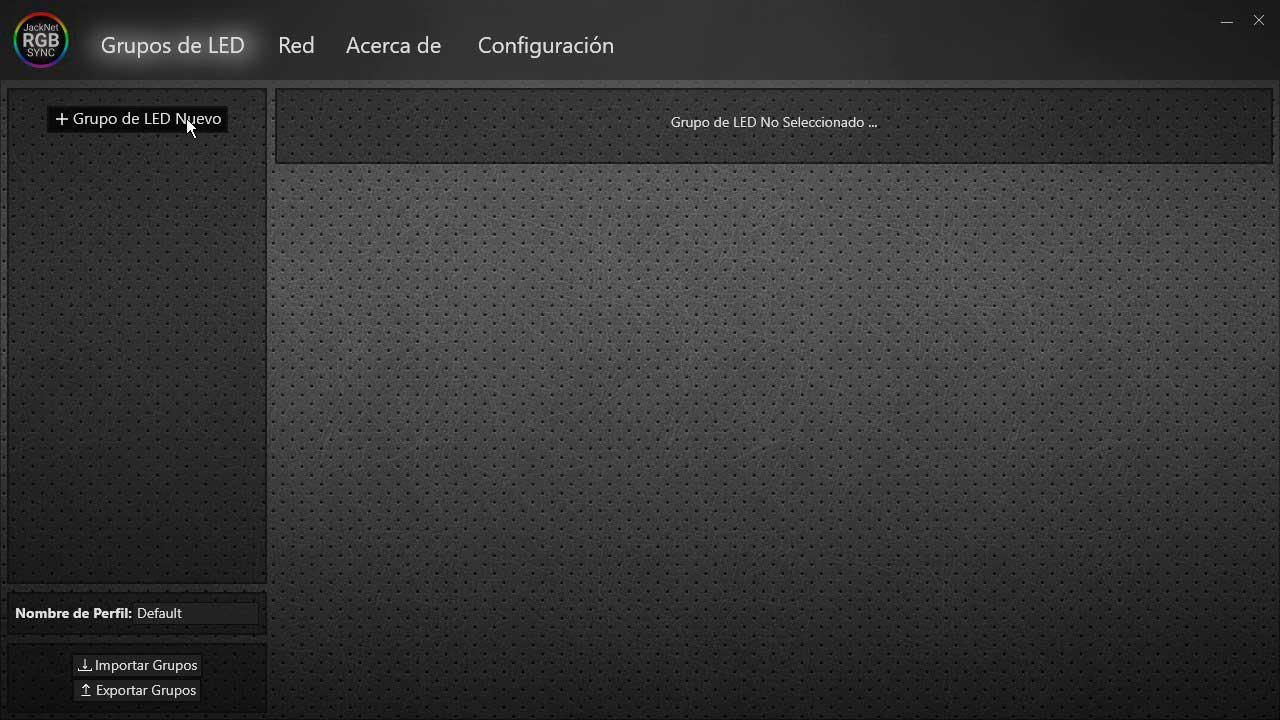 Once the group is opened, the first thing we will do is enter a name for that group, after which we will select the main LED. This section determines which will be the reference LED that will set the tone for the rest.

Normally a Corsair LED should be selected, which is usually the first in the series, but if this does not work as we will see later, another would have to be selected. 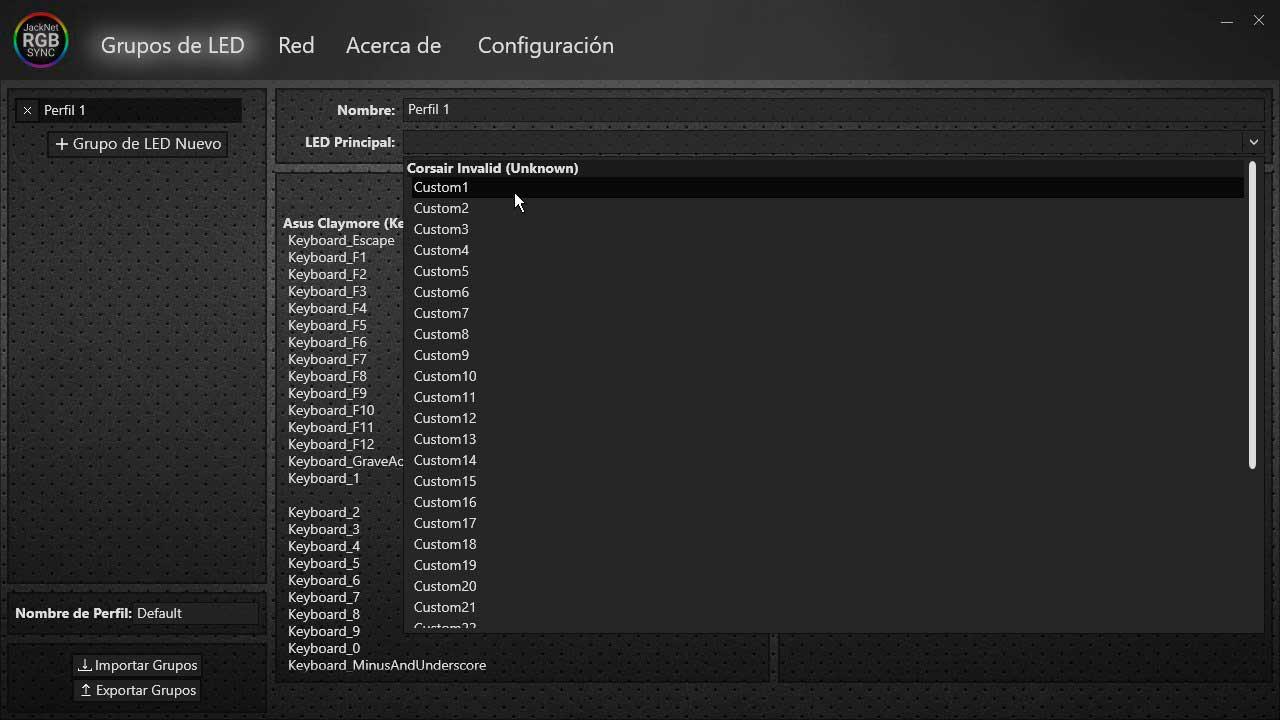 Once done, on the left side of the screen we will see all the components, peripherals and accessories that the program detects, as well as all the sensors they have for their LEDs. What we will have to do is pass all those components that we want to synchronize their RGB to the right side of the screen. 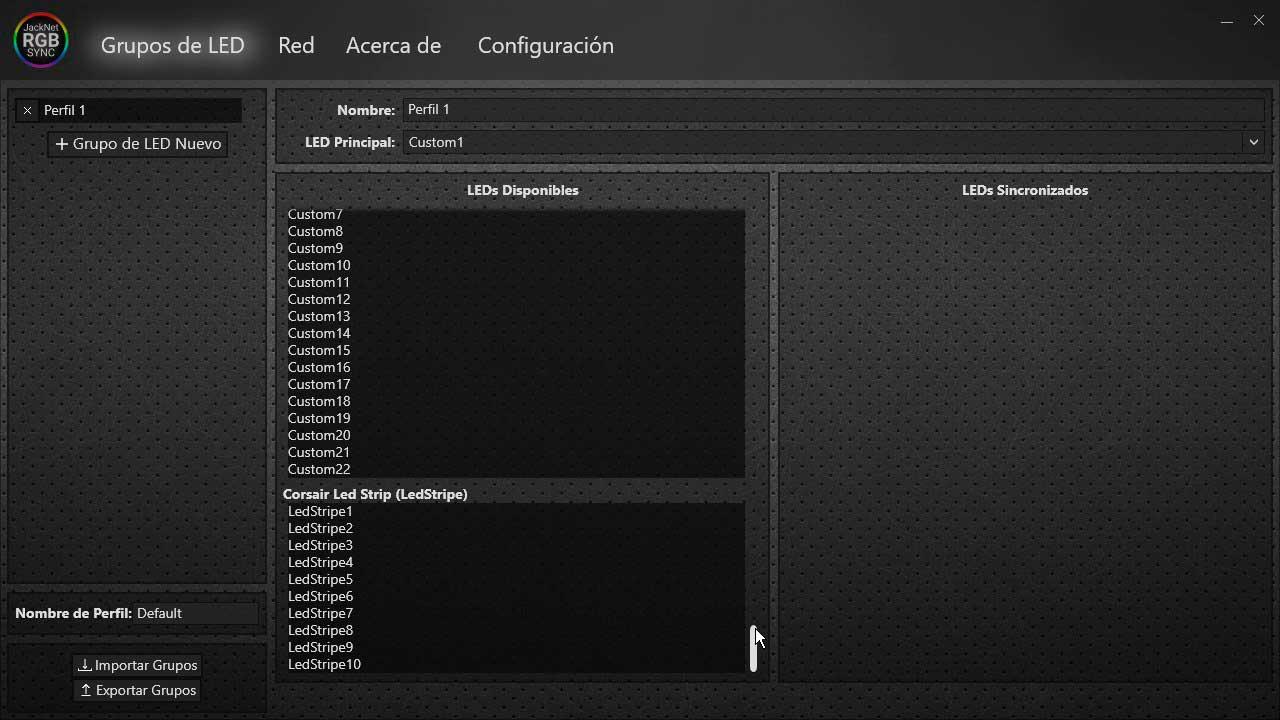 For this we can use the typical Shift / shift and select from the first to the last, since going one by one is an ordeal in the vast majority of cases. 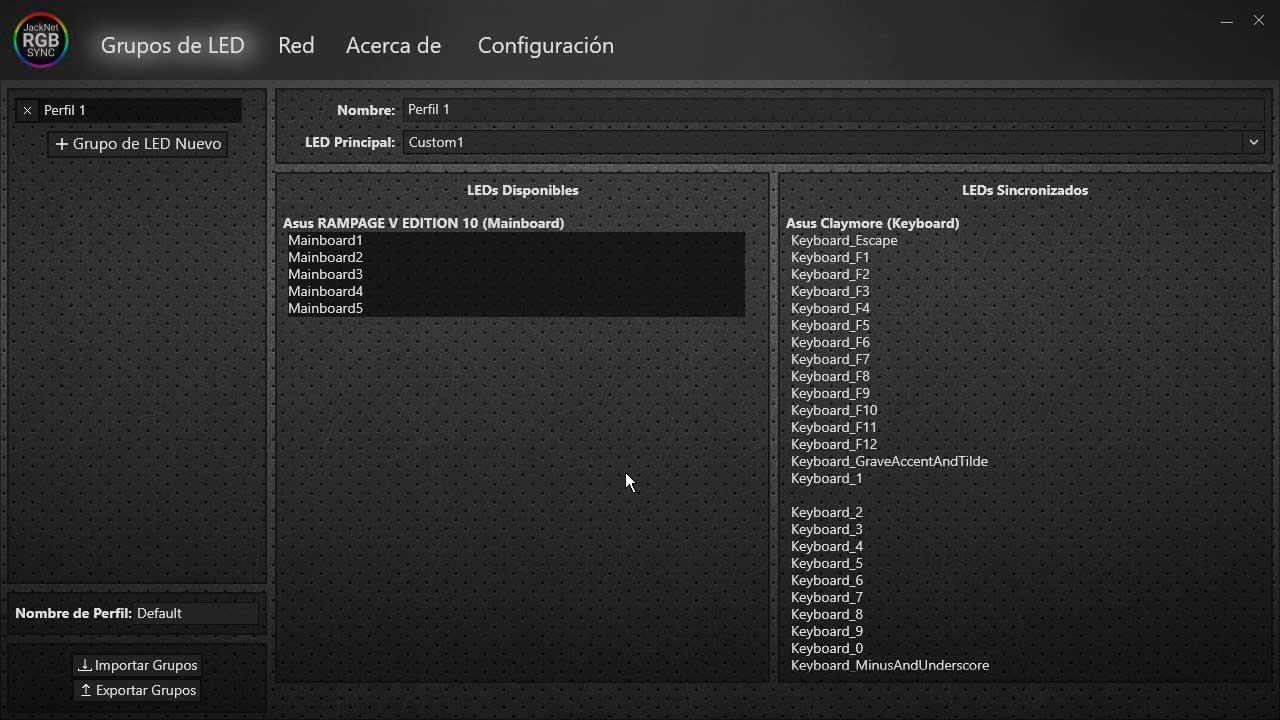 Normally the program does not leave anything undetected, although in our case it is not able to see the system that includes the ROG Balteus, so unfortunately it is out of sync.

It is a matter of time and resources that its developers can offer compatibility, as it will happen with other components. 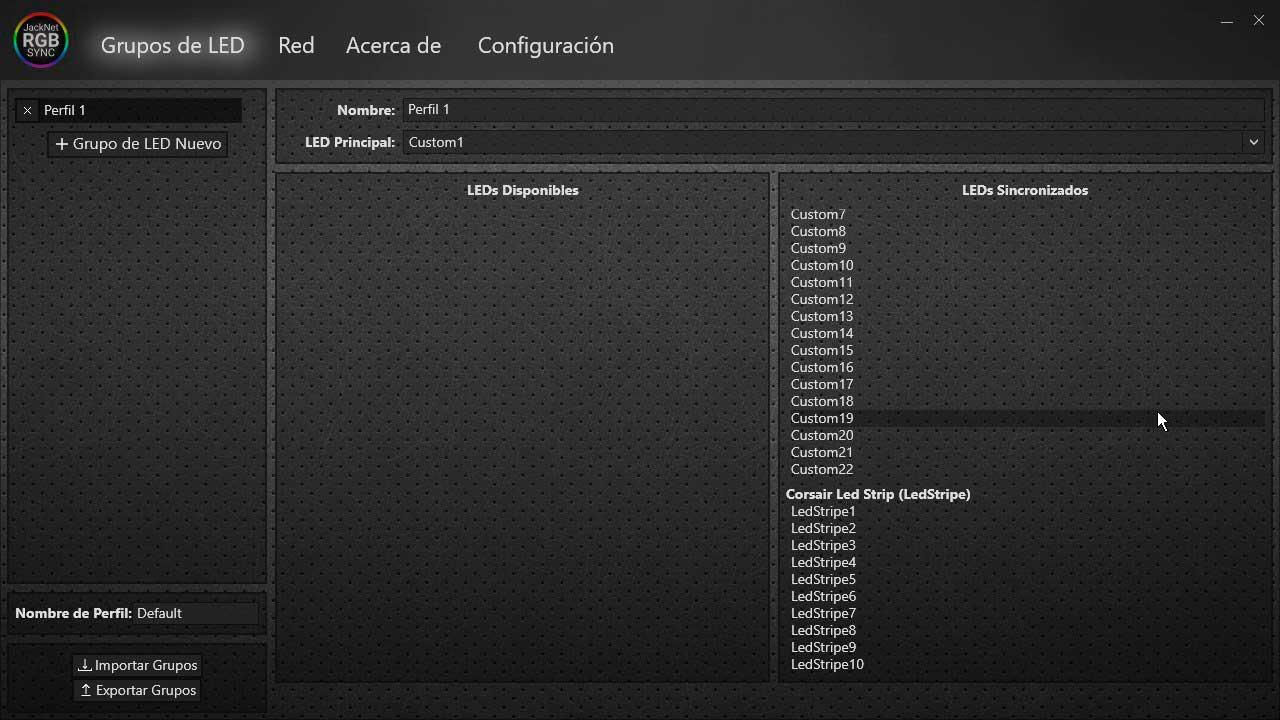 Once we have all the LEDs on the right side for synchronization, the last step comes: open the official reference software of the brand that we have selected. In our case, between AURA Sync and iCUE, the second works best as a dominator, but in other brands such as EVGA, GIGABYTE or Razer, it could be the other way around, it is a matter of trying.

As we have said before, iCUE will set the standard in terms of lighting, we will only have to choose the color or effect that we want so that it applies to all ASUS components. Keep in mind that since there is no standard in RGB and much less in lighting effects, many may not be available because one of the two brands does not include it.

In that case we will not have selectable lighting as a general rule, or it may appear but when selecting it, the peripherals of the other brand turn off, it is a matter of trying between effects and colors.

As we can see, JackNet RGB Sync is the first software that tries to successfully unify different brands and it is sure that if they continue to be supported through premium subscriptions and by making their program popular, they will further improve the support (which is already good in itself).