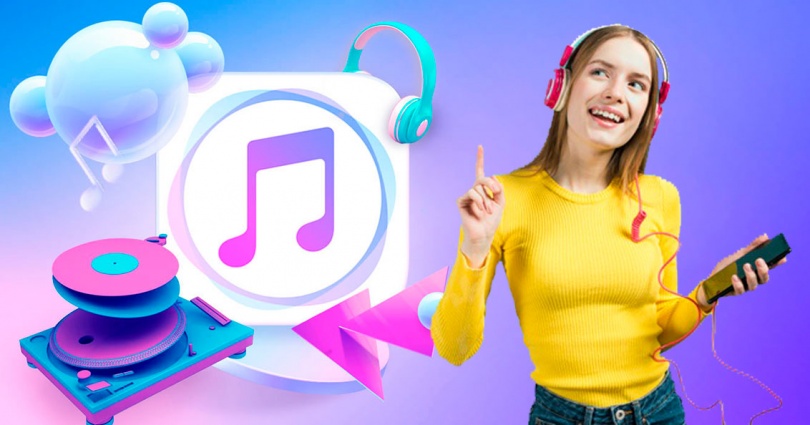 Have you ever heard a song on the radio and want to know what it is? Are you walking through a shopping center and you need the song that is sounding like piped music? Apart from searching Google for lyrics or some kind of information, did you know that there are mobiles that have song recognition tools? One of them is Huawei .

This is possible thanks to the partnership carried out in late 2019 between ACRCloud , a provider of automatic content recognition technology, and the mobile brand, who joined forces to bring automatic music recognition and search capabilities to music. audio to the native music app that runs on the manufacturer’s phones.

And it is that system apps such as the music player are not only used to listen to our favorite songs but for, as you can see below, much more.

The key to the system is found in ACRCloud’s technological solutions, which allow users of Huawei Music, EMUI‘s music app, to quickly identify music tracks that are played nearby. But it is also possible to go further since the tool is capable of recognizing hummed melodies, or searching for audio files stored on an unnamed device and saying which group they belong to.

This Automatic Content Recognition (ACR) relies on acoustic fingerprint detection in terms of accuracy and speed. The algorithm takes care of recognizing the tones and their rhythm and adds it to an ever-expanding catalog of search results. According to them, Huawei Music will provide the user with the information about the music tracks and, in addition, will add personalized recommendations.

A hidden function within the music app

Huawei Music is a music service created for users of the brand’s mobile devices that, in part, imitates Apple Music and the now-defunct Google Music, offering a complete catalog of songs, subscriptions, podcasts and much more.

With the aim of providing a unique music experience to users of the brand, it offers a library of high-quality music and premium radio programs that, before the US coup and its sanctions on the manufacturer, had 150 million users. monthly assets. Now it may not have so many but at least we can continue using it, as the headline of this article says, to recognize songs with the phone . How do you do it?

Very easy. The first of all is to locate the Huawei Music app on your phone, you can find it by opening the app drawer and entering its name in the search, although by default it is usually installed on the phone’s desktop. Once inside, among the many options that appear in front of us, you have to use the icon with four dots that is located in the upper right corner.

Inside here we will find, among all the extra tools of the app, we have one called Identify , the third icon starting from the left of the top. By clicking on it and accepting the relevant permissions, the smartphone will begin to listen to the song that is playing or how you hum the melody -with the best of your intentions-. Wait a few seconds and the result will appear before you.

Now, if you click on each of the buttons, you can listen to the song or a demo of it (depending on the subscription to the service you have), you can save it as a favorite, download it or share it with your friends through messaging apps or networks social.

Quickly recognize songs from the desktop

Ok, we know that the route is not the most comfortable in the world when you must enter various submenus from the Huawei Music app. A song lasts 3 minutes and if we catch it in its last bars it is likely that we will not arrive in time to recognize the author and the name of the song but, luckily, we can create a shortcut on the desktop. When you are inside the song identification option that we just talked about, inside the Huawei Music app, you will see that an icon with a square and an arrow appears in the upper right corner. When activating it, it will automatically create an icon on the screen of our phone that gives access to this tool immediately, without having to follow the confusing route mentioned in the previous steps.

Alternatives for other mobiles

Shazam , which was launched for the first time in 2002, is probably the app that comes to mind when we talk about a system to recognize songs with the mobile. Best of all, it is a free application for both Google Android and iPhone that can identify songs with just a few seconds of listening by using the microphone of your phone to listen to the song that is being played. One of the advantages of this platform is its ability to isolate the song from surrounding noise, allowing singles to be identified either on radio or television, or even in a nightclub. Of course, Shazam is not the only application that allows us to do this. Soundhound also quickly identifies songs from a short snippet, and maintains, like the Huawei Music app , a history of searches made with the app so you can track them again later.

However, before going to the Android or iOS application store and downloading any of these options, it would not hurt to take a look at the virtual assistant that you have on your phone.

Siri and Google Assistant know how to listen too You might be surprised to find that your phone already has this feature built in. The voice assistant on the iPhone and Android can do exactly the same as Huawei phones or any of the two mentioned apps. In addition, its operation is so simple that you just have to activate your voice assistant (either Siri on iPhone, Google Assistant on most Android devices or even Bixby on Samsung) and ask it to identify what song is playing .

Like Shazam, the virtual assistants of these different brands use the microphone of the phone to listen to the track and compare it with the information they have housed in a huge database. After a few moments of listening, the artist and song title will be displayed, along with an album image. If you click on it on an Android phone, you will be redirected to a Google search page for more information. On an iPhone, Apple Music will open where you can listen to the track if you have an active subscription.