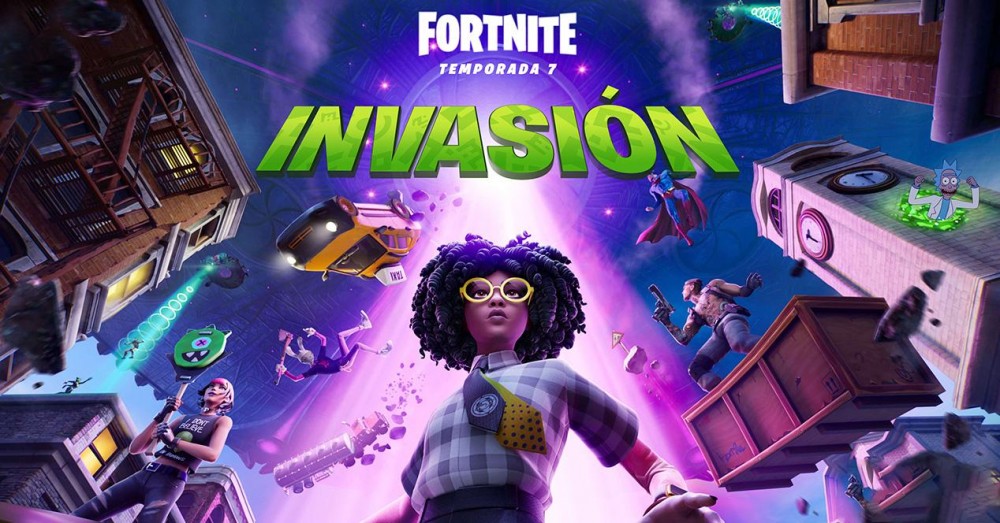 Fortnite has left behind the prehistoric stage of season 6 and has given way to a completely different one in which aliens have invaded the island. With the name of Invasion, this new season has brought an unknown enemy that has invaded every corner of the island in the form of an alien army.

What awaits us in Season 7?

Dinosaurs have become extinct on the island of Fortnite (pun intended), and this time it was not due to the eruption of a volcano or the arrival of a giant meteorite. The problem is in an alien invasion that is wreaking havoc on the island. For this reason, the Order Imagined (OI) is trying to fight back under Doctor Slone, at the same time that some allies join the battle or others decide to join the enemy.

Among these allies, the presence of Superman is striking, who, dressed in his unmistakable cape, will allow us to fly over the island and, we will see, whether to destroy everything that is put in front of him with his rays. On the other hand, we will have Rick Sánchez, the famous scientist from the Rick and Morty series who will surprise us with weapons and accessories each more crazy and destructive. It also draws attention to the appearance of the skin, since it is a drawing that draws a lot of attention in the middle of the game.

Another novelty is the presence of the alien ships, a floating means of transport that will attack you if they manage to see you, but that you could intercept with the idea of ​​taking command. Thus, you will be able to move around the island at full speed through the air, being able to even catch objects, vehicles and players with your levitation weapon.

Now that the season has become intergalactic, during the game we can get the so-called Battle Stars, which are nothing more than badges that can be exchanged for Battle Pass items. Thus, we can unlock Battle Pass objects in the order we want, although as always, you can unlock all of them as long as you reach level 100. You decide.

As in every season, a great list of new costumes have arrived in the game with which to customize our character, this time being a quite striking variety, and among which Superman and Rick Sánchez obviously stand out. The new costumes arriving with Season 7 are as follows:

After the aliens arrived, the island received several attacks, filling many of the areas with a strange material, although we will also find nuts and bolts, essential elements to improve and evolve our weapons.