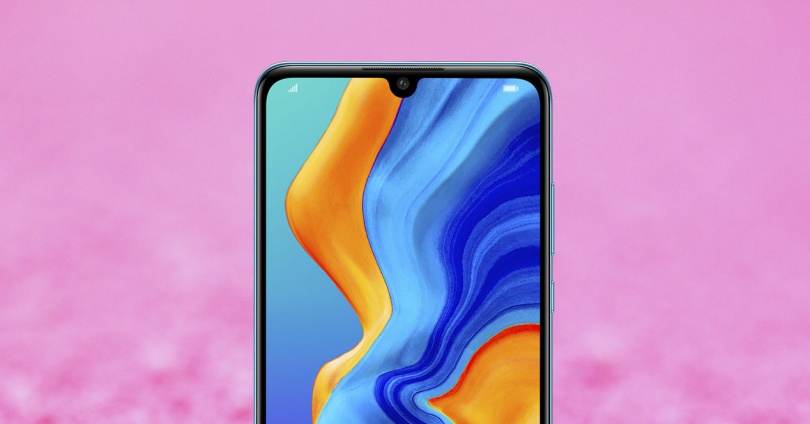 With the arrival of front cameras on the panels of mobile devices, manufacturers opted to have the now more than well-known notch. In addition, it came into our lives for a while and now with the leap that this technology has made it can be “hidden” on the screens of the phones, a necessity that many users bet on and that not all brands offer. In Huawei, for example, we do have the possibility of hiding the notch or hole on the screen , an option that comes by default in EMUI and allows us to change the aesthetics.

There are many people who are not convinced by the hole in the screen and would prefer to return to the classic screen frames. However, and as smartphone designs have progressed, everything indicates that this does not seem possible, but at least we can simulate the framework with the Asian manufacturer’s own software. An option that is available on all phones with EMUI in any version that has a different front camera than traditional selfie sensors.

The negative side of hiding it in the Huawei

The use of the notch by Android mobiles was a trend that many followed and that right now, even more than it has, is a reality that is deeply rooted in smartphones. The models with the upper part of the screen in which we find a small hole do not stop appearing in the terminal market and today it is almost impossible to find a phone that has a rectangular panel without a notch. For example, the first Huawei to opt for this technology were the P20, arrived two years ago, since then they have not stopped launching models with this same feature. And although not all users have liked this implementation of the hole to house the selfie camera, the fact of hiding it is not that it will convince everyone. At least, many of the manufacturers offer us the possibility of hiding it and that it cannot be seen with the naked eye. All thanks to the software, as is the case with Huawei. This brand offers us the option to pretend that the screen is complete and that there is no type of hole.

However, the main problem with this, and one that we do not like too much, is that when we “remove” the notch, we lose a part of the screen. That is, we will lose whether we want to or not that piece of the panel of our Huawei mobile device. Basically because with the customization layer, EMUI, it will color it black, turning that part of the screen into a kind of frame with which it will appear that it is another part of the phone itself.

However, although that hidden area cannot be appreciated, this part of the panel will remain active, as will the touch area to display the notification panel and other smartphone settings. As long as we have an application that runs in full screen, the upper part of the mobile device will remain completely black. But, it must be borne in mind that when the applications do not need this, this frame will be used by the phone to include there the different icons of the notifications, among others.

Step by step to hide the notch

Manufacturers have been dedicating a lot of time to the design in which the front camera of the phones stands out for having a notch. In addition, it will depend on the model where this hole is located, although it is inevitable that it occupies a part of the margin of the screen itself as it is a dedicated space to use the front sensor and take pictures.

As we mentioned earlier, EMUI, the well-known software layer of the Asian firm’s phones in which we find different options such as activating the Always on Display mode, blocking apps with a password, among many others. Although the one that we have presented today is one of the alternatives that attract the most attention.

In it, we find a configuration within the system settings in which there is an option with which it is possible to hide the hole to hide it if it ends up bothering us for any reason. Of course, we must assess the problem that we have mentioned above. Even in the brand’s P40 Pro, two sensors will end up being hidden. So that we can create a digital frame in the upper part to cover the notch, the steps to follow will be really simple and its configuration will be very fast. In addition, it will always be operational in the event that we want to take an image, since we only make it go unnoticed. Therefore, in order to hide the notch of your Huawei mobile device, you will have to do the following:

So, once this function is activated, we will have a frame at the top of the panel. Of course, you may like it or not, it will depend on each user. More than anything because the aesthetics can look good or it will simply be even more uncomfortable than the fact of having the hole in the phone panel with the naked eye.

Can it be removed on all mobiles?

After seeing how the Asian manufacturer does have the configuration to hide the hole in the panel of their mobiles, they are not the only ones that have such functionality. For example, Samsung mobiles decided to eliminate this possibility with One UI 3.0. With it, they expanded the size of the border to hide it. However, despite removing this setting, they introduced a similar feature called Full Screen Apps. This consists of enlarging the applications so that they go beyond the camera of our terminal, with the aim that we can make the most of it.

And they are not the only ones, since both Realme UI and Color OS phones offer us many similar features. In these software layers you can find a feature called Screen display that will let us choose how it is going to behave according to the app that is running at that moment. We also find it in Xiaomi smartphones, since it leaves the full screen mode functionality at our disposal, in addition to allowing us to choose which apps we want to use with this configuration. And with this, we can clearly see how there is no standard method for all brands, since only some firms have these functionalities to facilitate viewing with and without a camera involved.