If you are looking for how to disable special keys in Windows 10, it is because you may not be seeing them as practical or that you are finding it especially annoying to use them, especially if you usually play shooters or some video games in which you have to use the capital key many times to any of the game functions, or if you use an application where you need this key.

They are keys that exist since the first versions of Windows and continue in the most recent versions, including Windows 10. Therefore, we are going to tell you what the special keys or Sticky Keys consist of and how to deactivate them because you have already tired of having them in your computer (or because they hinder you). The special keys of Windows 10 are keys that do not correspond to the usual numbers or letters, and if they are merged in combinations, special functions such as delete, print screen, tab, uppercase, Ctrl key, the logo can be performed with them. Windows and others.

With keyboard shortcuts you can perform quick actions by combining these special keys depending on what you want to do. This makes it easier for you to do certain things, so it is especially useful for many people and many specific needs, such as wanting to copy and paste something easily.

Special keys improve accessibility when executing keyboard shortcuts for which you have to press several keys at the same time, because instead of having to press one key after another.

This feature was initially used for people who have a physical disability or those who want to avoid repetitive strain injuries . Thus, keyboard commands can be used by pressing one button after another and not at the same time. If you are a clumsy person, need it or find this practical function, you will appreciate it. However, if not, it may be annoying or unnecessary.

How to disable them

If you have decided that you want to get rid of the special keys once and for all because it bothers you rather than being practical, we are going to discuss two methods to make your wishes possible. One is the fast method, which if it is already activated on your computer will make things much easier for you, and the other is the conventional method in case you prefer it or the previous one does not work for you. 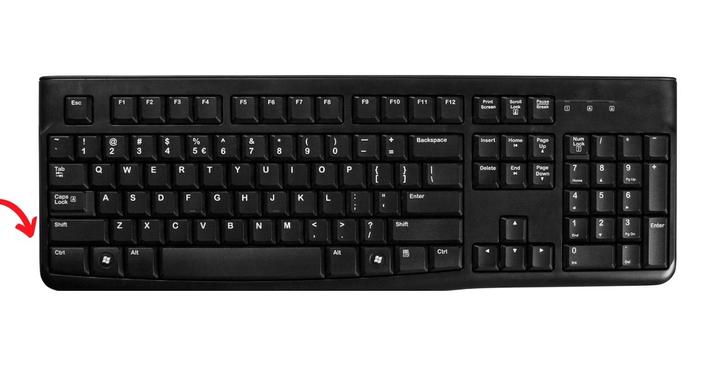 To use the quick method you have to press the Shift key (Shift) 5 times. A screen will appear asking you if you want to activate the special keys, what they are for, and you have the option to click yes or no. What you have to do is go to the option that appears before yes or no, which is to disable the keyboard shortcut in the accessibility keyboard settings .

If you access this function, it will appear in the keyboard configuration. You will see an option to Use Special Keys. With it, it allows you to press one key at a time for keyboard shortcuts. You just have to press On or Off. If it appears Activated, you are using the special keys. Hit it again to make it appear Disabled . It is done. 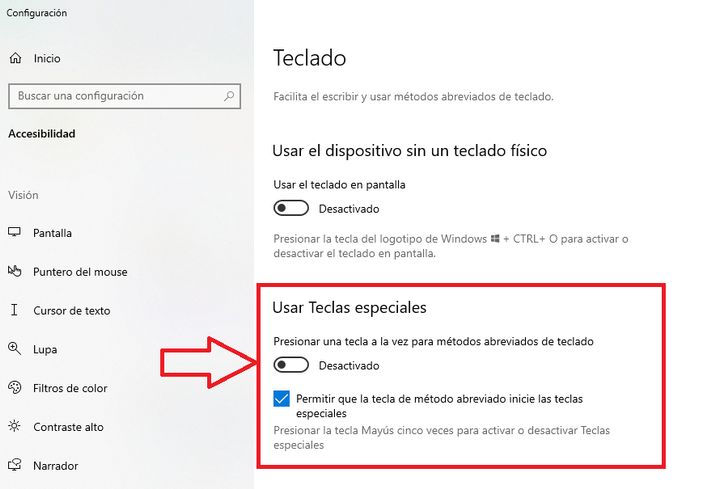 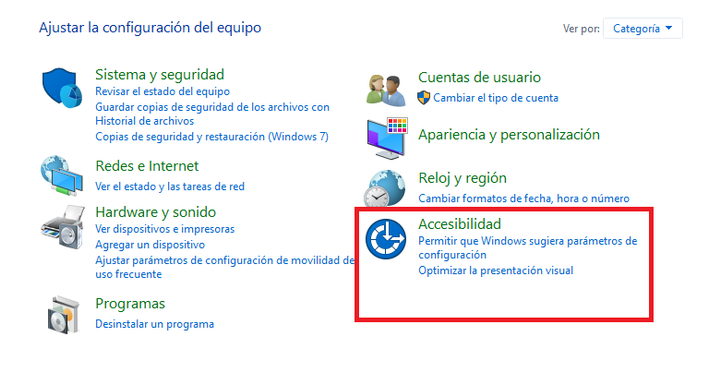 In control panel, look for the accessibility option. It may be the last one you see on the screen. Press accessibility. Select the option that says Change keyboard operation. You are now in the option to Facilitate the use of the keyboard.

You will find an option that says Facilitate Typing on the keyboard and in it the option Activate Special Keys marked. You just have to hit it again and deactivate the special keys.

You can also configure special keys if you want to change another configuration option instead of deactivating them. Once you have deactivated the special keys, click on apply and accept. Now you can start enjoying your computer without the annoying special keys.

If you want to make it easy to turn them back on , just click Allow the shortcut key to launch the special keys.

If all you want is to deactivate the quick access of capital letters because it is what bothers you, you only have to go to “Activate Special keys when the Shift key is pressed five times” and deactivate this option. Thus, you can get rid of the problem of this key without having to give up the special keys.

How to activate them again

If you have left the special keys function activated, to use the function you just have to press the Shift key 5 times in a row and click yes on the screen that appears (the same one that you accessed by the quick method to deactivate them). In this way, when you are going to use a keyboard shortcut you can do it key by key instead of all at once.

If you don’t have the option to allow the shortcut key to start the special keys, no matter how much you hit Shift, it will do absolutely nothing. You may have removed it because it bothered you, because it was like that on your computer or simply without realizing it.

When activating the special keys, you will find the following possibilities that it can be practical to activate or deactivate at your convenience.

If you do not remember which are the most recognized special keys or what each one of them works for, we are going to refresh your memory by reminding you which are the most commonly used and what their practical operation is. Each can be combined with others to create special functions and make it easier for you to operate Windows 10, so we briefly introduce them to you.

Some special or control keys to facilitate certain functions are: