Assembling a new gaming PC , or more specifically choosing the storage for it, is something that usually does not generate many doubts. The storage capacity of SSDs is increasing and the price is falling accordingly, so today SSDs of 1 and even 2 TB of capacity have already been standardized. However, of what capacity should you buy the SSD for your gaming PC so as not to fall short or spend more money? Let’s find out.

Currently, when choosing an SSD for a gaming PC there are two options: either you go for a SATA 3 model that provides high capacity at a low price, or you opt for an NVMe PCIe SSD in M.2 format that delivers much higher performance, but so is the cost per GB. Therefore and as always when we talk about buying a component for the PC, the first thing you should take into account is your budget, but of course also your needs. Games and programs needed, how much space do they take up?

There are certain programs that as a general rule almost all users have installed. Windows, the Office suite, our gaming hardware software, game launchers (Steam, Epic, UPlay, etc.) and some more additional ones take up some disk space that we cannot avoid, because they are necessary. In total, how much do they occupy? 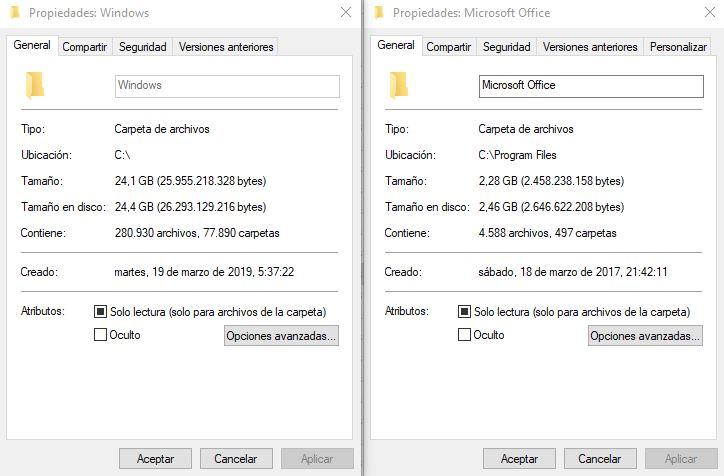 In the screenshot above you can see what an installation of Windows 10 Pro (Version 1909) and Office 2016 occupies, totaling approximately 27 GB of space. However, there are certain additional files within the user folders, program files and temporary files, and on average we should add an additional 10 GB to this, so if we round up, let’s say that we have to reserve around 40 GB for the operating system and necessary programs.

As for the space that the games occupy, obviously it is something that depends on the game. Below you can see some examples: first the Steam games installation folder, which contains Black Desert Online, Left 4 Dead 2, Portal 2, Satisfactory and Shadow Arena. Next to it, the space occupied by the League of Legends installation, and below a couple of examples with World War Z and the new Trackmania. 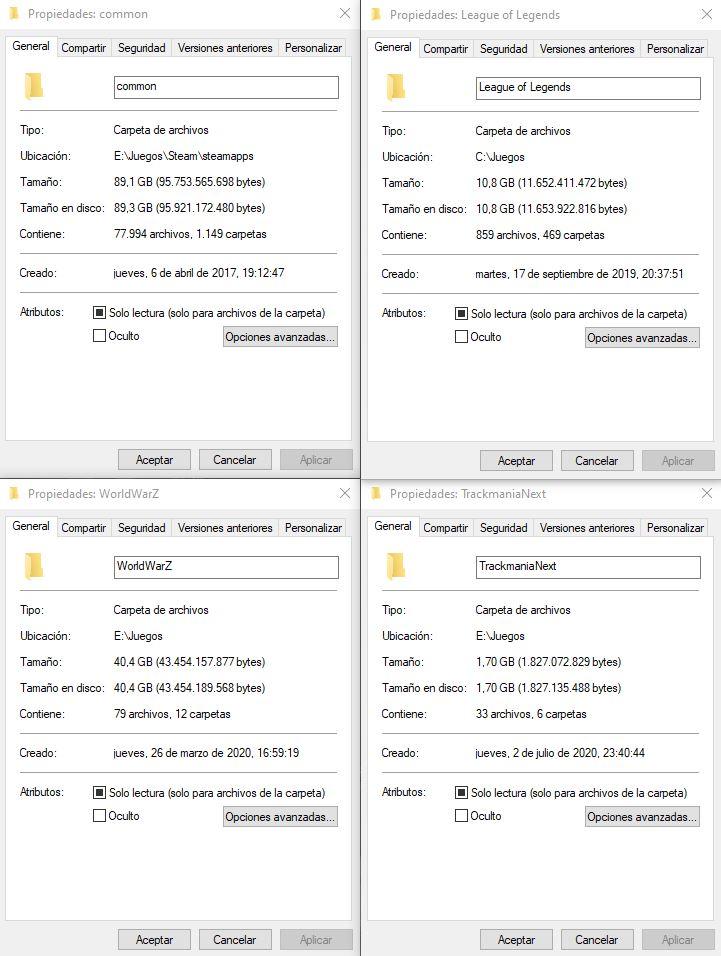 The sum of all these titles is approximately 142 GB, and if we add the 40 GB that we have mentioned before, we would have in total about 182 GB occupied. Obviously in this example we do not have so many games (8 in total) nor are they the increasingly common triple A that occupy about 100 GB, that must also be taken into account.

How much capacity should you buy an SSD for a gaming PC?

Seen above, as always depends. If your claims no longer include not only playing triple A games, but keeping several installed at the same time, really with a 240-256 GB SSD you will have enough, which will allow you to make a minimal investment. The problem comes when you want to have several installed at the same time, because in that case this capacity would fall short.

With a 480-512 GB SSD, you will have plenty of space to have several small or medium-sized games like the ones we have shown in the example and, at the same time, have several triple A titles installed without any problem.

Continuing with the examples, this is the total and available capacity of two SSDs, one of 1 TB for the operating system and applications (and among tools, benchmarks, office automation, photo, audio and video editing and others, we assure you that we have many things installed), and another of 480 GB that is used entirely for games (with the examples that we have put before and some more).

As you can see, there is a lot of space left over, especially on the 1 TB SSD that we use as a system device.

Finally, to mention the SSDs of 1 TB or more capacity ; Currently and given what the games occupy, they would really only be interesting for gamers who are constantly playing different games (or who are very lazy and do not want to be uninstalling and installing every time). We could say that the standard or ideal SSD capacity for a gaming PC is currently 500 GB (from 480 to 512 GB depending on the technology they use, you know how this goes).