To be able to use Windows legally it is necessary to activate it with a license. The license is the famous serial number that we need to enter during installation or in the activation process to unlock all the functions of the operating system. Depending on the edition of the license (Home or Pro) it has a more or less expensive price. And also, depending on the type of it ( OEM or Retail ), this will be more or less expensive. However, what happens if we have two computers? Will we have to buy two licenses or will it work only with one?

The first thing to remember is the difference between the two types of license. On the one hand we have the OEM license , cheaper than usually only sold to manufacturers. This is the one that comes by default when we buy a PC and is only valid for that PC. The Retail license is more expensive, and it is the one that any user can buy. This is not linked to any hardware, and if we change computers we can activate it other times.

If we are one of those who buy already assembled computers we will have no problem, since most of them come with factory licenses (OEM). However, if we have one, two or more computers mounted by ourselves, or by a store, things change. These computers do not usually have a Windows license. And this is where the questions begin. 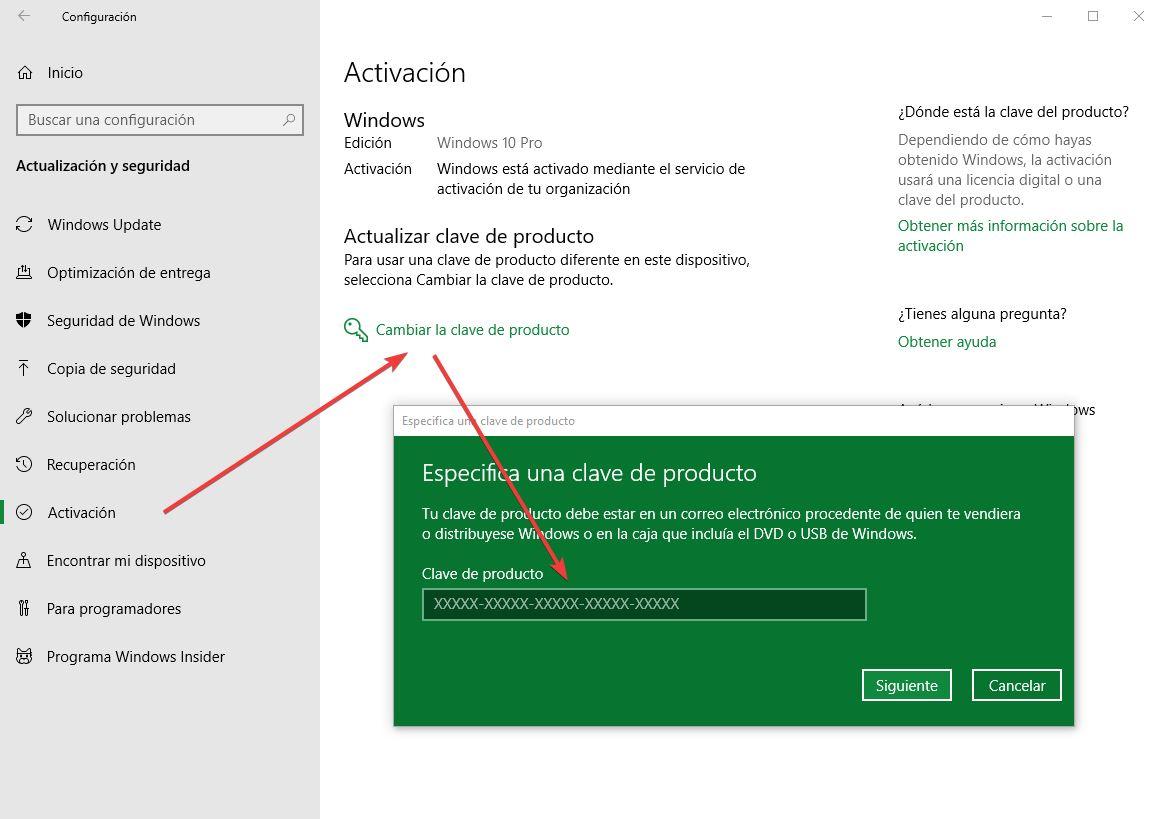 If I have a Windows 10 key, can I use it on two or more computers?

Windows OEM licenses are only valid for specific hardware . This is linked to the motherboard, and while it allows us to change some components (such as hard disk, memory and even graphics, if you can), at the time the board or CPU is changed, the license ceases to be valid. Hopefully, if we only change the CPU we could recover it through the Microsoft SAT. But if the plaque dies, the key dies with it.

This means that if we have an OEM license and we have it activated on one computer, it cannot be activated on another computer. However, we could take advantage of the license if we bought a motherboard identical to the one we had. But it has to be identical, even under review. Otherwise it will be invalid.

Obviously, each key is unique. And therefore, we cannot activate it in any other way on other computers.

And what happens in the case of a retail license?

Retail licenses have a wider margin in terms of activation. These licenses are not linked to a specific hardware, and can be transferred. Therefore, if we buy another computer we can activate it with the corresponding key. And this can be done several times. Even if we buy computers very often and Microsoft blocks it, the SAT will allow us to continue activating the license on new computers.

However, we should not confuse this with being able to activate the same license on two different computers. The key can be transferred, but it can only be active on one computer at a time.

If we activate a Retail license on a second computer, 3 things can happen:

Of course, within the same computer we can make changes, such as buying a new hard drive, and formatting and reinstalling Windows 10 without problems. This will not affect the license (nor the OEM).

Microsoft’s terms of use are clear. It only allows one license to be used on a PC at the same time. It doesn’t matter if it’s OEM and Retail. A password can only be used once at a time .

And what happens if the two computers are the same? In theory we might think that if both computers have the same hardware, and we also clone the operating system to have the same ID, the license will work. And it is true, it will. However, Microsoft will know perfectly well that they are two different computers, and could disable it equally.

What can I do if I have to activate Windows on two computers?

Well, the truth is that in this case there is only one option: buy two licenses. There is no legal way to activate two or more computers are the same license . Even the KMS licenses of companies are different and are linked to an activation team.

Nor do we recommend buying OEM licenses worth one or two euros. They are fraudulently used fake licenses and, although we may be able to activate it at first, it will have the days counted.

And if for some reason we had an OEM license and now we want to use it on our new computer, we can’t do it. We will also have to buy a new license to activate it on this computer. We can take advantage of and buy a Retail license so that, if we change PCs in the future, we can keep the license in force.