In the big Spanish cities there is no problem when it comes to having mobile coverage . Even in areas close to large urban centers we can have 4G and even 5G coverage. However, at sea, there comes a time when coverage is reduced, but even a few kilometers from the coast we can still have coverage. But how far does it go?

The mobile coverage that reaches mobiles at sea comes from the same antennas that provide coverage on land . Its signal is broadcast omnidirectionally, so it also reaches the sea. The distance it reaches depends on the location of those antennas, the power and the orientation. Up to 28 km: the coverage range of the antennas

At sea, there is the advantage that the signals are unobstructed, so their range in a straight line is usually greater than on land. In addition, the sea facilitates the propagation of various frequency bands. Normally, from 15 nautical miles (about 28 km), the coverage reception is lost. It is also necessary to take into account the legislation of international waters, where telephone companies can restrict the signal to a distance of 20 miles if they wish (37 km), avoiding interference with ship or cruise repeaters . 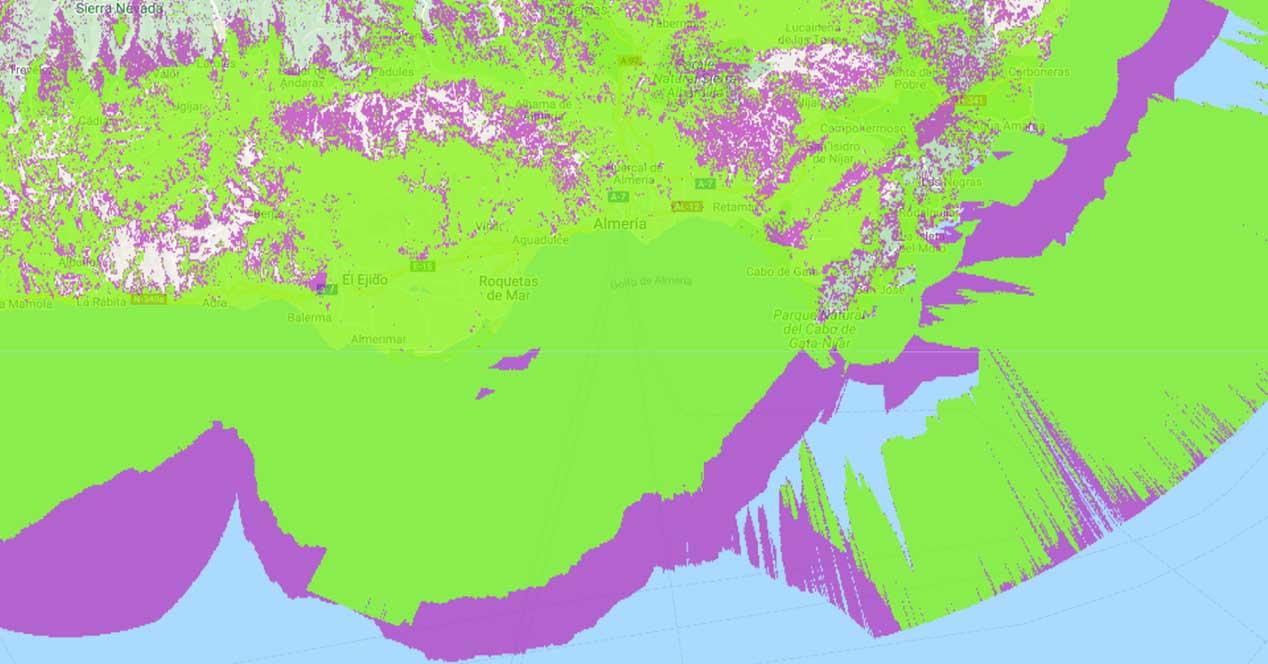 However, although the distance that the signal reaches is quite wide, the reception also plays a key role. Cell phones do not exceed 2 W of power , thus limiting the distance at which they can receive a signal. For this reason, the coverage does not usually reach them beyond a few kilometers .

However, at sea it is still possible to use the Internet. If you have been on a cruise, you will usually have seen that they offer WiFi coverage on the ships, although at prohibitive prices. That’s because the boats use satellite connection through antennas placed on the deck.

On those boats it is also possible to have mobile coverage. Operators such as Movistar offer a maritime coverage service , where the ship itself has a repeater to offer mobile coverage with our operator, despite the fact that the connection leaves the ship via satellite to reach the normal Internet.

This Movistar maritime coverage service costs the same as the air or satellite services offered by the company. The cost is quite high, costing 7.13 euros per minute (VAT included), with a call establishment of 3.02 euros (VAT included). Billing is done by seconds. SMS costs 1 euro, and MMS 4 euros. Receiving SMS is free, and the cost of data traffic is 36.3 euros per MB (VAT included), and is billed per KB.

As we can see, the price is very high, but given that space is filling up with satellites thanks to companies like Starlink, the cost of sailing on the high seas or on planes is going to be significantly reduced.

Beyond the satellite, the ships are also equipped to use VHF (high frequency) transmissions, with ranges of 30 nautical miles (55.5 km), allowing them to communicate with land or other nearby vessels. These radio communication systems are vital, being able to receive and send weather-related alerts.