Life on Mars doesn’t look like it’s going to be an easy ride for the first astronauts to travel to the red planet. The atmosphere of the red planet is composed of carbon dioxide practically in its entirety, 95%, and its harsh climate with average temperatures of -46ºC that can reach minimum values of -87ºC make it an inhospitable place in which the living conditions They are extreme and for which you have to be aware. To the race to conquer Mars in which companies like SpaceX are immersed, whose main mission is to build ships that are capable of reaching Mars, is added the disadvantage that the people chosen to travel to the neighboring planet for the first time are really prepared to be able to survive and surely never be able to return to Earth. Two factors are involved here: physical and psychological. It is useless to be physically prepared if the extreme conditions of the planet make your mind not capable of assuming them. That is why scientists have been working for years to reproduce the living conditions of Mars on Earth. 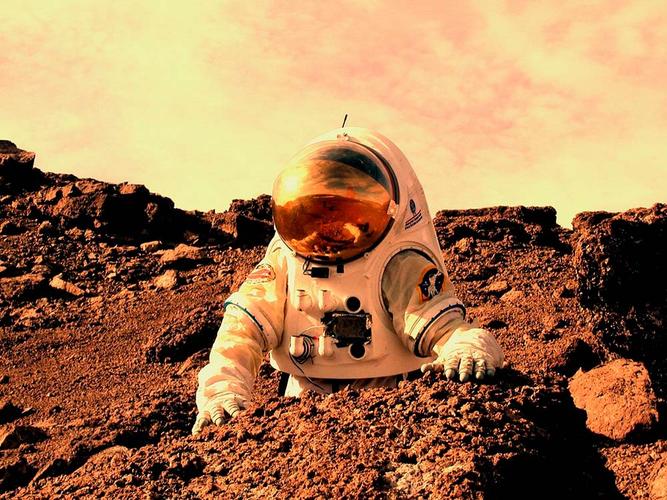 The resources available to the first astronauts who are part of the first mission to Mars will be scarce. It is not part of the plans to waste the smallest amount of food, water or oxygen, and in case of exhaustion, they will have to manage to cultivate them as the actor Mat Damon does in the science fiction film “The Martian”. In addition to the scarce amount of resources , communication with the Earth would be a challenge. Any message the astronauts sent would take about 11 minutes to reach Earth. A lag that does not seem like a long time but if it is a life or death situation it can be crucial.

For all these reasons, NASA technicians have planned three one-year missions each in which living conditions on Mars will be simulated. All of them will take place at the Johnson Space Center belonging to NASA and located in Houston. The four people selected will have to live in a module made by a 3D printer named Mars Dune Alpha.

During the missions, in addition to living in their own skin the scarcity of resources that life imposes on the red planet, they will also carry out scientific experiments, use VR devices and simulate spacewalks. One of the great challenges will be to be conditioned by the possible loss of communication with the mission control center.

The replica of the space base has 160 square meters with different modules for each astronaut. It has two bathrooms, an infirmary, a gym and several work areas. The space base that is capable of simulating living conditions on Mars has been designed by the architects of the BIG-Bjarke Ingles Group firm. The goal is for this habitat to allow astronauts to experience the same conditions and challenges similar to those they might face on Mars. Mars Dune Alpha is capable of adjusting lighting, temperature, and noise levels to the circadian rhythms of its inhabitants.

A city in the middle of the desert

Mars Science City is a project led by the United Arab Emirates that aims to simulate life on Mars. Dubai has been considered the first place on the planet where the world’s first extraterrestrial city has been built where you can live like on Mars. In this case, there are countries that are not satisfied with traveling to space or conquering Mars, but their objective is to transfer this experience to Earth. This is the case of Dubai, which is completing the construction of the world’s first Martian city. The country announced their ambitious project in 2017 but it was last year when they have taken it up again with force.

The city Mars Science City will serve as a training ground for future trips to Mars and has a whopping 176,626 square meters, that is, a space equivalent to 30 football fields. The inhabitants will live the same conditions as on the red planet, starting with the isolation in the underground facilities in the form of domes or domes designed with 3D printers. The interconnected biodomes will be prepared to house research laboratories, orchards and advanced mechanisms to generate energy. Unlike NASA, the Government of Dubai does not close the door to give it a tourist purpose, since the sketches have a museum, a theater and an interpretation center. 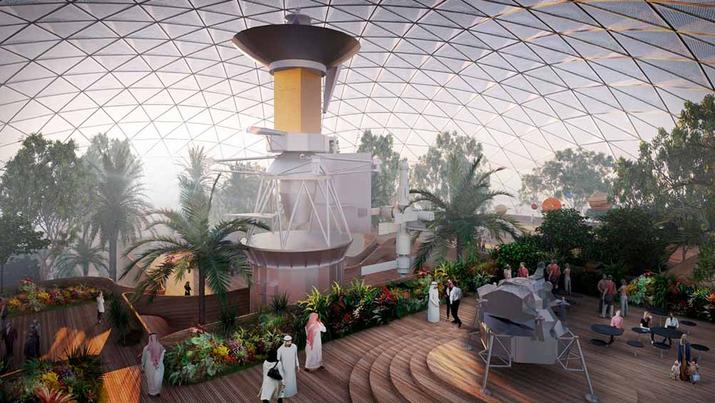