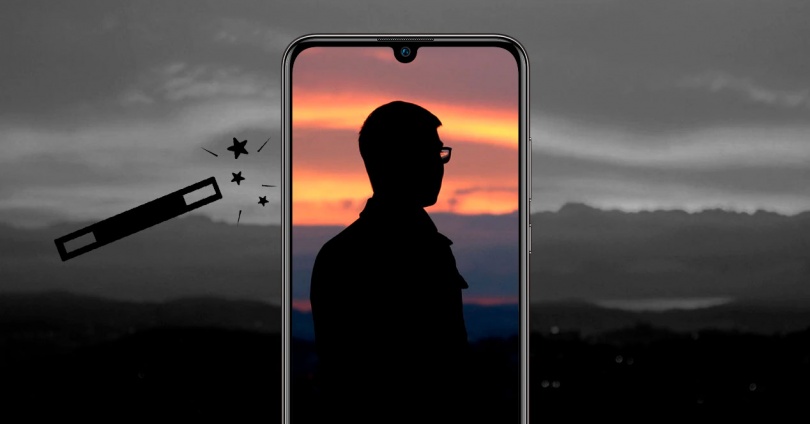 The photos we take with mobile phones are getting better and better thanks to the evolution of cameras, but that does not prevent us from having to adjust them on many occasions to achieve the ideal result. Hand in hand with the options to edit photos in Android we will be able to notably change the result obtained, making the image more attractive and giving it the desired appearance.

To make use of the mobile photo editing tools we do not need anything other than the apps that are already included in the terminal, unlike what happens with other needs in this case any Android mobile has them already incorporated and is they get better with system updates. In this way we do not have to complicate searching in Google Play for tools that in the end will give us a result similar to the ones we already have by default on the smartphone.

The mobile photo editor has it all (or almost)

Although we refer to Android mobiles, brands do not share photography tools and this varies depending on the layer of personalization that it carries with it. Your options change slightly, although the main and most important points remain the same beyond the cosmetic modifications. In any case, to use the photo correction options we just have to access the smartphone gallery and touch the edit button that is usually represented with a pencil or option bars. The moment in which we have to resort to editing photos on Android depends on each user, the need or the expected result. There are those who prefer to spend more time composing the photo so as not to have to go through the editing later, worse, on the contrary, there are those who rely on the automatic tools of mobile phones that are based on artificial intelligence and then modify it to our liking in edit. In either case, the photograph will keep the same level of detail, since beyond the cropping, the pixel density will not be affected with the original editor of the mobile.

As we have already mentioned before, each brand uses its own photo editor, which we can see in action with a different aesthetic section but with practically the same options. Below we show you what you will see on Xiaomi, Samsung, Realme and Huawei mobiles when editing a photo, where if we slide our finger along the bottom of the options or touch on the different games, more possibilities will be displayed in subgroups of edition.

But in addition to the editors we have known, there is the official Google app for editing photos on Android, known to many under the name of Google Photos. An app that acts as a gallery and serial editor for Google Pixels, as well as Nokia, Motorola and other terminals that use stock Android. However, anyone can download and install Google Photos on their mobile from Google Play to access its photo editing functions that for many users far exceed those of other layers of personalization. Once we know how to use the photo editor on our Android mobile, we only have to know all the options and possibilities that will help us achieve the ideal result in the photos after going through our editor. It is important to emphasize that there is no magic formula with which to get the best look in a photo, since it varies depending on the image, the tastes of each one and many other factors that alter the photo. We invite you to try each of the tools that we mention by following the tips and end up saying about the result you see.

Something very common in photos with the mobile is to need a cut, which helps us to fit the most important aspect of the image into the final result, in which we also run into a change in angle. We often take photos without putting all our eyes on the desired frame and that luckily can be corrected with a crop or even with a change of perspective that some mobile editors allow to correct after having taken the photo. From the cropping tool we also find in most cases the option to rotate the image, since everything on some occasion we have taken a vertical photo before the smartphone detected our position, luckily with a quick touch on this editing option we go to be able to modify it. To carry out the cuts we can also rely on the shape editors, who adapt it freely, 1: 1, 16: 9, 4: 3 or 3: 2 among other possibilities.

Brightness and contrast go hand in hand, supported by HDR

One of the most basic but undoubtedly most useful options when it comes to retouching photos on your mobile is brightness and contrast, with which we can give our photographs a very different look. We will only have to reduce the brightness if we have high areas of light or do the opposite if it is lacking. Along with this, the contrast will allow adapting the levels that differentiate the areas of the image. One way based on artificial intelligence to improve the results of brightness and contrast in photos is through HDR, which today almost all mobile phones use when taking the photo. With this we achieve that the shadow areas gain light and color without excessively affecting the areas that already have adequate detail. Sometimes it is difficult to achieve the ideal result digitally with these tools, but nevertheless combining all three we have the possibility of recovering photos that were not otherwise attractive.

Playing with the color of the photo

Leaving aside the black and white photographs for a moment, the color has a differentiated point in the photos and that can be further improved by retouching the result . Among the editors we have access to several options that manage to modify the color in one way or another, depending on the result we are looking for. Saturation is one of the most basic options but nevertheless gives the best result, adding a vivid tone to the image to make certain colors stand out. We can also use the color tones that in some smartphones are divided between skin tone and tone of the rest of the elements to achieve a tailored edition. Something that will also help us to achieve this is the level of black and white that is not only available for duo tone photos, but also greatly changes the result of the image.

A wide variety of filters are at our disposal in the editor, which can be achieved by saving steps in photo editing. Among the wide variety of options that are different, we find different modalities, from those that play with black and white, to those that revive the colors. To a greater or lesser extent, the filters manage to improve the photos of the mobile , although as always its use will depend on us. Editing photos on Android with this tool is not always a winning option since sometimes they reduce fidelity to the image, but other times applying them in a reduced way, something that in most layers can be adapted, we will get a magazine photograph without the need for be an expert. Our recommendation is to opt for the filters on a copy of the original image and from there choose to retouch it later or leave it as it is with the filter, if we decide to use a filter on an already retouched photo it will be more difficult not to convince since we have worked it for another purpose.

Other extras for photos

Beyond color corrections, adjustments to improve the framing of the photo and even filters, there are other options for editing photos that provide us with add-ons such as text tools, labels, stickers or advanced filters for change the sky that we find in Xiaomi phones. From these options we can also resort to giving a pixelated effect to certain areas with which, for example, we can hide the faces of certain people. Other options that are added to the advanced editing tools are the watermark, which we can customize on Huawei and Xiaomi phones, as well as the color selection to create a unique image in which we select which areas will have color and which ones. they will stay in black and white. These options are very changeable and sometimes experimental, so it is normal to find that each version and layer offers us new possibilities.

Touch the screen to compare the before and after

To achieve the ideal result we cannot forget an option that is not always identified on the screen while we edit the photo and is nothing more and nothing less than the touch on the screen. After applying a change and not having saved the image, we can keep our finger on an area of the photograph and it will make a preview of how the image was previously. This option is available on Samsung, Xiaomi, Realme, Huawei and on all Android mobiles through their photo editors. This way we can see if we have corrected the photo or we are really making a mistake with this change. In addition, when saving the photo, we recommend creating a copy and not saving it over the original, so as not to lose the option of recovering that partial photo in which we should make changes again later.