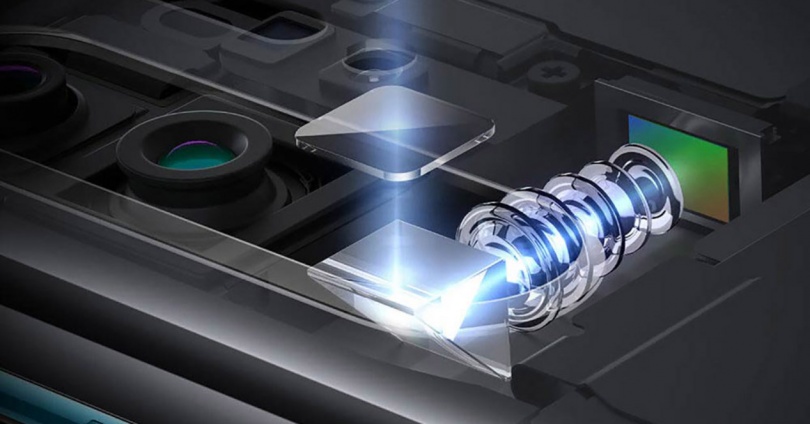 At present, the technologies of mobile phones continue to be implemented and improved, in order to make them increasingly powerful and offer us more striking results. This is the case of the zoom in the cameras of the terminals, one of those characteristics that have been accompanying mobile devices in their trajectory since their origins, although the advantages that it can offer us have been increasing every time, such as adding periscope zoom between your lens settings.

Before being able to enter to distinguish all the advantages and the different Android smartphones that have this type of technology. It should be clarified that we are facing a functionality that helps us to increase the image we want to capture. That is, with this we will be able to zoom in on the image without having to move from our site.

What is this type of zoom?

There is no doubt that this technology to increase the image when capturing it is one of the most important elements that we find in mobile cameras today. In addition to the fact that there are different types, it is time to know in depth what exactly the periscope zoom is, which has been the last to appear on the scene. It first made its appearance in 2019, gaining not only a major role but also a good following after Huawei included this technology in the P30 Pro . Becoming a fairly competent bet due to the different photographic features that it can offer us, since the artificial intelligence functions are greatly improved. In the case of this terminal, it was possible to increase up to five optical magnifications and reaching up to 10x if the hybrid mode is used. And all thanks to the use of periscope zoom.

The first thing to know is that this technology means that the element in charge of capturing the image is not located just behind the external lens . So we will find it on one side and in a perpendicular position, so that the set of prisms of the camera guide the light towards the sensor through the different lenses.

With this configuration, it is possible to obtain a greater distance between the lens with which it is possible to make the most of the reduced space that terminals offer us today, despite the fact that their dimensions have increased over the years. In short, this mechanism is quite similar to the periscopes that we find in submarines. In addition, it is important to note that in order to function, an L-shaped tunnel is used, the upper end of which has a rectangular opening with which the light is collected so that it subsequently falls on the prism of the camera.

Everything that the periscope offers in your mobile camera

To understand a little better all the advantages that this new technology can offer us in the terminals. We have to understand that, in the case of a camera, the body of the lens is larger and that is why it stands out from the rest of the body. With this, said lens and the internal matrix are pushed forward, which results in an optical without loss of quality.

However, and as we mentioned before, in the case of a mobile device, its reduced dimensions and the limited space that there is for the different camera sensors prevent it from occurring in the same way as in the previous example. For this reason, using the periscope zoom architecture allows us to have a lens and a sensor in the terminals that have more space to move, which causes us to obtain a larger optic. That is why it is necessary to have an L-shaped tunnel , since obtaining a longer tunnel will greatly increase the space that currently exists, and in the vast majority of terminals, between the lens and the sensor. Thanks to this, the range of movement is greater, which translates into a greater range.

In addition, when using a periscope in smartphones we could endow them with certain advantages over others that do not have this technology. Mainly because the maximum range that can be reached is much higher than what we can find among the current catalog of terminals. And best of all, it will increase without losing quality in the images. And not only is a better result achieved for the optician, but it is also achieved at the same time increasing the range of the hybrid.

What mobiles have this technology

At the beginning we have already made reference to the Huawei P30 Pro, since it was the first terminal that gave prominence to the periscope in the smartphone market. Since that moment, more brands have been added to this type of technology. One of the most prominent that we can find is Samsung‘s Galaxy S20 Ultra. although possibly the most prominent so far has been the Samsung Galaxy S21 Ultra, presented earlier this year.

So, for the moment, it seems that this system for that limits to the high-end of Android mobiles and is also consolidating. Since we also find it in the models of the Mi 10 series such as the Mi 10 Pro or Mi 10 Youth Edition, even offering us up to 50X. Although in the case of the Mi 10 Ultra we can have up to 120X. Therefore, these terminals are a clear example of the great characteristics that the periscope gives us.

Although we must not forget another older device like the realme X3 SuperZoom . Well, they have also opted for this type of architecture, achieving good results, in addition to making it possible for it to be a differentiating element of these phones. Nor can OPPO be absent, which for some time has included a periscope-type sensor in different of some of its most powerful terminals to offer quality zoom, as is the case with the Reno 10x Zoom and the Find X2 Pro .

Other types of zoom

When we talk about this technology, it is inevitable to think about the other types that exist: optical, digital and hybrid . If we start to see one by one, we will see that digital was the first to accompany mobile cameras. And for a few years the optician has also been available, while the last to appear was the hybrid.

First we find the digital one, which basically consists of bringing the image closer together in a virtual way. It works by inventing the parts that we need to capture, so it will give us a worse image quality. On the other hand, there is the optical zoom , which has to do with the focal length and the variation that we exert on it. That is, if we increase the focal length, we will get closer in a more realistic way than with the system we have mentioned. For this reason, we will be able to obtain a more real image and not so “invented”. Then there is the hybrid, which emerged thanks to the mixture of both systems. In addition, it allows us to go even further, but we recount again that we will lose a great quality in the final image. Although, it has a point in favor since, in the case of increasing it in abundance, we will not lose so much quality. As with digital, so we will have better results.

Therefore, it is clear that with digital we will obtain an unreal image. While with the optician we will have increases and we will have a good final image. But, keep in mind that this will vary depending on the limitation of the lens. If we have 3X it is a maximum of three increases and there will be no more.