Although they are high-tech components, not to mention the current stronghold along with processors in terms of chips and semiconductors, graphics cards are not exempt from flaws. On many occasions there are different problems that, although they may not seem so at first glance, have a solution or at least a possible solution. One of the solutions to repair a graphics card is to put it through the reballing process . We will explain what it is and what to take into account.

Graphic failures, spontaneous restarts, freezes after minutes or hours playing, black screens as soon as you turn on the PC… There are many failures associated with GPUs and in almost all cases they have a common denominator: the chip itself or the VRAM, elements that They can be exchanged or repaired with the PCB. Reballing for graphics cards, what is it?

It is simply a repair technique that consists of removing the existing solder between the graphics card PCB and the component in question, usually the GPU itself and its interposer, to repair said solders and replace them already renewed, clean and with new Flux so that the best contact and transfer between the two components is achieved.

Therefore, reballing is only intended as a last resort to try to recover a graphics card that has been previously diagnosed with a soldering problem or that is at least suspected to be so. 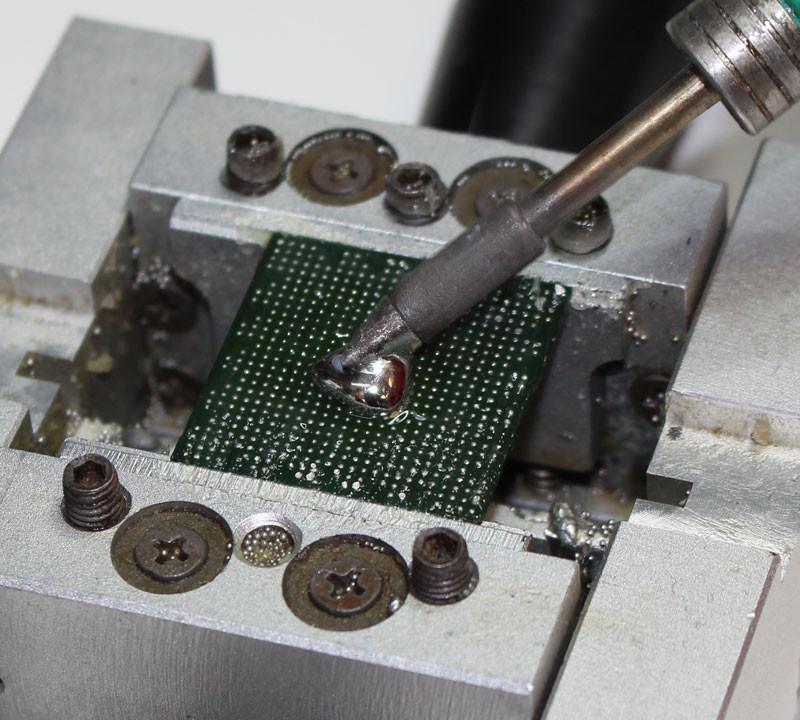 The problem comes from the diagnosis, since the chip itself (and as expected) cannot be checked, since the only ones who can do it are NVIDIA, AMD or Intel itself. Therefore, the technician in question must assess whether reballing the graphics card is indeed a viable option and a possible solution to the specific problem.

The same thing happens with the VRAM, except that on this occasion the module or modules can be totally or provisionally replaced and check if we have actually solved the problem.

A partial solution to avoid reballing

The current reballing requires a series of templates for the VRAM modules or the graphics chips that place the solder balls right in the key points of the PCB, so that if we have 1800 pins, there will be 1800 balls to be soldered and logically they all have to be be at the precise point and with millimeter precision.

Hence the use of professional welding machines for it, which are extremely expensive (if they are good), include an infrared camera, a normal vision camera for the pins, temperature and cooling adjustments, heat configuration buttons, flow of air and panel position and much more. 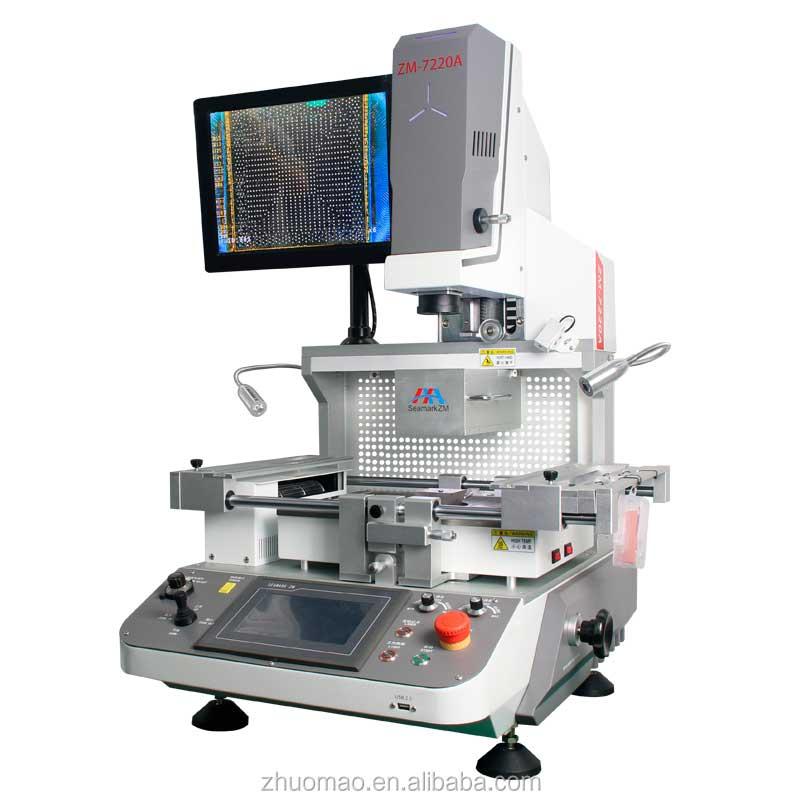 We are talking about thousands of euros, normally more than 5,000 as soon as it has a minimum quality, so we either use basic molds and heat with a heat gun, or you can try to repair the welds by inserting the entire GPU into an oven between 150º C and 180º C , where time is also a key factor.

Keep in mind that in these cases only the PCB is inserted, without plastic parts of any kind, just the bare PCB and it has to be done by someone with experience, if possible a professional, because there are components that will suffer when seeing raised its maximum temperature by several tens of degrees.