The possibility of installing Android applications and games on the PC was one of the most announced novelties of Windows 11. And, although it is already available, unfortunately it did not arrive as many of us expected it to. Microsoft decided to bet on Amazon and its App Store to bring Android applications to its new Windows 11. And, as expected, it has been a complete failure. Luckily, the possibility is already there, and Google has not wanted to miss the opportunity to bring its games, officially, to Windows 11 with Google Play Games.

Ever since the Amazon App Store, and the entire Windows Subsystem for Android (WSA), came to Windows 11, there was an unofficial way to install the Google Play Store and load Android apps and games onto the operating system. Although, to be honest, it is something totally unnecessary and too complex for what it gives us. However, Microsoft and Google have been working together to finally offer us the possibility to download, install and play Android games on PC thanks to their new Google Play Games service. 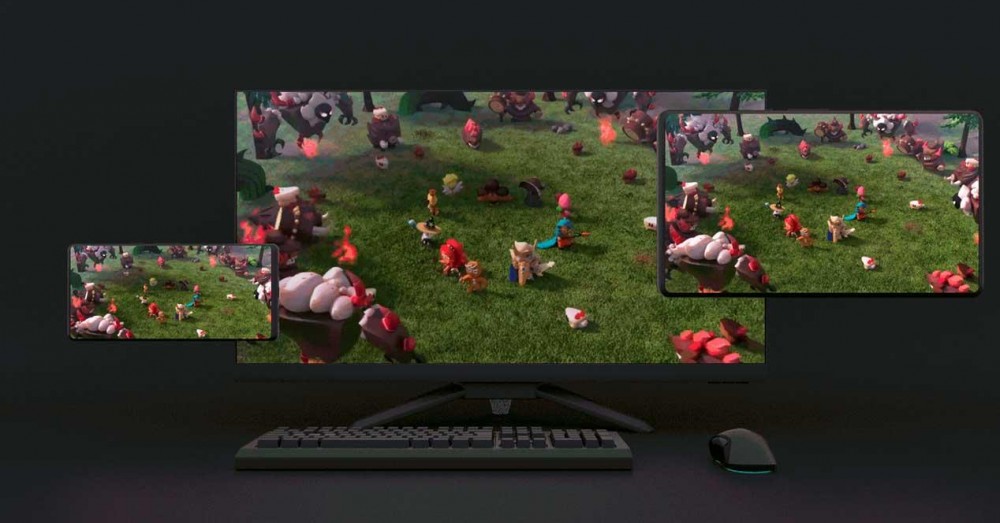 We must bear in mind that Google Play Games is not the Google Play Store. This means that we can only download and install the games that Google adds to this platform, not any title available in the same store that we visit from the mobile. That yes, the games that are available both in the Play Store and in Play Games, will be synchronized and we will be able to play, with the same game, on the computer and on the mobile.

Requirements to use Google Play Games

Although the requirements to be able to install the apps from the Amazon App Store in Windows 11 are quite high, Google has been much more moderate in this regard, and as long as we have more or less modern hardware, with virtualization functions, we will be able to use without problems this new service.

Specifically, the requirements specified by Google to be able to use Google Play Games are:

As we can see, finally Google has reduced some of the requirements specified during the first tests, lowering the number of processor cores from 8 to 4, and the space on the available SSD from 20 GB to just 10 GB.

At the moment, in specific countries

Google Play Games arrived, in a very limited way, in South Korea, Hong Kong, Taiwan, Thailand and Australia. For several months it has been in the testing phase within these countries until, finally, Google has opened the beta for all users. In other words, right now any user who lives in these countries will be able to install this new Google Play on Windows 10 and Windows 11 to be able to install Android games on their PC.

To be able to install and use Google Play Games in Spain we will still have to wait a long time. On its website we can see more information about this service and, incidentally, sign up to receive a notice when this service is available in our country and we can sign up to use it.