The next Nest Hub from Google wants to get fully into your bedroom and that is why it would not only remain a smart screen with a multitude of functions, but also a device with the ability to measure the quality of sleep . To achieve this, it will use one of the most interesting technologies of the Google Pixel 4 and, in turn, less used.

Google Nest Hub with Soli radar, what for? 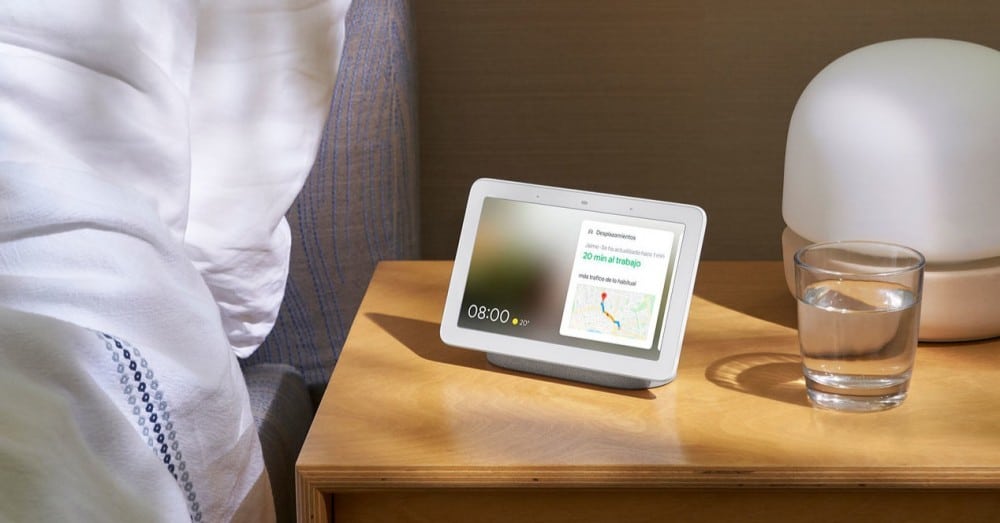 If all the information is correct, the next Google Nest Hub could introduce quite interesting news for the user and the different ways in which this smart screen could be taken advantage of. Especially in locations where it is not usually found right now: the bedroom.

According to some sources, Google is working on a new version of the Nest Hub where it would not only introduce improvements in sections already known to all such as the quality of the microphones, speakers and even the screen itself that it has and shows all the information that together with Google Assistant is able to offer the user. The main and great novelty would be in charge of the use of a Soli radar .

This technology, which we saw for a long time with the launch of the Google Pixel 4, consists of the use of a small sensor capable of capturing and interpreting small movements in front of it in a precise way. Or at least that is the theory, because it must be admitted that on the Google phone the actual user experience did not seem really outstanding. What’s more, they felt like cheap little magic tricks, although now everything could change.

Since the launch of the Google Pixel 4 until now, a few months have passed and the company has had time to improve the possibilities and behavior of these small radars. So added to the type of device that is the Nest Hub, its inclusion would make much more sense than in a smartphone. But how would Google take advantage of this Soli radar to add value to its users? Well, there are two very clear ways to take advantage of technology.

The first and most obvious is to be able to control elements of the interface and specific actions without having to touch the screen . Currently the Nest Hub Max makes use of its integrated camera to offer these options, but a new model would not need such a camera to perform the same actions. And that’s interesting, because this is intended to be a device that users would take to one of their most intimate rooms in the entire house: the bedroom.

Because the second star function or directly the first of this supposed new version of the Nest Hub would be sleep monitoring . Thanks to the ability to detect movements by this Soli radar, Google wants to add the sleep monitoring function to its future Nest Hub. And that could be very interesting for the user, who could ask Google Assistant how he has slept and receive a report with the estimated time of light and deep sleep, times he has woken up, etc.

Therefore, although there is still no launch date or many more details, it is clear that if you look at the offer on Nest Hub offered by Google there is room for a new model or a renewal of the basic one. Which again would be the one that more than one could or is already considering using as an alarm clock next to his bed.