Google Maps will incorporate a much-desired function for many users who do not yet have it available, and they are the alerts if you run too much with the car. The new regulations of the European Union may motivate the company to offer this service at a general level to all its users anywhere, and it would even be interesting if it offered sound alerts. For now, there are many sites that do not have this service.

Google knows the data on the speeds allowed for the Spanish market, and although the display of the speed limit can be seen in some cases for some users, there are countries and areas where it is not available, although this could change very soon. Or so it might seem. The European Union sets more and more rules for road traffic and in recent years has focused on autonomous driving, but has also been concerned with other issues such as regulations for general vehicle safety. They claim to be taking unprecedented measures.

It has adopted new standards to improve speed assistance . For this reason, new cars throughout Europe will have to incorporate the intelligent speed assistant , ISA, a system in vehicles that can inform the driver in different ways about speeds. This is very interesting for Google since Google Maps is offered in cars through Android Auto and Android Automotive.

While we don’t think Google is required to display safety boundary information on Google Maps, it could be based on ISA requirements. Right now they don’t show this information on their service in some countries and areas.

How to activate the speedometer in Google Maps

For now, in Spain and other areas, you can activate speed limits and the speedometer in the navigation settings of the service, although it is not available in many cases. In addition, it does not have alerts or sound warnings , but the speed indicator only changes color.

To go to this option you will have to go to your profile and follow these steps: 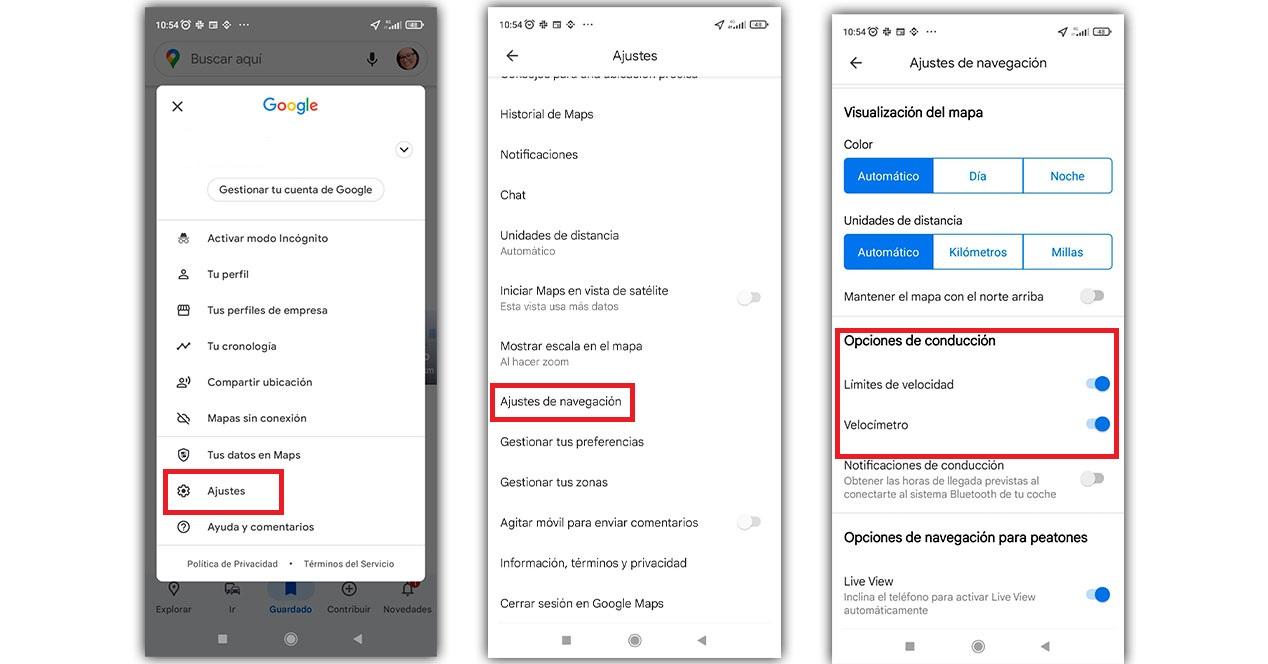 It is also important to bear in mind that regarding this service at the moment, if you can activate it, it is only indicative, so for now if you want to confirm the real speed you will have to use the speedometers of your vehicles.

For several years, the navigation systems of various vehicle manufacturers have been able to give information about the permitted speed, even without recognizing traffic signs. In addition, it is worth mentioning the fact that there are applications that do provide this information, as is the case with Waze, its sister app . With this you can move wherever you want by accessing this service , among many other advantages, which can become a good alternative to the shortcomings of Google.

Therefore, it may be a bit surprising that Google does not offer this service in Maps at a general level, considering that it has specific services for vehicles such as Android Auto and Android Automotive. This new regulation may motivate you to do so, if you don’t already do so, the fact that there are other applications that offer this possibility with good results and that can compete with it.