Mobile video games are increasingly varied and innovative, although there is nothing like the classic flavor . Today it is possible to play all kinds of board games from your smartphone to have fun with your friends and have a good time.

Technological progress has meant that it is not necessary to gather a group of people to play a game, nor a board. The Internet is the cause of all this, because thanks to the Wi-Fi connection or mobile data of your device you can get to play at any time and place with people from anywhere in the world. Why is it better to play on mobile?

The appearance of smart telephony has meant many things and among them is the possibility of playing countless titles , which a few years ago was unthinkable. Developers take advantage of the potential of these to make or adapt games and that is why, in the virtual stores of your smartphone, be it Android or iPhone, you can find endless possibilities.

This is one of the great assets when it comes to playing from these devices, but the truth is that there are many more reasons to think that it is better than doing it in person. Mainly, because you need the board game in its physical version , which implies a cost that sometimes nobody is willing to assume. While it is true that some applications in the store also receive a price, but it is usually much lower than what we are used to.

In addition, it is not necessary to organize a meeting , so it is much easier to get your friends together to play and you can even use applications such as Discord to chat during the course of the game. However, the main advantage of this is that with the online features of the application you can get to play with people from the most inhospitable corners of the world and even meet new users.

Board games for endless fun

The catalog of platforms such as the App Store and the Google Play Store is practically endless and for this reason we have been forced to collect classic board games that everyone knows, as well as other less renowned but very interesting alternatives. Here is our selection:

To begin with, we bring one of the mythical that everyone knows and that could not be missing from this list. In Monopoly you must get money to get the maximum number of territories possible in order to charge the rest of the players when they fall in a location controlled by you. 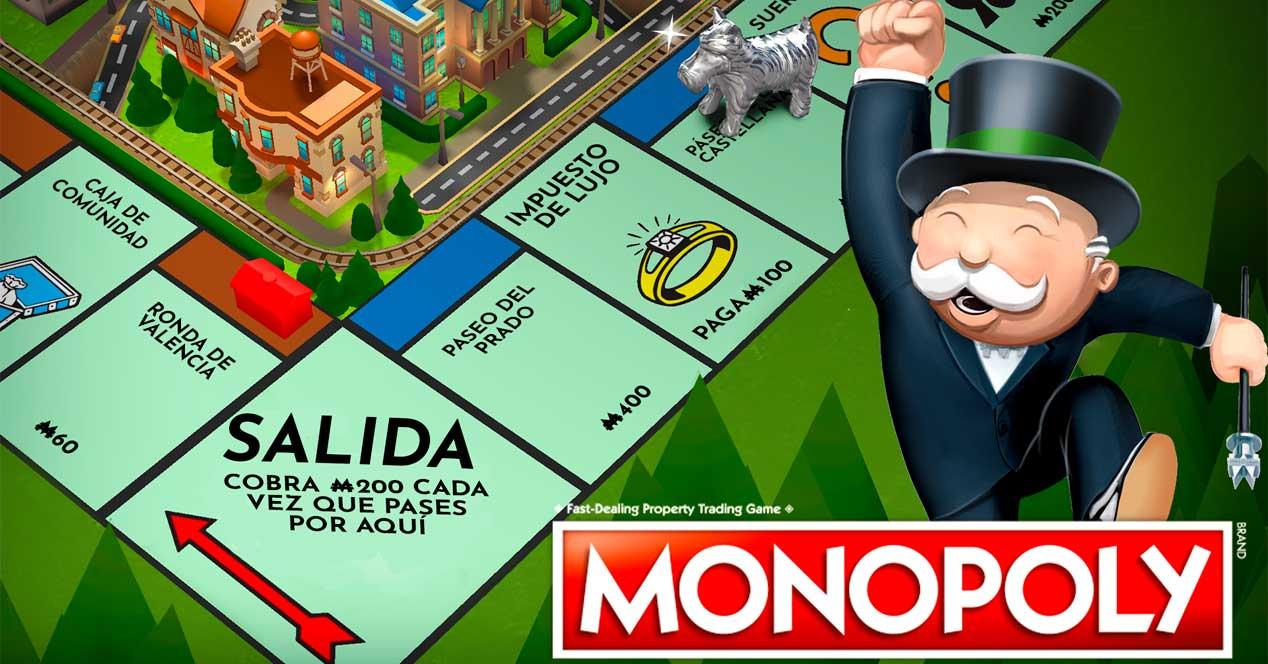 The best thing about this mobile version is that it has video chat to make the game more interactive. It is important to point out that it is full of new features, such as the possibility of customizing the rules or the quick game mode. Also, you can choose a board from a large number of options and play either alone or with friends without the need for an Internet connection.

This application is the best to enjoy this sport. This is because it includes numerous lessons, videos, and puzzles that you can take advantage of to improve for multiplayer. An interesting aspect is that the app adjusts to your level so that it is not difficult to advance.

In addition, the Artificial Intelligence is very intelligent and it will be quite a challenge to win a game. This means that, if you are passionate about chess or want to increase your skills, you have a favorable option at your fingertips without paying anything, since the training videos and the more than 50,000 puzzles are completely free.

Trivial is a board game to check our general knowledge for smartphones, you have two versions at your disposal. The first and most classic is Questioned , which is presented through the original board, where you must collect each cheese to complete it with all the colors. 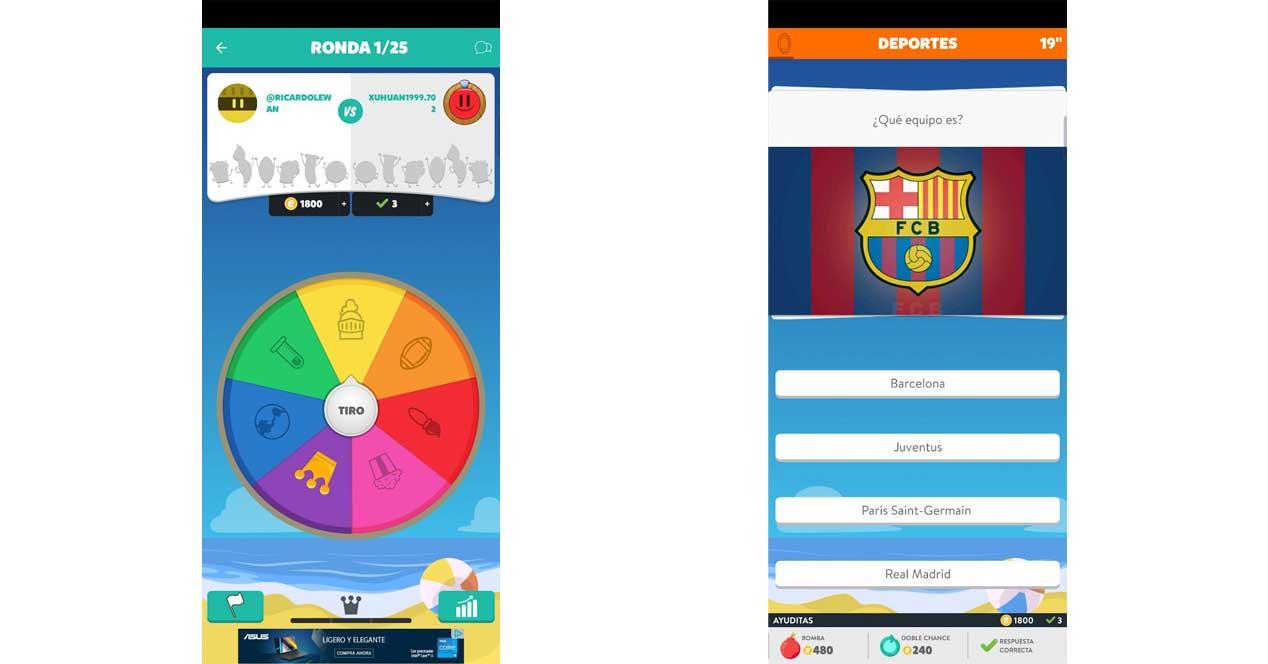 On the other hand, we have Trivia Crack . An adaptation of the Trivial that we all know, but with a more dynamic and faster mechanics , as well as aimed at younger users. It all depends on what you are looking for, since each one has its own advantages and disadvantages.

Parchis STAR gained a lot of popularity during the quarantine due to the fun it guaranteed. Although it is true that the gameplay is quite simple and that sometimes it depends on chance, but that does not mean that it is a fabulous option to spend time with the family. 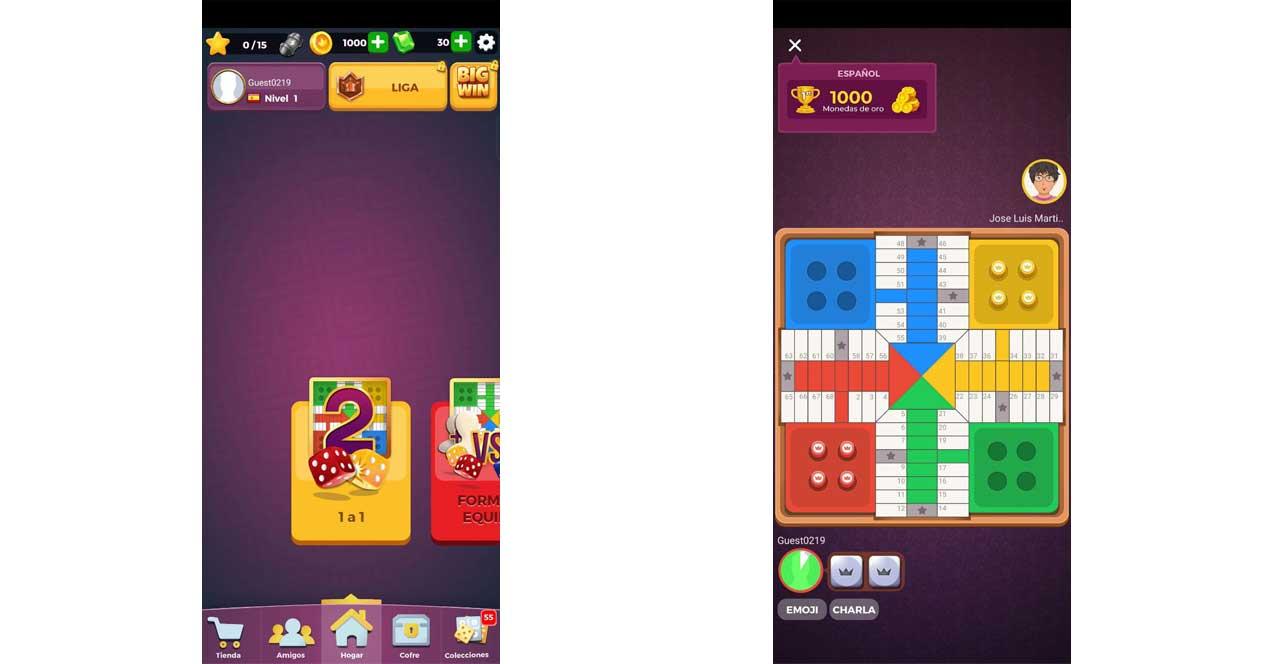 Each game integrates a chat that users can use to communicate and at the end you can get rewards to acquire new appearances for your die. This way you will show who is boss. For many, it is considered the best Parcheesi game for mobile phones, so we advise you to give it a try.

Another of the great known when it comes to board games. Cluedo costs 4.99 euros in the Play Store and App Store . A negligible amount for the entertainment it promises. In this play, the six players have to guess various aspects of a murder in a mansion.

Who is the murderer, where did it happen and what was the weapon he used. To do this you have to be ingenious and get clues by going through the house. A game that brings out that detective in us to help solve a case.

When it comes to strategy board games , Risk is second to none. The application is free and does not entail additional costs. Therefore, there is no excuse not to start dominating territories and end up conquering the world.

In Risk you have to be careful and think carefully about your next move, as well as make allies to advance your mission faster. Of course, you must be careful not to get stabbed in the back. It should be noted that you can play with the classic rules or customize your own for more variety.

A strategic alternative whose duration of the games is shorter compared to Risk. The main difference is that you do not have to conquer, but only manage. In your work you must build roads or cities as you accumulate cards with different effects. 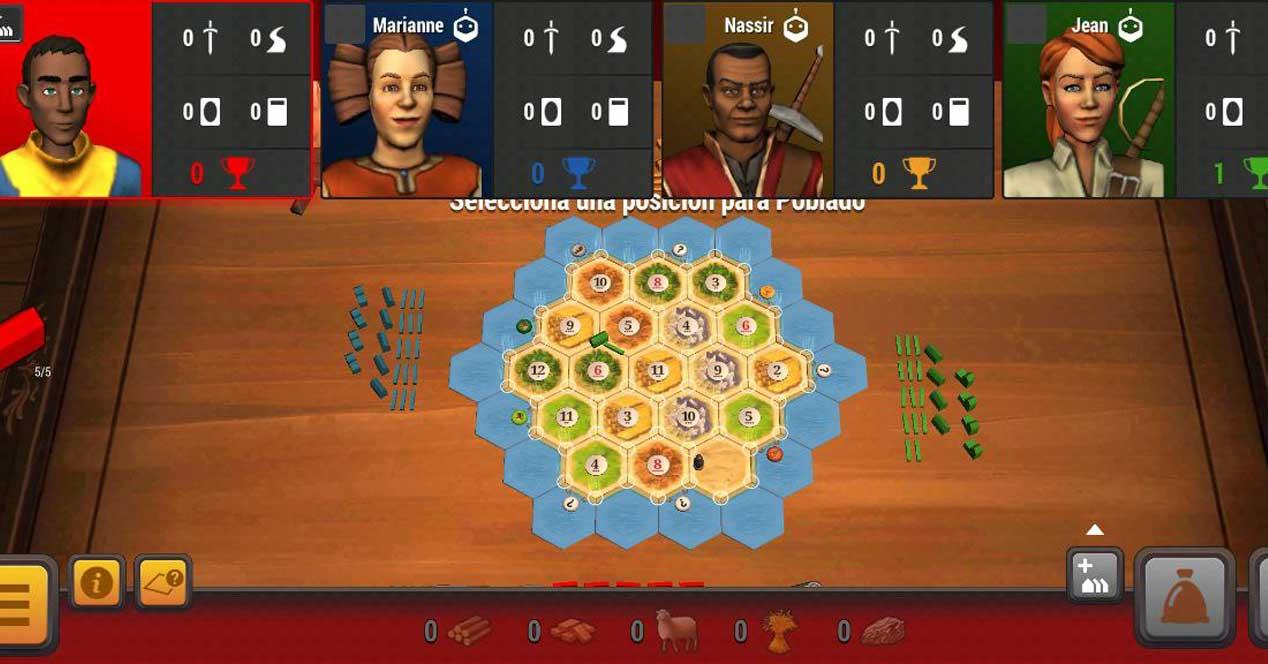 The objective is to reach 10 points by completing these tasks, although not everything is so simple, since you will have to trade and negotiate with the other players. A mechanic that generates discord and tension in equal parts. Without a doubt, a brutal classic of board games for your phone.

This game basically consists of being the fastest to guess a word based on the drawing that one of the participants is making. The winner is the one who accumulates the most points at the end of the game and there is an adapted version known as Draw Something Classic.

We already told you that laughter is guaranteed thanks to a fun mechanic and where you can bring out your artistic side. It doesn’t matter that you don’t know how to draw, since sometimes it will be much more fun to confuse the objects. The delivery has a large number of categories for you to decide according to your preferences.

There is no doubt that we have all played a game at one time or another, since we are facing one of the great board games that also has a version for phones. In La Oca you must face the adversities that the board presents to reach the end in first place. 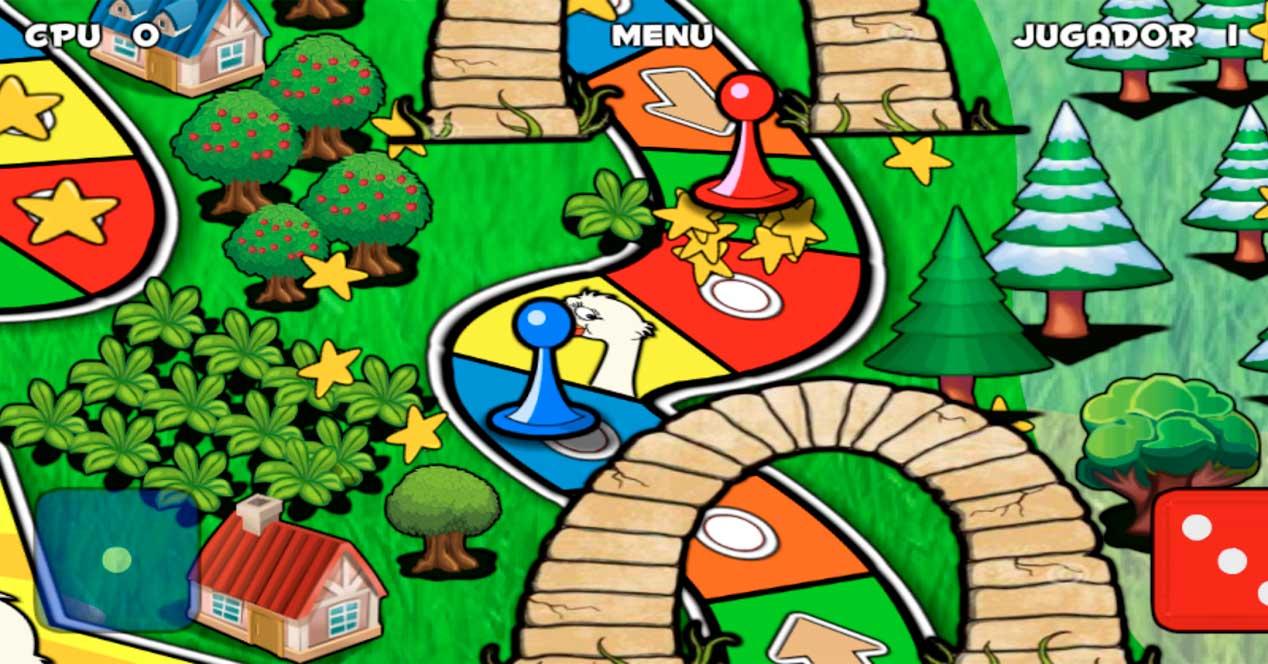 The rules are exactly identical to the original, that is, if you fall on the bridge, well or square of death you will have to bear the consequences. Also, you must reach the last box with an exact number on the dice. Otherwise, you will go backwards.

The Game of the Goose NoLimits
Developer: ManualiPc

An unknown to many and a safe bet for others. Snakes and Ladders is a simple board game without much mystery, where the premise is to reach square number 100 taking into account the elements on the board, such as, obviously, the stairs and snakes that make it up. 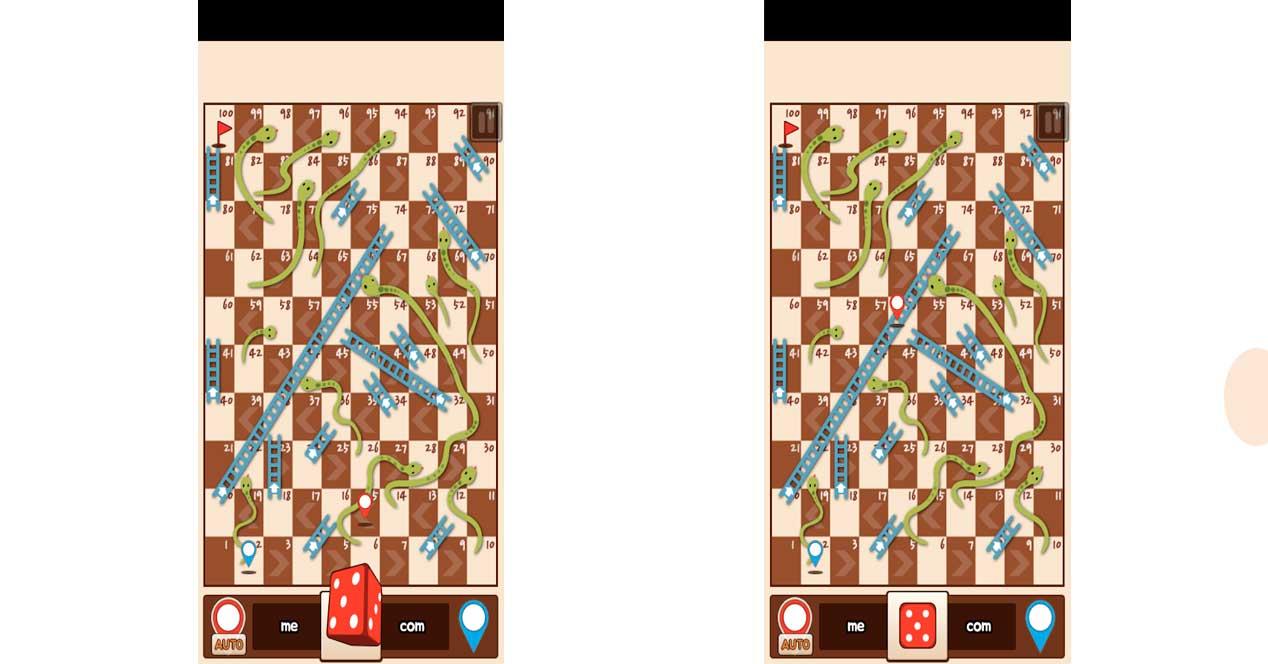 If after rolling the dice you fall on a ladder, you must go through it to the indicated square. On the other hand, if you end up on the head of a snake, you will have to go to its tail. Be careful, because getting a 6 guarantees you a new roll , but doing it three times forces you to go back to the start.

Users may not know this work by this name, since there are many who know it as Crosswords. In this game you have to form words on a board as if it were a crossword puzzle. 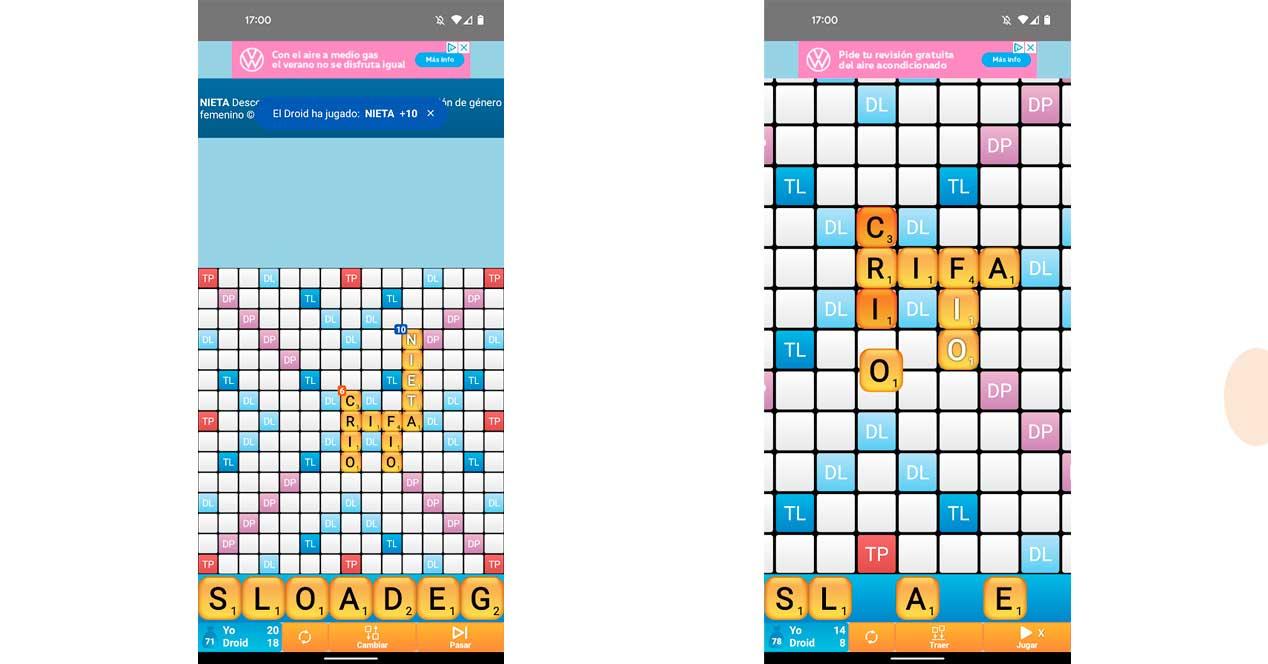 Each player has seven tiles that must be managed to create a word of at least two letters . Of course, those that are longer give more points and that is why it is convenient to manage the game, since getting rid of all your tiles in one turn ensures 50 points. Its mobile version is known as Classic Words.

Abandon ship! Sinking the fleet is another of the best-known strategy board games in history. In the game, two players face each other to eradicate the opposing ships trying to guess the squares in which they are located. 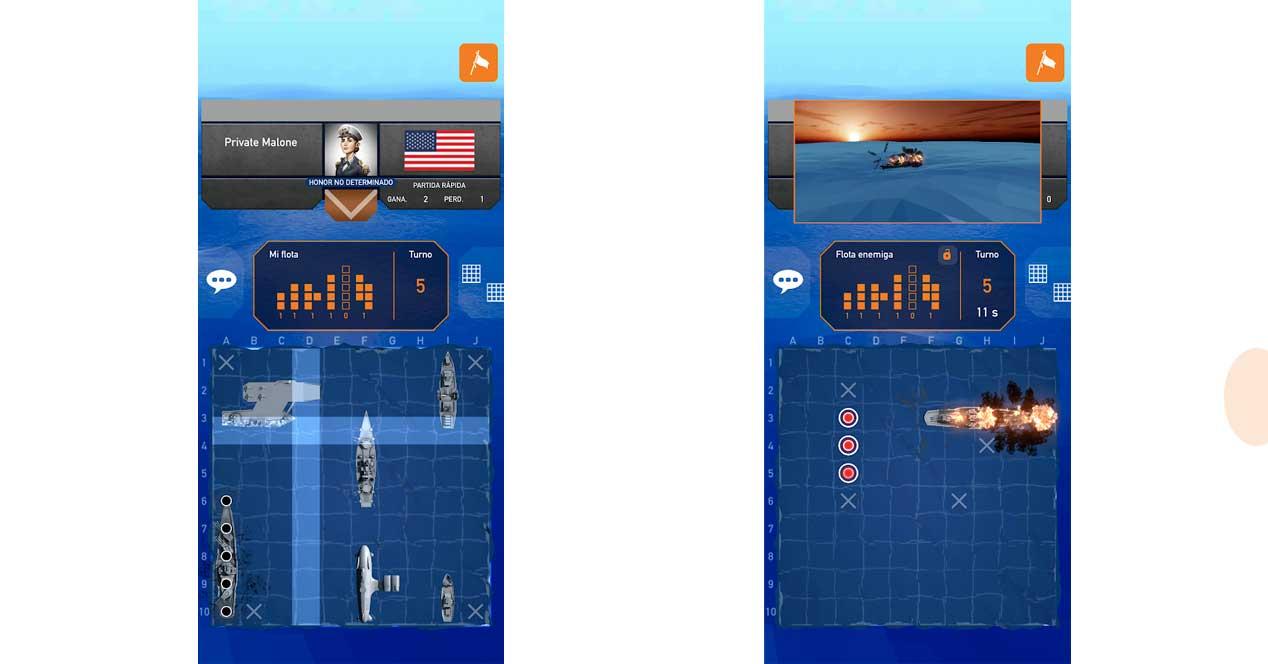 This game has online functions via Wi-Fi or Bluetooth so that an Internet connection is not necessary if you want to play with friends. It is important to highlight the aesthetic section, which is very successful with 3D representations of the ships.

This is possibly the quintessential board game anywhere in the world. Dominoes is very simple and anyone can play due to the simplicity of its rules , although inside it offers several modalities. 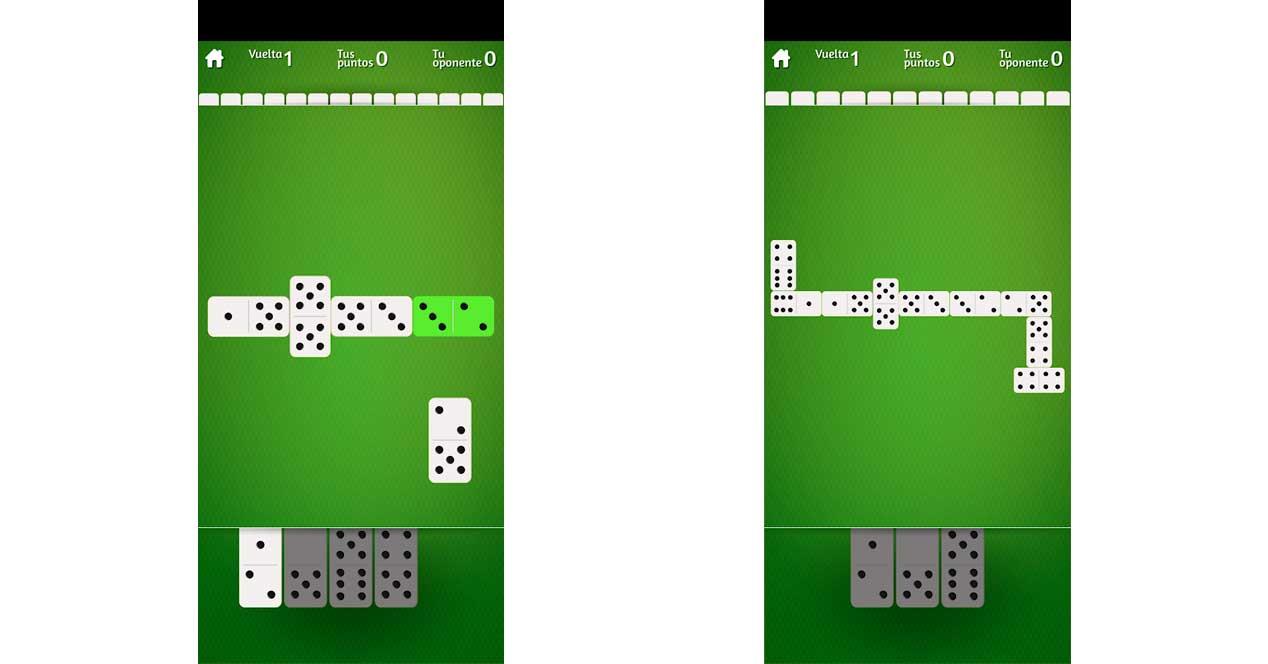 The first is the classic domino that we all know and that consists of connecting the tiles whose number matches until you run out of them. The second is almost the same as the previous one with the difference that you must pass the turn if you do not have a possibility within your reach. The last and most complex is the 5 point mode , where the wingers play a fundamental role in awarding more points.

For lovers of classic board games, Who’s Who is one of the most favorable options. The objective is to guess the character that the rival has chosen through questions such as their nationality, hair or skin color, features… 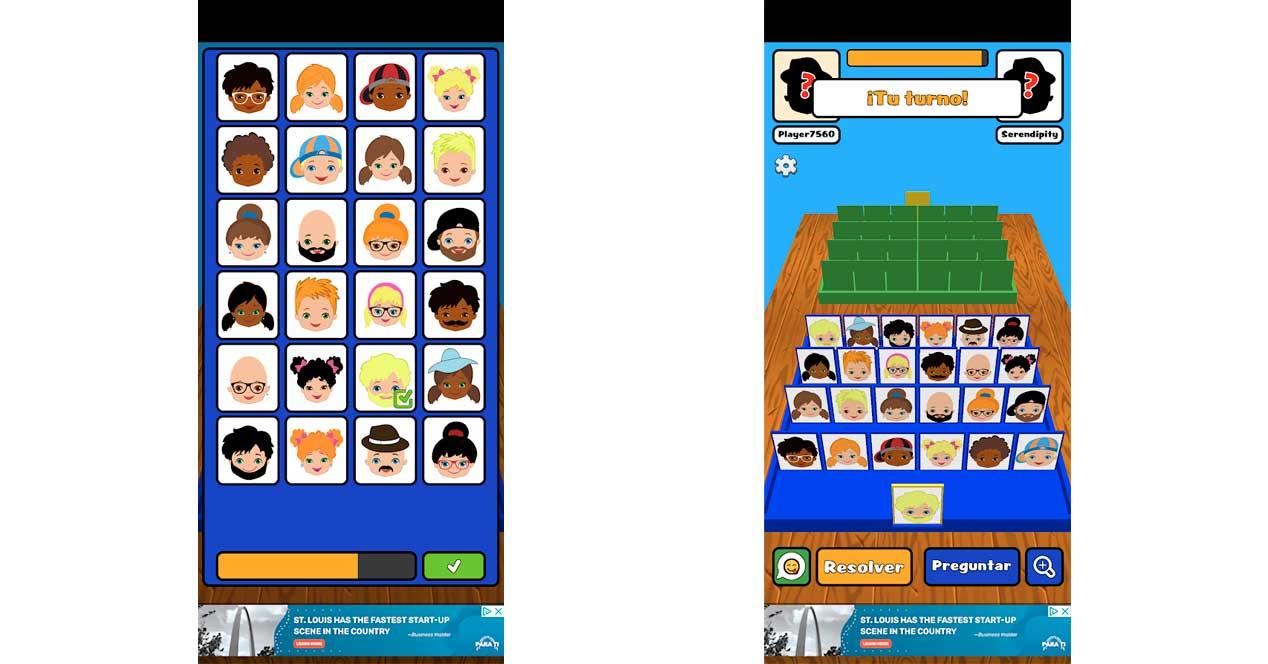 The good thing is that, unlike the original, it is intended for more than two players and you can even enjoy the game without the Internet. So you will have to think calmly and ask the right questions to find the character in question.

Download QR code
Who is, who am I game board

Guess who is – Who am I
Developer: Antonio Jimenez Barrios
﻿