We are mired in the age of algorithms. We, our clients or our audience no longer decide. Everything is in the hands of artificial intelligence that indexes, studies and understands what is and what is not quality content to respond optimally to the queries, preferences and tastes of users in the most important search engine of all time: Google .

Online businesses have exploded after the pandemic and every businessman wants to position himself well on Google to increase his traffic of visits and sales. Many have just created their business website and Google still cannot find them, and therefore does not show them in their searches. But don’t worry, there are ways to make our website appear faster on Google. During these years another of the essentials for all businesses has been that your company appears on Google Maps. Changes in Google’s algorithm affect positioning and disrupt the online marketing plans of many companies that cannot stop adapting and constantly reinventing themselves so that Google shows them among their first search positions. Beginnings of the Google algorithm

The first of Google’s algorithms was PageRank . The founders of Google, Larry Page and Sergey Brin developed it in the late 90s in order to find out the importance of a website through the links that other pages received. The initial prototype of Google’s search engine was published in 1998. The first big change came in 2003 with Florida that aimed to penalize web pages that abused spam and keywords. The beginning of SEO had only just begun. A year later, in 2004, Austin came to penalize the use of fake links.

In 2007, with the arrival of the Universal Search algorithm, Google wanted to make Google search engines not only find texts, but also images, videos or graphics, in short, everything that could be found on the web and was capable of being ordered and ordered. indexed. In the next few years, algorithms such as Google Suggest or Caffeine arrived that offered users alternatives to the main search and higher speed in searches respectively.

Algorithms from 2011 to today

If we look back 10 years ago, Google’s algorithms have been constantly changing to deal with bad practices by users to ensure that their web pages had a good search engine ranking. These are the most relevant algorithm changes.

Before 2011, positioning a website was relatively simple using practices that would set off all Google’s alarms right now. At this time, repeating the main keyword throughout the text the more times the better it achieved a good positioning. With the arrival of Google Panda, quantity was no longer prioritized and quality was rewarded. This change penalized websites with little worthless content and websites that duplicated content without rhyme or reason. At this point, the SEO of the pages began to be prioritized, which is known as internal link building , a work that is still being done today. 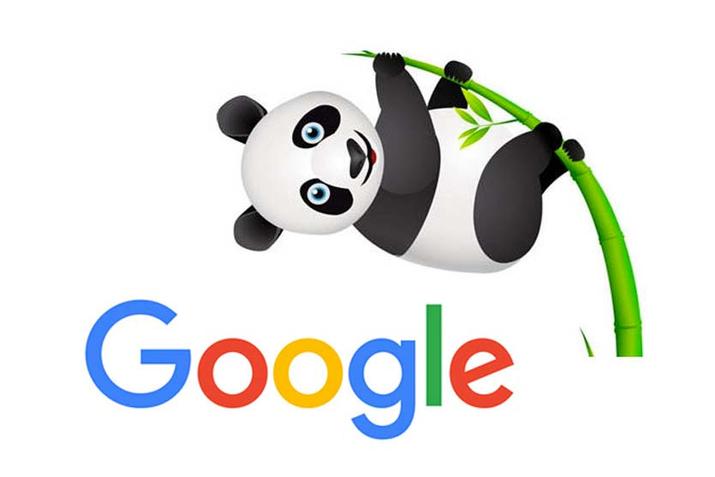 With Google Penguin, no more placing inbound links to a website without emphasizing their quality. This change ended link farms and web spam. Then began a new era in which work began on the quality of links and content.

A before and after in local searches from 2012. Thanks to the IP of the devices connected to the Internet, the Google search engine was able to know the location of the users and offer them the search results closest to their interests. In 2014, local SEO was improved with Google Pigeon, which allowed a local website to position itself ahead of large companies.

Google’s algorithm was not yet ready to give optimal answers to complex searches. At this time he focused on the keywords that we wrote in searches, but not on the construction of a complete phrase. For example, searching for “24-hour pharmacy” is not the same as “where can I find a 24-hour pharmacy in Barcelona? According to the search engine, this change positively affected 90% of the world’s websites and this algorithm change was complemented by Mobilegeddon, which prioritized responsive websites. These two algorithm changes were complemented at the time, since we do not search the same through voice search on a mobile phone as when we write on the computer.

Artificial intelligence kicks in in 2015. Adding AI dramatically improved Google’s response to its users. This algorithm is based on the study of mathematics and vectors, but really few people within Google really know how it works. In 2017, thanks to the update of the algorithm called Fred , poor quality links began to be punished, since now Google takes into account the advertising that is hosted within web pages. In this way, Google penalizes pages full of advertising that do not provide any content of value to users.

The most recent algorithm changes that Google has received in the last two years have been Florida 2.0 and Google Bert. In 2019 the Florida 2.0 algorithm began to prioritize quality content even more than the keywords themselves. Since then it is important that the quality of the texts, images and links is of high quality to offer an unbeatable experience to users. On the other hand, in 2020, Google Bert began to analyze the searches carried out in a more human way thanks to natural language processing that is capable of understanding the relationship between concepts.

The future of Google’s algorithm changes will be conditioned by being as close as possible to the way of acting of the human being. AI (artificial intelligence) and voice assistants will play an important role in this case.