It is no secret that since the launch of Windows 10, users have experienced all kinds of problems updating the operating system. And not only with the typical compatibility problems when installing the monthly patches, but also compatibility problems that directly prevent installing the new versions. These problems, unfortunately, are becoming more and more common among users. However, since the last Windows 10 21H1 Insider build, this may have changed. And is that Microsoft has secretly introduced a series of changes that will put an end to these problems once and for all.

Microsoft has been making some changes to Windows Update for some time now. For example, Microsoft now separates security updates from feature updates (which are now optional), as well as installing drivers from the company’s update servers. As for downloading and installing new versions, instead of trying to download and install these updates without success, Microsoft now displays a Windows Update message to users whose computers are not supported . In this way you avoid problems and, when the update is ready, it will reach your PCs automatically, without worries.

However, it is difficult for users to know why the new update does not reach their computer. A problem with the hardware? The software? A configuration? Microsoft does not give clues about it. However, this is going to change.

Microsoft is working on a new, more personalized and actionable system that will help the user to better identify the problems for which they cannot update their computer. Microsoft will start showing a much more detailed report on why Windows can’t download and install the new updates. What’s more, we can even find a possible solution to this problem. 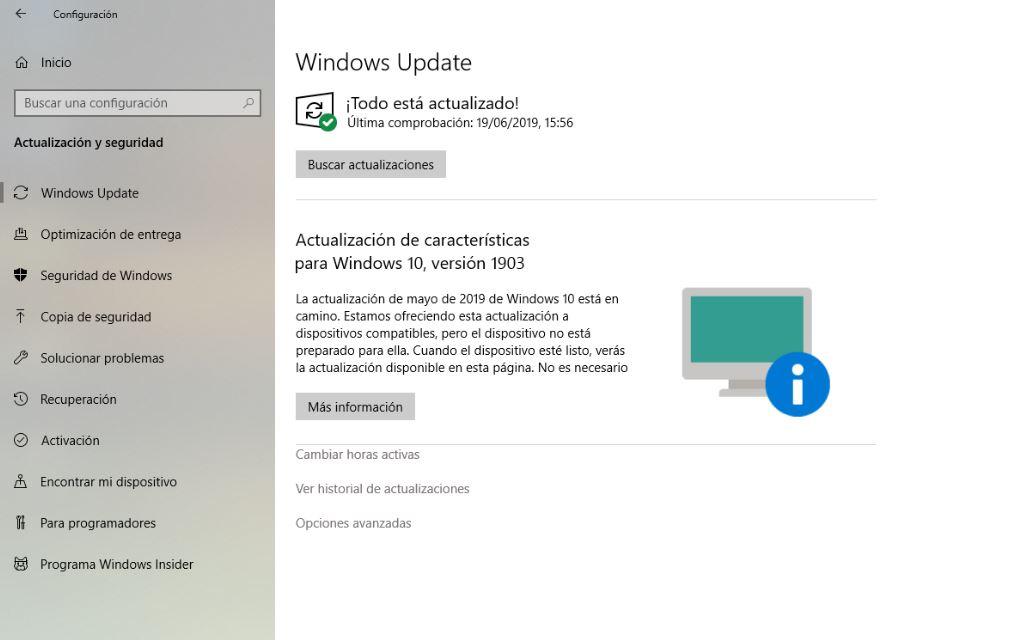 For example, if the cause is an outdated driver, or in poor condition, Windows will notify us of the availability of the new version, and how to download and install it to solve this problem. The same will happen with other similar problems that can cause conflicts.

But there are still other things to improve: such as the time it takes for updates to install.

The new “Windows Feature Experience Packs” are a reality

Installing new versions, especially the first of each year, takes a long time. This is because Microsoft download and install a very large package, full of changes, on the computer. It is almost like reinstalling the entire operating system, but keeping data and settings. Something unfeasible today.

Just as Microsoft has already been experimenting with delta updates in Windows Update , the company plans to do something similar to fix timing issues when updating the operating system. And this is going to be achieved with the new “Windows Feature Experience Pack”.

Although there is not much official information about these new packages yet, it is very likely that with the launch of Windows 10X the company is planning to optimize this entire process. The new Windows Feature Experience Packs would be available on the Microsoft Store and could help users eliminate the hassle of updating Windows by dividing large updates into smaller, and above all, optional packages.

If we open the “About” window of the Settings menu in Windows 10 May 2020 Update we can see that, next to the version of Windows, a section called “Experience” appears. In it we will find the version of the Windows Feature Experience Pack installed. Could we start seeing more small updates instead of two big updates a year? It is very probable.

In addition to the above, which will undoubtedly mark a before and after when it comes to updating Windows, Microsoft has also secretly worked on other features that, very soon, we will be able to test on our PC.

One of them will be the possibility of knowing the details of the graphics card of our PC from the “About” section of the Configuration menu. This feature, still disabled by default, will reach Insider users in the coming weeks, and everyone else with the launch of 21H1 .

The company also continues to work on improving the integration of its products across the operating system. In this way, Skype will be integrated into the contextual menu of Windows 10 so that users can initiate video calls faster and even use this platform to share data more easily. A new ” Meet Now ” button will also appear in the system tray. From it we will be able to quickly join any meeting with a single click and without having to be registered. We won’t even have to install Skype, but we can do it all through Edge.