In the eternal discussion between PCs vs. consoles , the optimization of games is a crucial factor that allows consoles, with significantly less hardware than a gaming PC, to run Type A titles with a very high level of graphics and at low rates. FPS comparable to PC. Why do consoles have game optimization and instead on PC this does not happen?

If the optimization of the games allows the consoles to run titles with great graphics at the same level as a high-end PC gaming, we might think that if they optimized the games for PC we would have a similar result, being able to run games with high requirements on PCs of low or medium range, right? The reason why games are optimized on consoles and not on PC is very simple: the hardware of the consoles is always the same, while on PC it is highly variable. This allows developers to base the operation of their games on specific hardware , thus optimizing their performance on this and only on this one.

If they had to optimize their games for PC it would have to be in a generic way, as already happens with some titles in which AMD or NVIDIA are involved in their development and optimize their operation for the architecture of their graphics cards, but unfortunately you cannot go furthermore, and in fact, this optimization is quite generic because even within the same manufacturer there are many different graphics cards and of different architectures.

Imagine that you are a developer and you are creating your game. When setting its parameters, you have to take into account the hardware it will work on, something simple in the case of consoles and almost impossible to know in the case of the PC.

If you had to do it on a PC, without going any further, you would not know if you are going to have 4, 8, 16 or 32 GB of RAM, how many cores will the processor have and at what speed or what power is the graphics card capable of generating? , so it is practically impossible to do any kind of optimization.

Compatibility is maximized on PC

For the reasons explained above, when creating a PC game (which, unfortunately, some of them are “ports” of the console versions “) it is not possible to perform a specific optimization since there is no specific hardware, so the most that you can do is maximize its compatibility . For this reason in the game’s graphic settings , on PC they will almost always allow us to modify the resolution, the quality of the textures, anti-aliasing and many other factors that have a direct impact on performance, while in console we can practically never modify the graphic settings. 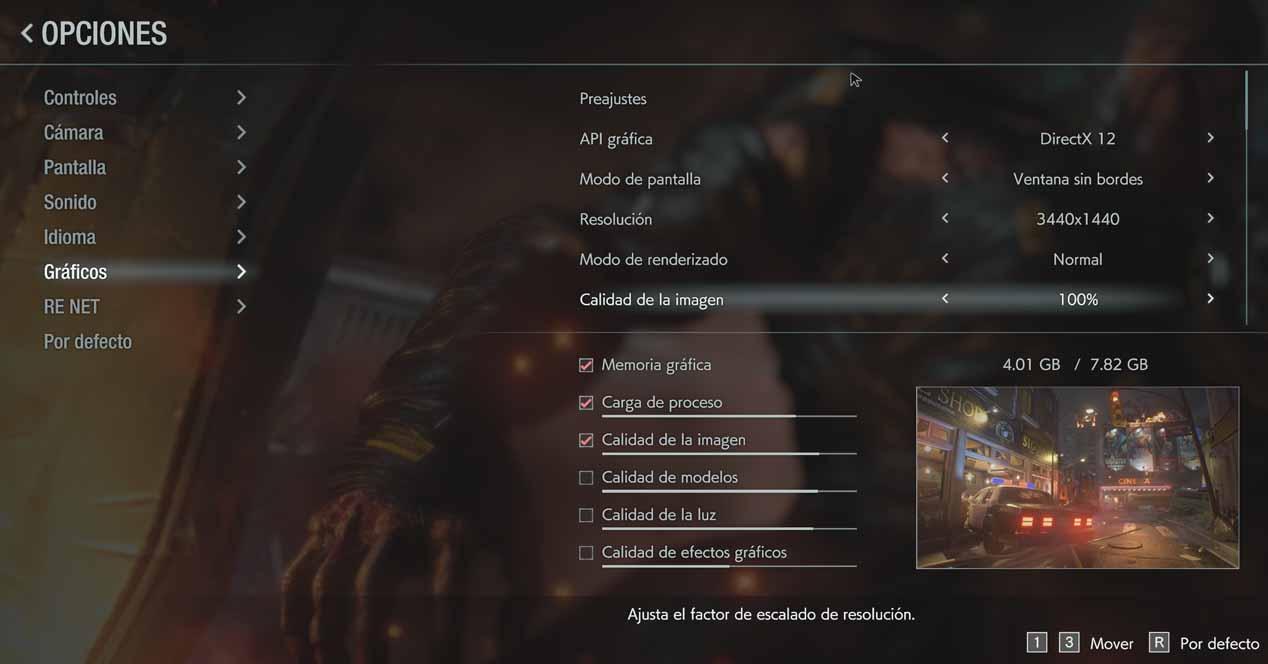 Likewise, when developing a console game at most it is done taking into account two resolutions: Full HD and, currently, 4K. When developing a PC game, many more possible resolutions need to be considered, including 720p, 1080p, 1440p, 4K, and even ultra-wide monitors. With that alone you can not do an optimization, simply maximize compatibility so that your game works on as many PCs as possible without problems.

Game optimization from AMD and NVIDIA

As we mentioned before, there are times when AMD or NVIDIA get involved in the development of a game with the aim that it has the best performance with its graphics cards. But you already know that in both cases the manufacturers catalog includes various models of different ranges and even different architectures (since we are not updating the graphics card in each new generation, at least not normally).

This means that we can find a certain level of optimization on one side or the other, but we will never have a game optimized for a specific graphics card, and even if it were, we have no idea of the amount and speed of RAM, storage, or processor power, so full optimization like on consoles is impossible on PC .