Mozilla is a firm that does not want to be left behind in the growing sector of Internet browsers . Although it is still far behind its great competitor, Chrome, the program does not stop evolving based on new updates, now with Firefox 72.

We tell you this because the aforementioned company has just launched a new version of its software, specifically we refer to the aforementioned Firefox 72 . This is the latest stable version of the web browser and has just been launched now, to welcome 2020. It should be mentioned that according to the Mozilla calendar, Firefox 73 is scheduled to be launched on February 11.

Thus, throughout today, users will be officially receiving the new version of the program , Firefox 72. Thus, we can either download and install the new version of Firefox , or make use of the function of Automatic program update. This is something we achieve from the Help / About Firefox menu. Similarly, you will also have the opportunity to download it from the FTP servers of the firm itself through this link . 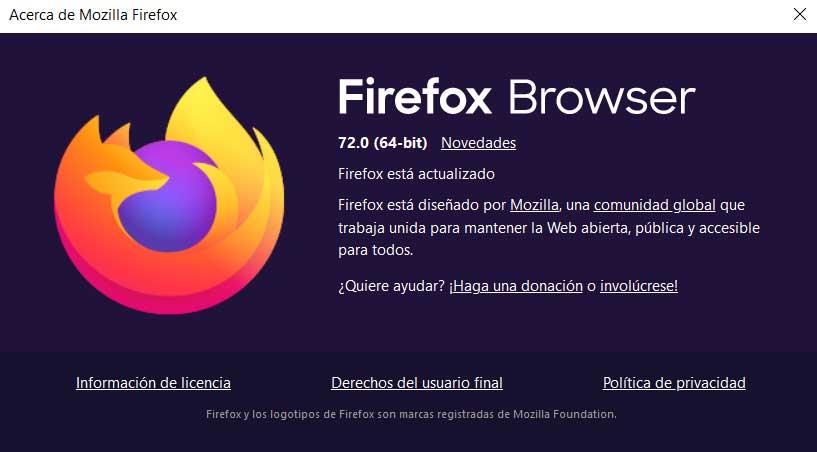 To begin, we will say that Mozilla implements in the new version a system to make notification requests less bothersome for the user. This is achieved by causing them to hide in Firefox 72. Say that many websites show notification requests to be able to send pop-up messages to the users team. This is something that many websites have abused and show the requests at the time the page loads, forcing us to interact with it.

This is somewhat annoying on most occasions, so browser developers are stopping these practices. Thus, instead of displaying the pop-up warning, Firefox 72 shows an icon in the address bar , much more discreet and less annoying when navigating.

Other changes we found in the new version of Firefox

Changing third, right now Firefox’s integrated tracking protection system has also improved, all to further increase user privacy . This is achieved, as we are informed, by blocking the fingerprint scripts by default. At the same time it is also worth knowing that from now on Mac and Linux users who use Firefox will also be able to enjoy the browser’s picture-in-picture mode , as in Windows . To say that this mode of video playback was already available for Windows-based computers since last Firefox 71. 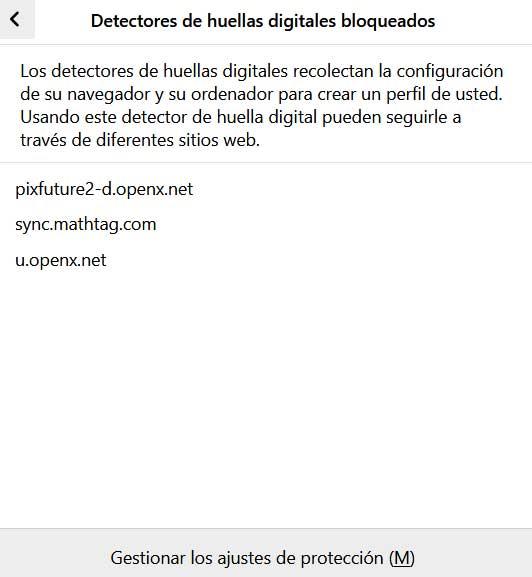 Also, although experimentally, we can already enable support to load client certificates from the operating system’s certificate store. This is achieved by setting the Firefox security.osclientcerts.autoload flag, as true.

Therefore, as we can see, the program’s development firm is concerned with both the external section of the program, as well as its operation and safety . These are basic aspects for a type of program that we use more and more frequently, both in the desktop and mobile device . Companies like Mozilla take care of the interface of their projects, in addition to making the program faster and safer over time.