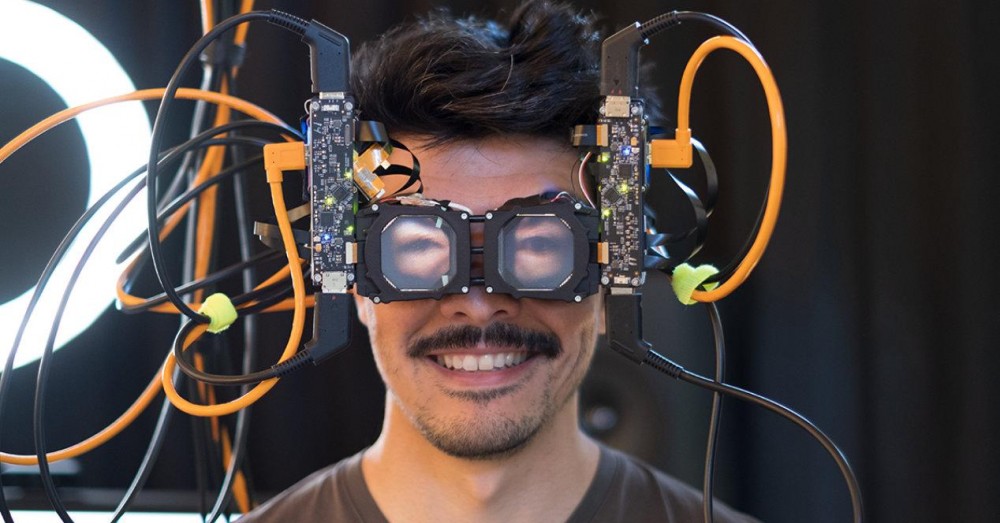 We could say that if the eyes are the mirror of the soul, Facebook wants anyone to be able to continue seeing that of those users who use virtual reality glasses; but the truth is that the explanation and interest of the company in developing this technology that they have called Passthrough VR is much simpler. What the company intends with these 3D screens that would allow the user’s eyes to be projected abroad is to improve the experience in meetings where some users could be using virtual reality helmets while others are not.

Virtual reality glasses that will show your eyes

Anyone who has used virtual reality glasses or helmets will know that the eye area is always completely covered. This is because in this type of device what we have in front of our eyes are two screens that allow us to generate a completely new environment with which to interact. What’s more, even in augmented reality glasses something similar happens, only that these helmets have external cameras that also compute what is around them to add new information capable.

Therefore, any user who is outside looking at another while wearing glasses of this type will never be able to see their eyes. And that may not be a problem on many occasions, but in the future where these types of devices are more common, it could be a bit strange not to have the reference that always gives us the ability to look another person in the eye.

Therefore, Facebook has been investigating and experimenting for some time with a feature called Passthrough that conspires in the use of internal cameras that, thanks to rings of infrared lights, are capable of capturing the user’s eyes and then projecting them outside, allowing no just look at them, also know where you are looking, etc

Thus, as you can see in the video, this new feature manages to improve that interaction when you are in a meeting or room where some users do have virtual reality glasses and others do not. In addition, compared to the first version, it is a jump that seems more natural due to the effect that is achieved with the two screens, as if they were glasses with their respective left and right lenses instead of a complete panel.

The technology or function provided by Passtrough VR is still under development. That means that in the next Oculus Quest we will not see it or it is very unlikely, but in the future we are convinced that they will be something common that will even allow these glasses to be worn longer and used in augmented reality experiences.

While we are left with that the current prototypes are at least curious and we admit that something strange is the sensation of seeing a person’s eyes projected on two small screens placed on the front of the glasses, but surely over time we get used to it. and we see up to normal. As has already happened to us with many other technological products. Because who does not remember being surprised to see how someone seemed to speak only on the street and what they were really doing was using a hands-free headset.