The electric car has become the most popular symbol of individual action against climate change. So much so that there are already millions of users who have joined electric (or hybrid) mobility, concerned by the often repeated fact that transport accounts for around a quarter of global emissions . In these, another even more sustainable proposal has now been born: an electric car that removes CO2 from the air while driving.

It is the ZEM, the electric car that cleans the air As we know, one of the main sources of pollutant emissions in the atmosphere comes from the circulation of combustion engine vehicles and the benefits of driving electric vehicles to protect and promote a healthier and more ecological climate are becoming more and more evident.

Its movement, powered by renewable sources , has been a revolution for the market that, despite initially not being very convinced with the product, finally gave in, encouraging manufacturers to design new models that were more effective. . With much still to be discovered, it is seen as the great road of our roads of the present and future.

But the investigations do not stop. In fact, there are more and more ideas that seek to give a new framework to this environmental solution, and this is what we have learned thanks to the students of the Eindhoven University of Technology, who have designed an electric car to capture CO2 while driving . It is the ZEM, still a prototype… but which seeks to be integrated into the elimination of polluting particles.

We are talking about an electric vehicle prototype different from what the industry has proposed, until now. This is the ‘ZEM EV’, a car that is capable of absorbing carbon dioxide while it is running, so as it can also recharge its batteries with regenerative braking.

The main mission of the ZEM team is based on minimizing the carbon footprint , since there are numerous studies that confirm that the electric future in the automotive industry involves some pollution from these emissions. Despite the fact that, in general, the electric one emits less carbon dioxide, CO2, throughout its life cycle compared to a gasoline or diesel car, the truth is that its negative impact on the environment intensifies during its process of production.

It’s more; According to a report by the Energy Agencies and the Transport Administration, on average, each kWh of battery generates between 150 and 200 kg of CO2 only in the manufacturing phase. This means that one with a 100 kWh battery emits around 15 to 20 tons of CO2 before going outside. 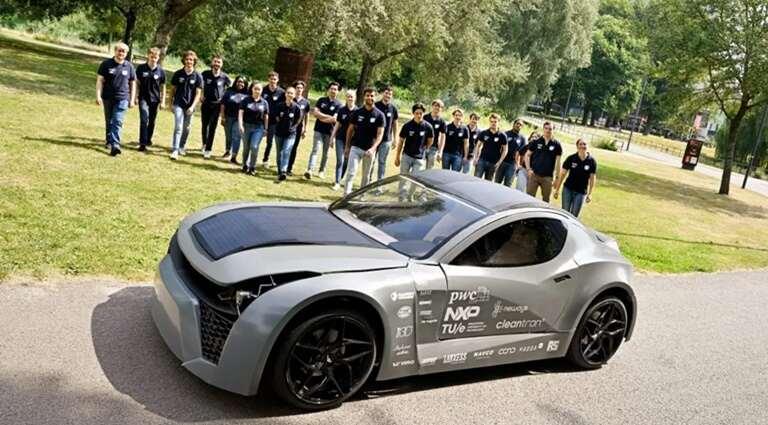 And hence this ZEM solution: it does so through a special filter where, by storing the captured CO₂ and then disposing of it, it can help reduce global warming. The goal is to make it carbon neutral throughout its life cycle.

It is light and modular

For the future, the idea is that this special filter, once filled, can be easily emptied through the charging station when the vehicle is being charged. Likewise, the creators of this car have pointed out that it can capture the CO2 present in the environment while exhausting its maximum autonomy of 320 kilometers . Although the amount it can store is unknown, in about 20,000 kilometers per year, it can absorb two kilograms of CO2, which it then returns to the atmosphere already filtered.

But what about the car itself? Well, a monocoque structure with body panels , which has been developed to minimize the loss of raw material. Most of the plastic is basically recycled. Inside, the seats are made from an eco-friendly fabric (a leather look made from pinecones) and the ultralight windows are made from polycarbonate, as is all the electronics that are modular.