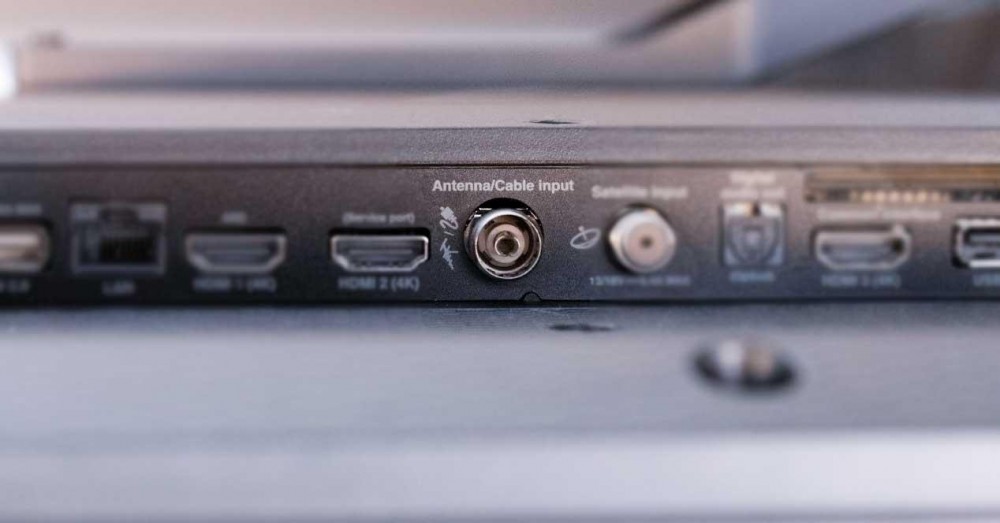 In Spain and throughout the European Union we are used to talking about DVB . Among its most used standards we find the DVB-T that we use in DTT today, but there is also the future DVB-T2 , or the one that we use in satellite with DVB-S, DVB-S2 and DVB-S2X . However, other standards are used in other countries, such as China or the United States . Why?

On some occasion we have talked about the DTMB standard, used in China in all televisions with succulent prices and features, but which cannot be used with Spanish DTT. This standard is used only in China, Nepal and Pakistan, as well as some parts of Laos and Cambodia.

In the United States, Canada and Mexico, on the other hand, ATSC is used, a completely different one. Japan has its own with ISDB-T , the same one used in most of Latin America. Only Colombia uses DVB-T2. Most of the rest of the world uses DVB-T or DVB-T2, being the most used worldwide with a total of 148 countries.

DTMB, ATSC, ISDB-T and DVB-T: why so much variety

Seeing so many different standards, one wonders why the same does not exist worldwide as is done for example with Blu-ray or the Internet. The key is in the move to digital television , which began to be seen in the early 1990s as something viable. Until then it was not viable because there was no way to compress the signals. That changed when the first compression codecs were created, allowing the signal to be compressed and still offering good image quality. 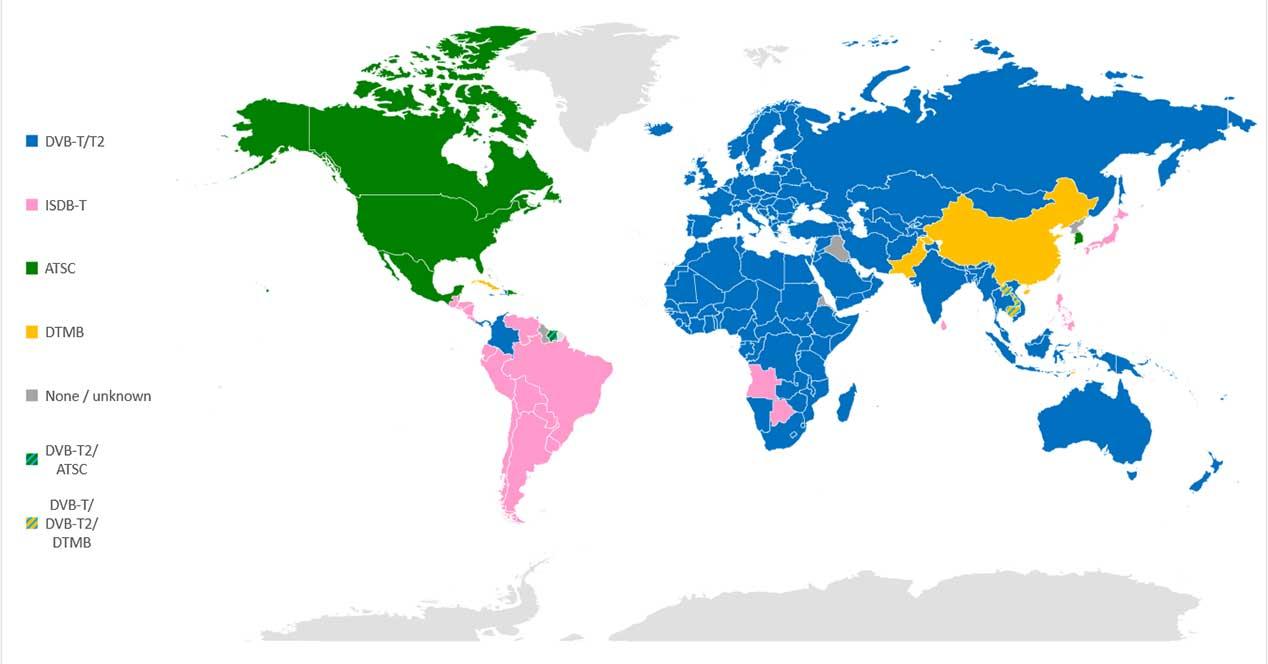 This made countries start a race to standardize formats, and countries with more economic power began to develop their own standards , such as the United States. The country ran too much, and that is one of the reasons why they use MPEG-2 TS in cable television, with a very improvable implementation because they started using it before the standard was finalized. In addition, they also had to change the signaling system from A56 to A65, which looks more like the European one. Meanwhile, on satellite, they do use the DVB-S2 standard. Therefore, the country has three different standards in DTT, cable and satellite due to the rush in implementation.

DVB standardized Digital TV, but it was too late

Europe, for its part, is made up of small countries compared to the United States, and for each country to create its own standard was not feasible. For this reason, although the standards took a little longer to be approved (late 1990s), a standardized system was created for all countries under Digital Video Broadcasting (DVB), created in 1993. With this, we have easier and easier standards. homogeneous to implement, and also cheaper.

For the great powers to develop their own standards also allows them to protect their local manufacturers . Thus, China and Japan can guarantee that the production of their televisions will be done locally. In the case of China, no other country is going to make televisions for them that are compatible with their standard. Each standard has its advantages and disadvantages. For example, DTMB from China has functionality that we are only beginning to see now in DVB-T2, with LDPC bug fixes.

The political motive is probably one of those that causes the rest of the countries not to switch to DVB. For example, the United States had a golden opportunity with DVB-T2, and after doing tests, what they have done has been to copy what they have needed to create ATSC-3 , even improving in some things to DVB-T2. However, the improvements do not compensate for the fact that they will continue to have a different standard .