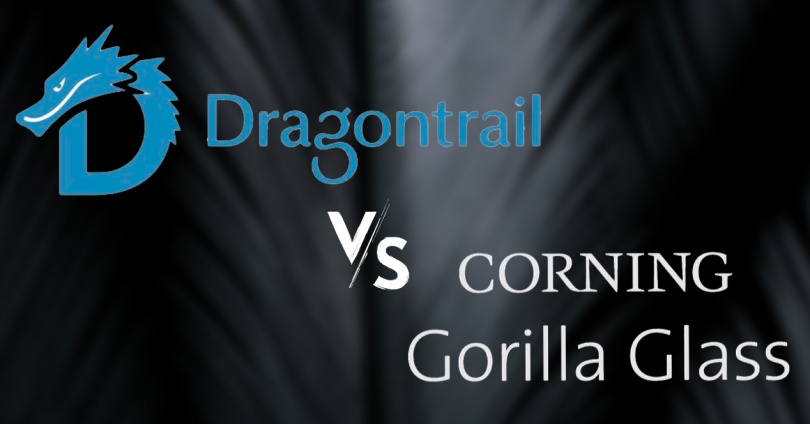 Today, the market for smartphones is so wide mobile phones with different components, we even know the names of the fingerprint readers, the exact models of each photographic sensor of the mobile and, how could it be otherwise, who has been in charge of manufacturing the glass that will protect our terminal. In the market there are several, some with more reputation than others, but today we bring you two brands: Dragontail and Gorilla Glass .

And it is that, for some time, these layers of glass can increase the value of the smartphones themselves. In addition, for many users it is one of the most important components when choosing a new mobile, since it can guarantee us greater resistance to possible falls or scratches . So it is time to compare them to find out which of these two is better today.

How are they made?

This technology is responsible for providing greater protection to the panels of our mobile devices, that is, increasing their resistance to shocks and scratches. Both Gorilla Glass and Dragontail are made with a material called alkaline aluminosilicate , which arises after the union of aluminum, silicone and oxygen. In other words, it is not a natural material, but must be created, which means an extra cost for mobile devices that have this technology. These glasses have been designed with the aim of being as light as possible , as is their thickness, since some are only 0.4 mm thick. However, the fact of being thin and with a lower weight does not worsen its great ability to resist damage and scratches.

In addition, in order to carry out the manufacturing process of this technology to protect mobile screens, they must be heated to very high temperatures, being higher than 400 degrees. Then, the molten material must be placed in a mold, which will be extracted and allowed to cool, where it will finally be possible to obtain the form of a protective sheet.

The first to arrive was Gorilla Glass, manufactured by Corning Inc., and although its development began in 2005, it did not make its official leap to the market until three years later, in 2008. However, its beginnings were very marked from the very beginning. moment, since he was in charge of protecting the screen of Apple‘s first iPhone . However, it was not until 2010 when he truly managed to make a dent in the world of smartphones.

However, it is true that it was not the first crystal of this type to appear on the market, since there were already other companies and brands that were also working in this segment. And as we have commented previously, with the arrival of smartphones, Corning’s reception was increasing, making it the most used option by manufacturers . Although it is true that there are others like Dragontrail, which also have a presence in many mobile phones.

Dragontrail, at the gates of the first place

After the revolution brought about by Gorilla Glass, it did not take long for a direct rival to appear, the Dragontrail, another protective glass manufactured by Asashi Glass Co. One of the aspects that most attracts our attention is that its manufacturers openly recognize that the hardness of their glass It is 6 times higher than Gorilla Glass , since in their first appearance at CES 2011, they demonstrated the virtues of this material. And they made it clear that their intentions were to compete directly against Corning in the smartphone industry. Although, over time it has been proven that its main objective has been televisions. Today, its use is less and less, and few brands use this glass, as is the case with Google. This is because its production cost is lower , so if a company uses it, it will be for a mid-range mobile.

Are there big differences?

Now that we have what we are talking about, it is time to see if there really are differences between Dragontrail and Gorilla Glass. Both are two protection technologies for the panels of our mobile devices . Although, the second is more popular internationally, and within the world of terminals, since it is more used by most manufacturers. But does it mean that it is better than the first one? Yes, but with nuances.

These two offer us the same against scratches, since they do not begin to register marks until a material of level 6 on the Mohs scale is used against them. However, we found differences when it came to the tests of resistance to falls from great heights. Here Gorilla Glass takes the cake since, with its latest version, they managed to double its resistance compared to Gorilla Glass 5 and, likewise, they can withstand falls of up to 1.6 meters in height .

One factor that scores against the company that makes Dragontail, the Japanese manufacturer AGC Inc., is that they have not released videos as comprehensive as Corning’s, in which you can loosely see how they demonstrate their true endurance of said glass. With all this, we can say that for now the only winner is the protective film that Corning manufactures .

Dinorex , manufactured by Nippon Electric Glass, shares a country with Asahi Glass Co, responsible for the Dragontrail brand. This company has been manufacturing glass for the technology sector since shortly before the end of World War II. One of the advantages it offers over its competition is that it has a high level of transparency.

To this day, we can see how Dinorex intends to carve out a niche, since it is going for its second version for smartphones , the T2X-1 , with which the resistance to impacts and scratches of the T2X-0 has been improved. Also, they have a very good relationship with Meizu and BQ. So we will have to wait to see if it manages to snatch the first place from Gorilla Glass.