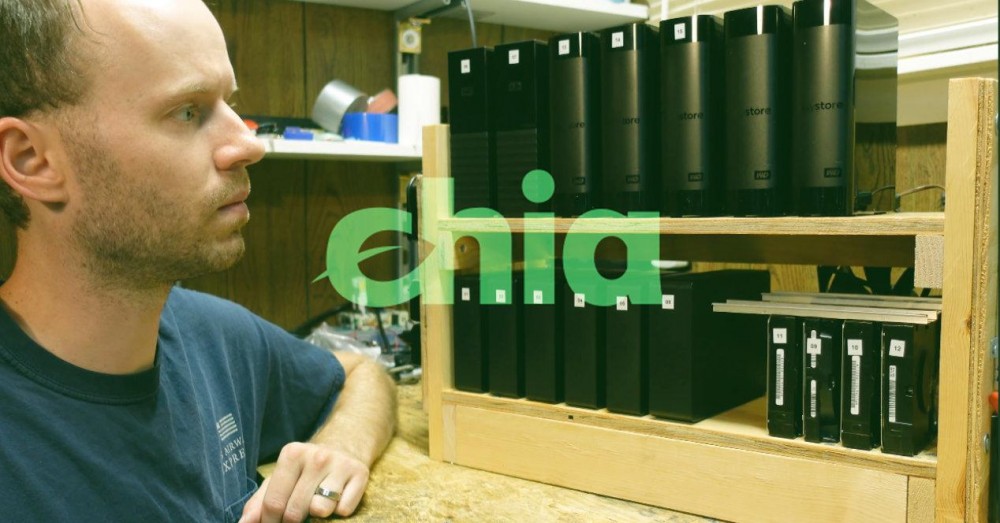 All those users who go from Bitcoin and other cryptocurrencies that require great power and energy consumption will be able to bet on Chia, an option that despite the increase in the price of hard drives that it causes can be mined with a Raspberry Pi 4 .

What is Chia cryptocurrency

Chia, apart from being a seed with benefits for people’s health and nutrition, is a cryptocurrency created by Bram Cohen that has meant a revolution in terms of mining, although it is still more correct to say cultivation here.

Unlike other options such as Bitcoin, Etherum, etc., to mine Chia you do not need a PC with super powerful hardware because it is not based on components such as graphics cards, which the more powerful the better the better. Here the process in charge of said mining is carried out by the hard drives that you have installed and with a greater capacity, greater possibilities of earning more with it.

And it is that Chia does not make use of complex GPU calculations but rather uses the space available on a hard disk . In this way, it creates temporary parcels (blocks of information on disk) that later become a fixed block that is the one that adds value to the crypto. This allows mining or farming without the need for hardware as powerful as other cryptocurrencies require.

Chia’s problem then what is it? Well, when mining with hard drives, the price of these has risen significantly in recent months. In some high-capacity models with business characteristics that better withstand continued use, the cost has risen by up to 60% more than the original.

Mine Chia with a Raspberry Pi 4

Leaving aside what it is, the interesting thing about this cryptocurrency is that a Chia mining farm can be managed with a simple Raspberry Pi 4 . This has been demonstrated by a user through his YouTube channel when building a farm with 160 TB of capacity to grow Chia.

The 160 TB capacity offered by 17 hard drives are controlled through a Raspberry Pi 4. That not only means that the software in charge of all this process is much lighter than that of other currencies of this type that exist today, also much less demanding in terms of energy consumption and that is important in the face of an impact on the environment much less than Bitcoin or similar.

The popular Raspberry Pi 4 can fully handle a Chia node and its respective cultivation task. So it becomes one of the options that consumes the least energy resources. So, if you were thinking of mining Chia, maybe going deep into it with one of these plates is a good idea. You will not become a millionaire nor will you be able to compare yourself to the results that those who use more capable hardware will be able to achieve, but who knows if little by little you will achieve an amount attractive enough for the currency to revalue and have an asset that has offset the investment.