With an aesthetic very much like War Games (WarGames), a mythical film from the 80s, this physical button is a very curious maker project because it allows you to choose which operating system to start on a PC. So you could forget about having to interact with the classic, although also necessary today, bootloaders.

Tired of Grub and other bootloaders

Currently using different operating systems on a PC is no longer as common as a matter of a few years ago. At that time many of us did it because Linux was beginning to be known by many with distributions like Ubuntu and it was interesting to know what this system had to offer. 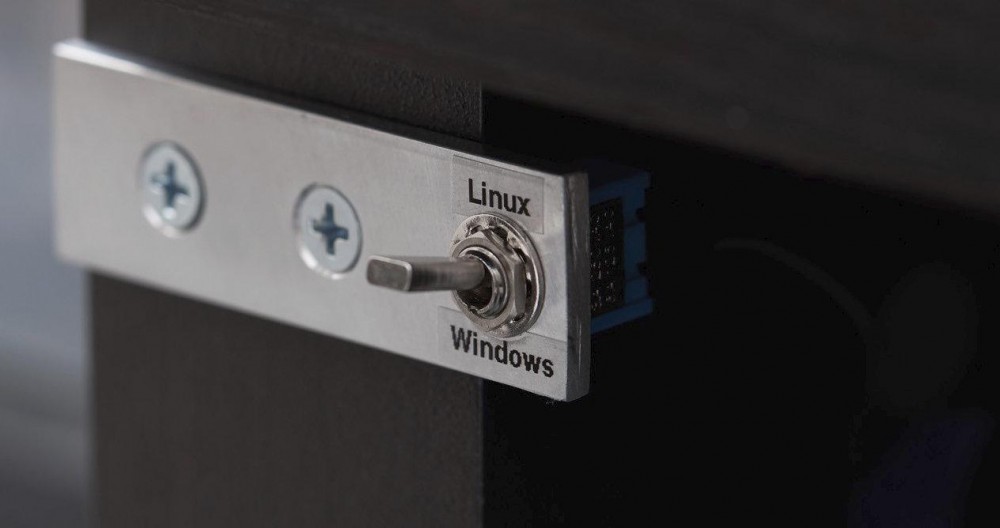 Right now, most opt for a single operating system according to their needs or the choice they have made regarding the computer they are buying. So the usual thing is to only have Windows, macOS and occasionally a Linux distribution installed.

However, there are users who for personal or work reasons do require to have two operating systems installed. Usually a version of Windows and another of Linux, so you can enjoy the benefits that each of these systems offers. For example, Windows for all the subject of leisure or video games and Linux for work or education.

Well, a key piece in the user experience of these users are the boot loaders . Thanks to them, you can start the operating system that interests you most at all times depending on what you are going to do. The problem is that, although it is not a process that consumes a lot of time, it can get tiresome due to that repetitive process of turning on the computer, waiting a few seconds and choosing the system to start.

Solution? Well, create a mechanism that reduces those steps, so that it is only to press the power button of the PC and that’s it. Or that was what Stephen Holdway thought would be the most interesting for him and so he did, he created a physical switch that would allow him to choose between Windows and Linux .

How to create a physical OS selector

If this physical switch has caught your attention, you should know that creating it is not really complex. It is more of an exercise in creativity that you come up with than anything else. So, if you like, we will tell you what it consists of and how he did it.

To begin with, you should know that GRUB is a bootloader that has been used for years for this very purpose: choosing the operating system to start. It is a classic of Linux, although it does not admit any type of physical control beyond the keyboard itself.

Therefore, Stephen Holdway had to find a way to trick him into thinking that a device was connected that it did recognize. This is how he “disguised” an STM32 board as USB devices so that depending on the switch it was in one position or another it would allow him to choose the two options he had on his PC: Windows and Linux.

So, all you had to do is connect that board through a micro USB connector to a USB port on your computer and that’s it. Depending on the position of the switch, one system or another would be loaded. And although he placed it on one of the legs of his table, the truth is that you could even create a small box where that button was to select the operating system. For example, you want to use it with a laptop, to which you connect a HUB when you get home or the office to use it together with other accessories.

All the information in case you want to create your own is on GitHub .