Drones can have many different uses. These very dynamic aircraft allow you to do a lot of things thanks to their small size. They are a technological mechanism that is gradually becoming more and more present in many companies on a day-to-day basis. Also, there are many types of drones. However, one use that had never been given to drones was to try to help a group of disoriented elephants return from home in China.

But not only are drones being used to carry out this operation, but also bananas and even the help of entire regions to ensure that a total of 14 elephants are safely returned to their habitat.

Their “home” is located near the Thai border, so these animals have traveled an enormous distance, approximately 690 kilometers . If they keep going in the opposite direction, that distance will continue to increase.

They have survived all this time thanks to the fact that they have fed on different fruits and sugar canes that were found on their way.

These elephants have been disoriented for more than a year and the reason why they are wandering aimlessly away from what has always been their home is unknown. This is a rather curious case that has been widely commented on both on television and on social networks.

Because elephants pass through regions where people live, bananas and other types of food of the elephants’ taste are being placed so that they move through these populated places without causing material damage or injury.

Drones are being used to track animals, which can travel more than 25 kilometers every day. When they are going to pass near a town, all people are warned by the public address system so that they do not leave their homes and thus avoid dangers. 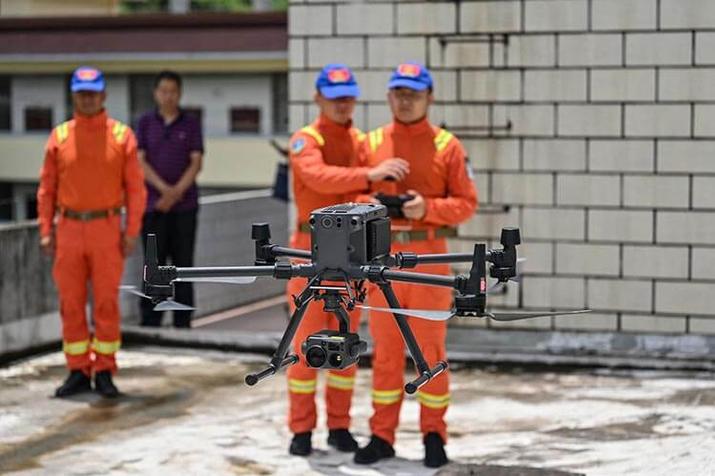 Even all the sources that generate energy in the city are turned off to avoid damage or a fire being caused in the event that an elephant destroys the mechanism, in addition to also guaranteeing the good health of the animal and that they do not suffer damage.

Why are elephants doing this?

The exact cause that has caused these animals to become disoriented and leave what has always been their home is unknown.

Still, the effects of both deforestation and climate change are most likely to blame. Last month they discovered that chimpanzees killed a gorilla and it is believed to be due to lack of food due to climate change. Therefore, there are more animals that are having very strange behaviors. 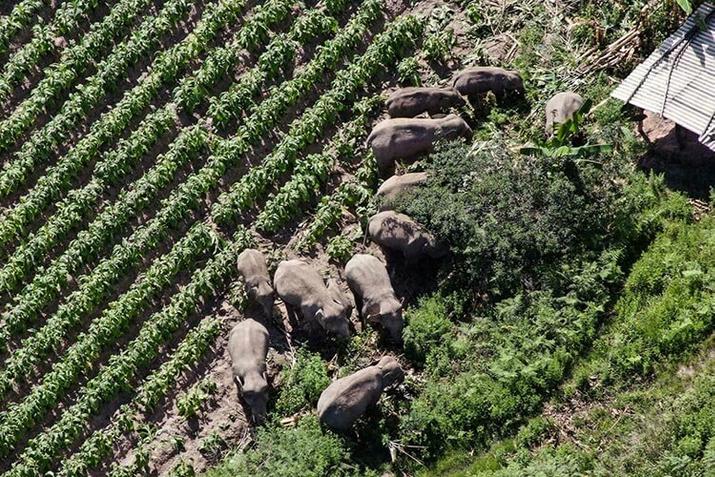 It is also considered that other reasons that are causing this behavior in elephants are the lack of food due to climate change or that even the electromagnetic field of the Earth is altering these animals when it comes to moving.

It is expected that from next September these animals will be able to return to their place of origin, at a time of year when temperatures begin to drop.