Windows 10 is the most widely used desktop-centric operating system in the world. This is software that tries to adapt to the vast majority of its hundreds of millions of users, something that it does in a way. But with everything and with it, we cannot affirm that it is a totally robust and safe system.

With this, what we want to tell you is that despite all its power and functionality, as you know Windows 10 tends to have errors, sometimes in a totally unexpected way. These can be given for a multitude of reasons and ways. Sometimes because of the system itself, others because of something Microsoft sends, and users are not exempt from fault. In fact, it could be said that on many occasions, more than we dare to admit, we ourselves are the ones who cause these failures in Windows . Either due to ignorance, or by mistake, these problems we are talking about are caused by us, of greater or lesser severity. That is why at the same time it can be said that a good part of the fault for certain errors or failures in Windows is our fault. And there are certain things that we should avoid touching or changing in Windows in order to prevent these failures that we are talking about.

Make changes to the Windows registry

The Windows registry is one of the most delicate sections of the entire operating system and is available to anyone. The truth is that if you use it knowing what you are doing, it is excellent for modifying certain parameters in depth. But it is also very dangerous and delicate for those without the necessary knowledge. 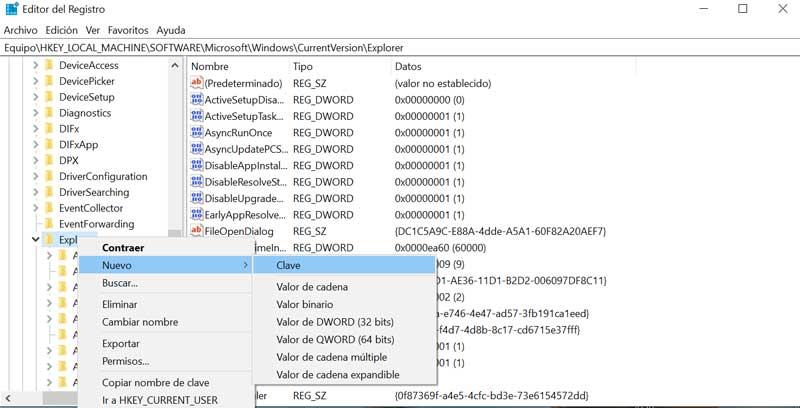 That is why a misuse of the registry from its editor can be catastrophic for the operating system as such. Well, cause errors of all kinds, from failures in functions, to a complete blockage of the software.

As a general rule, Windows itself does not allow us to modify or delete certain important folders and files. But this is not always the case in all cases, in addition to there are ways to bypass those blocks. It should be borne in mind that sometimes, to free space on disk drives, we delete content of this type that we are commenting on.

These are usually in the Windows folder , or in Users, so we must avoid deleting content without knowing exactly what we are doing at all times.

On certain occasions, when we see that a lot of RAM or CPU memory of the computer is being consumed, we use the Windows Task Manager. All application and system processes currently running are listed here. Some of them in certain cases are very important for the operation of the system. 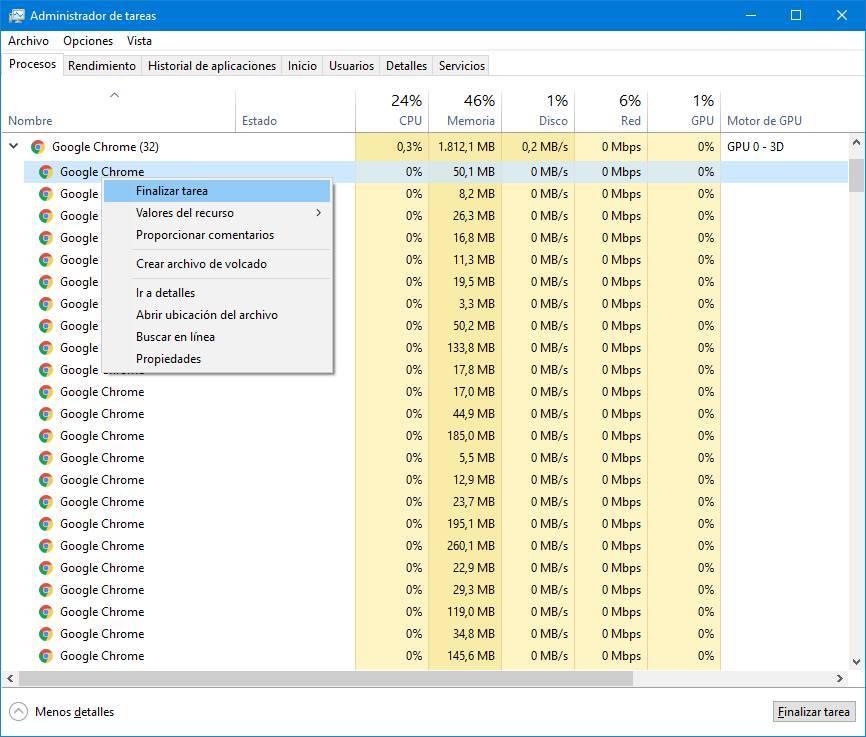 Therefore, if we delete any that we should not, it can become a malfunction of the system. The good thing here is that the damage we cause to Windows, in this case can be solved with a restart of the PC , not as in the previous cases, that the damage can be permanent.

There are many ways to shut down and shut down a Windows PC , but they can be distinguished between good and bad. For example, among the good ones we can do it through the Start menu, with the off button. That is the right thing to do and it will help us avoid problems with the system. However, turning off the PC in the fast way can be more comfortable, but harmful for the operating system itself.

By this we mean the possibility of turning off the PC directly from its physical button. Many times, when turning it back on, nothing may happen, but we can also damage the system as such, so we should avoid this method.