It is increasingly common to see how many companies dedicated to robotics create this type of futuristic machines. Some can even be scary, but these devices can help many people in their daily tasks or many companies to work and save money. On this occasion, a robot named Cassie has run a five-kilometer race without any problem.

This robot has been developed by Oregon State University, in the United States. It is characterized by having two feet that help it to move, unlike others that are anchored or that work with wheels.

It can run on its own

Its creation process has lasted a little over a year and was possible thanks to the fact that it received a grant of one million dollars from the Advanced Research Projects Agency of the United States Department of Defense.

The robot was presented four years ago , and during this time the students have implanted in the robot all the necessary systems to make it work autonomously. 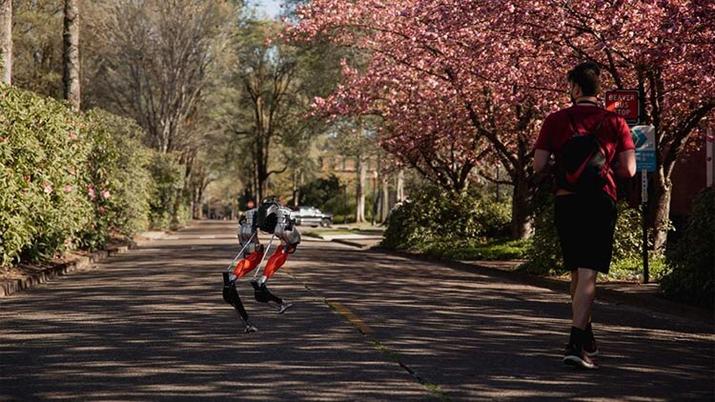 Cassie is able to control the paths she passes by herself. This five-kilometer race was done on the university campus itself and only one battery charge was necessary.

The robot has a structure in its “legs” that simulate the knees, to facilitate all its movements. In addition, an Artificial Intelligence algorithm called “deep reinforcement learning” has taught the robot to run.

Never has a robot been able to run so much

The task of running for robots is very complex since it is much more difficult for them than for a human being to maintain balance. However, this robot has many systems that allow it to stay upright when taking a run, without going sideways.

Its creators believe that it is a very efficient robot because of how it was made. Its Artificial Intelligence system also not only allows it to walk or run but also to jump and go down or climb steps.

There have been many advances that the team has managed to make with this robot. In fact, he ran those three miles in less than an hour. It took exactly 53 minutes and three seconds. Of course, the robot suffered two falls: one because it overheated and the other because it was asked to rotate at an excessive speed.

Many experts believe that in the future robots will be almost as common as they are today, for example cars, although it is clear that there is still a long time to do so since the robotics industry is currently in full development.