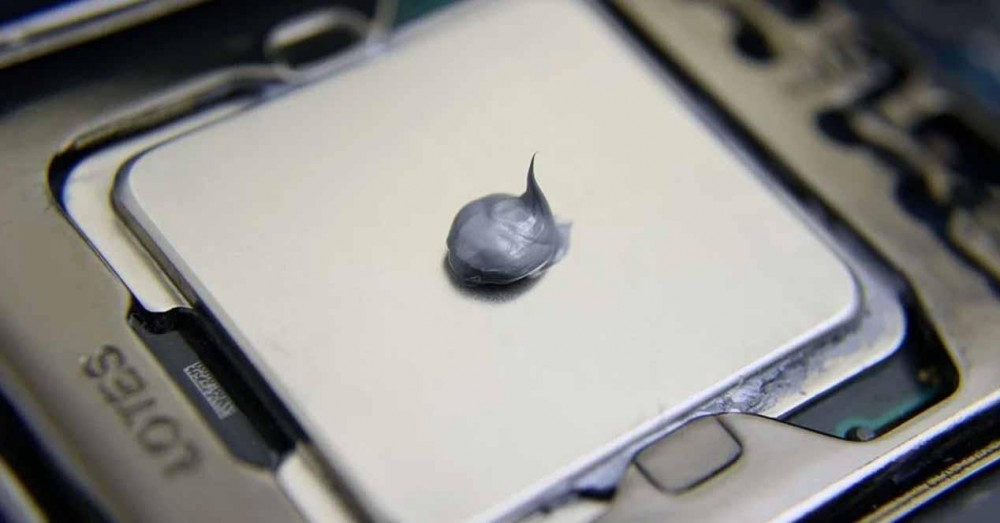 By now we all know that thermal paste is necessary to maximize heat transfer between the processor and its heatsink, and although in general most users settle for the paste that usually comes with the heatsink, those looking for the best performance should keep in mind that not all thermal pastes work the same. For this reason, in this article we are going to tell you which are the best thermal pastes on the market classified according to their conductivity, so that you can know in advance which one will give you a better theoretical performance before buying it.

You must take into account one thing, and that is that in this article we are going to classify and select thermal pastes according to their conductivity, but there are other parameters to take into account such as its viscosity or the materials with which it is made. Although the thermal conductivity in the case of thermal pastes is directly related to the performance that we can expect from it, we are not necessarily going to obtain a better result.

What is thermal conductivity and why is it important?

As you know, neither the IHS (the integrated heatsink) nor the contact surface of the heatsinks is completely flat, and therefore the contact between one and the other is not either. For this reason, it is necessary to put a material in between that is fickle, so that it can adapt to those imperfections on the surface of both the IHS and the base of the heatsink or water block.

The function of thermal paste is very simple: fill those gaps that remain between the surface of both so that the contact is total. However, we are putting an intermediate layer between the heatsink and the IHS, and therefore it must have a high thermal conductivity to be able to transfer the heat generated by the processor to the heatsink effectively and efficiently.

Therefore, thermal conductivity is the ability to transfer heat, although we could summarize it as the ease of changing temperature throughout its surface. This magnitude is expressed in W / mK which means watts of heat per Kelvin meter, and the higher this figure, the better the heat transfer capacity of the thermal paste.

Other aspects to consider with thermal pastes

We must have other values to take into account, as we said at the beginning, such as the density or the viscosity of the product. Some manufacturers use the term “specific gravity” and others limit it simply as density, but in both cases it is expressed in g / cm³ or grams per cubic centimeter. One more attribute that some manufacturers express is also viscosity.

Density can often be determined empirically, simply by applying the thermal paste, mounting the heatsink, and removing it again to observe the dispersion pattern. Next we are going to show you some examples of good and bad thermal pastes. In the image above you can see a poor quality thermal paste, too liquid and whose dispersion is exaggerated and irregular, so its effective thermal conductivity is alleviated.

In the image below we are going to give you another example of a bad thermal paste but for the opposite reason: it is too viscous and it is distributed very badly, leaving “globs” that again mitigate the thermal conductivity.

Finally, below these lines we give you an example of a thermal paste with the correct viscosity and density, something that facilitates its homogeneous dispersion on the surface to maximize heat conductivity. You can see that the pattern is similar to that of the first example, but here we can see that there are fewer voids where the contact will be poor.

The best thermal pastes according to their conductivity

You will realize that thermal pastes are not actually very good conductors of heat and that is exactly the reason why it is advisable to put a layer as thin as possible, since its objective is merely to fill in the micro imperfections of the surfaces of the IHS and the heatsink.

In any case, the higher the conductivity value, the better the performance we can expect from the thermal paste, so we are going to see some of the best known and sold models to check which of them is better in this parameter, always keeping in mind It counts the rest of the aspects such as the viscosity as we have indicated before.

We can see that among all the thermal paste manufacturers, it is the Thermal Grizzly manufacturer that takes the top positions. It also highlights that its Conductonaut model is in first position and with an abysmal difference compared to the second best, multiplying its thermal conductivity by 5, how can there be so much difference? 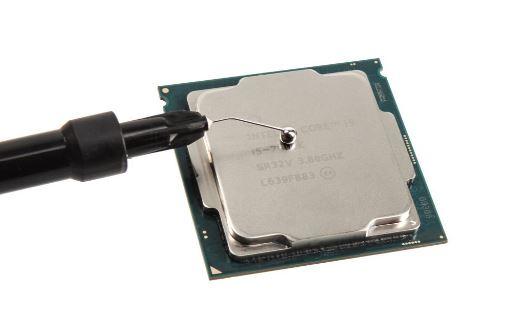 The main reason is that this thermal paste is made of liquid metal , with a eutectic alloy (a mixture of several materials that have a minimum melting point, so that even though it is metal it is in a liquid and not a solid state) of Gallium and Indium called EGaln. This alloy has the peculiarity of being liquid at room temperature and has a high thermal conductivity, although it is true that Thermal Grizzly has created its own alloy (adding Tin among other things) to create this Conductonaut.

The second position is occupied by the also famous Kyonaut from the same manufacturer, while the Prolimatech PK-3 occupies the third position. The most famous thermal pastes sold for their low price such as the Arctic Silver 5 or the MX-4 from the same manufacturer occupy positions 6 and 7 in this list, and curiously the thermal pastes from Noctua or Corsair is not that they are too good positioned in this table in comparison with others (however, another parameter such as durability comes into effect here, since for example the Corsair TM30 is the longest of all and, according to the manufacturer, lasts for several years without losing its properties).