“Create fame and go to sleep” is a saying that comes in handy in this case and perfectly explains what happens in the world of torrent download when choosing a program to download. We all know that uTorrent is the best known and was possibly the best a few years ago, but the situation has changed a lot.

Problems with adware, the purchase by BitTorrent , more ads, malware, paid version … there are many things that have lived since its launch in 2005. However, it resists as the client to download the most used torrent in the world by far .

Clients are vital programs to download torrents from the best pages or from anywhere. Everyone who wants to use this P2P protocol must have one of these alternatives installed on their computer or mobile.

Currently, there are dozens of options, with more or less possibilities, free and paid, with or without ads, open source or not and with many more differences. A server is left with qBitTorrent without a doubt, but that does not seem to be the predilection of the vast majority of users. The world of torrent downloads has changed a lot in the last 10 years. In fact, portals like KickassTorrents, Torrentz.eu or ExtraTorrent have disappeared, at least in their original versions.

However, what has not changed at all is the quintessential client to download. According to the analysis of the iknowwhatyoudownload figures made by TorrentFreak , 68.6% of users download with uTorrent. 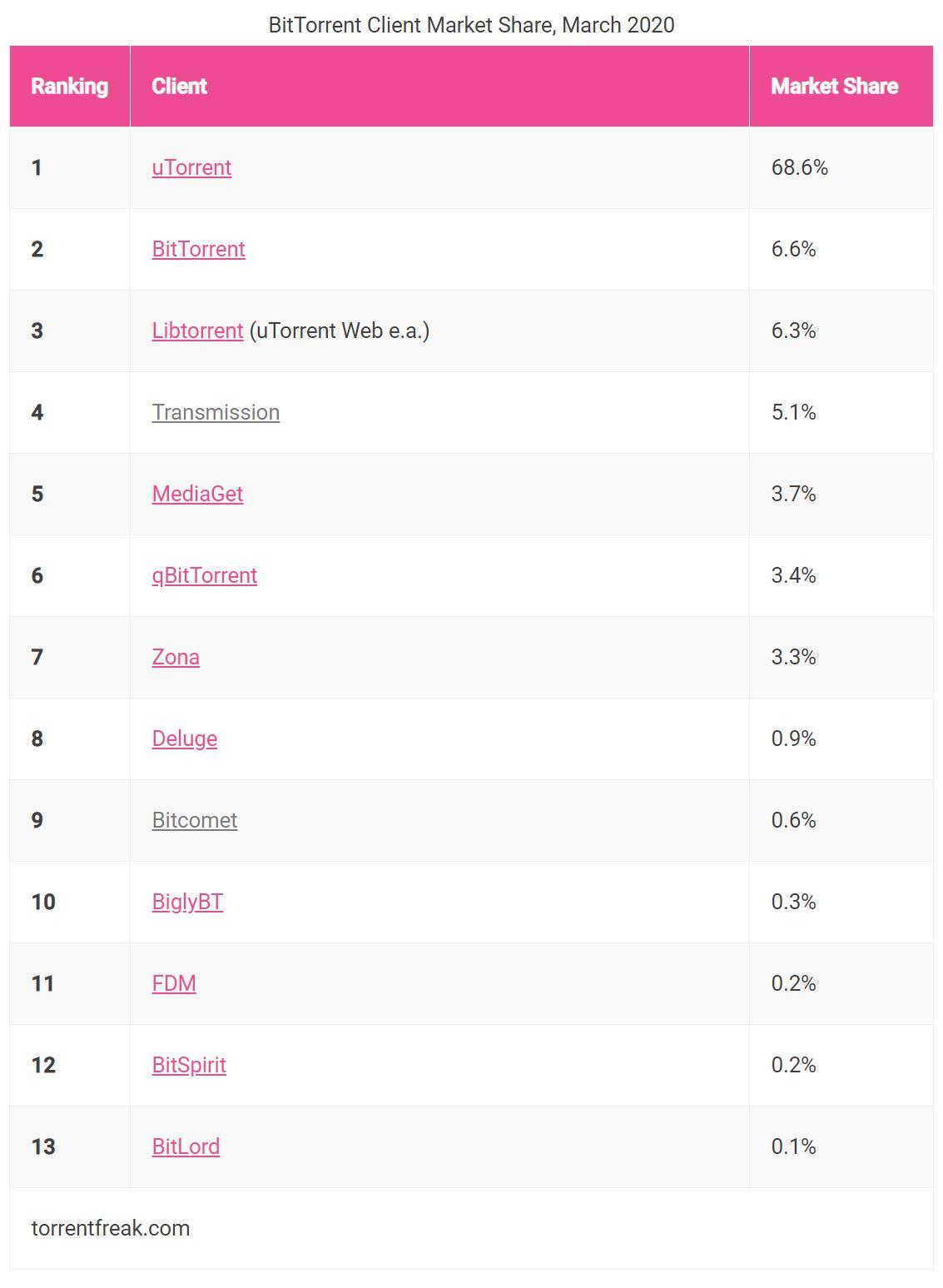 Most of these use version 3.5.5 (the most current), but we also have examples of users with outdated versions. In fact, there are many who use uTorrent for Mac even though it is no longer officially supported. In this operating system the most used client is Transmission, a success that it has not been able to replicate in Windows.

qBitTorrent , my favorite, is ranked sixth with 3.4% of the market. Other celebrities such as Deluge, Bitcomet or BitLord , have even less market share. The second position in the ranking is for BitTorrent, official client of the company BitTorrent Inc. (which also controls uTorrent). Between both clients, they carry 75.2% of the torrent download market, although they could also add more percentage of the Libtorrent library, used by uTorrent Web, among others.

Curiously, the controversial uTorrent accounts for the majority of the market despite the existence of open source clients and with many other advantages. From here, we would like to know your opinion about the success of uTorrent and about which client you use to download torrent from the Internet.