Many people in their childhood have thought at some point about being a member of the police, something that may not have been fulfilled. But there is always the possibility of living this experience through the iPhone and iPad through the games set in police work that can be found in the App Store. In this article we show you the best ones.

Police games for your iPhone and iPad

You have just graduated from the Police Academy and you arrive in a city where conflict reigns. Street gangs and crimes are on the order of the day and you will have to solve them according to the law or turn a blind eye by accepting bribes. It begins by patrolling the streets, stopping people to verify if their documentation is original. Search vehicles in search of criminals and improve your character to be able to rise through the ranks of the police career. 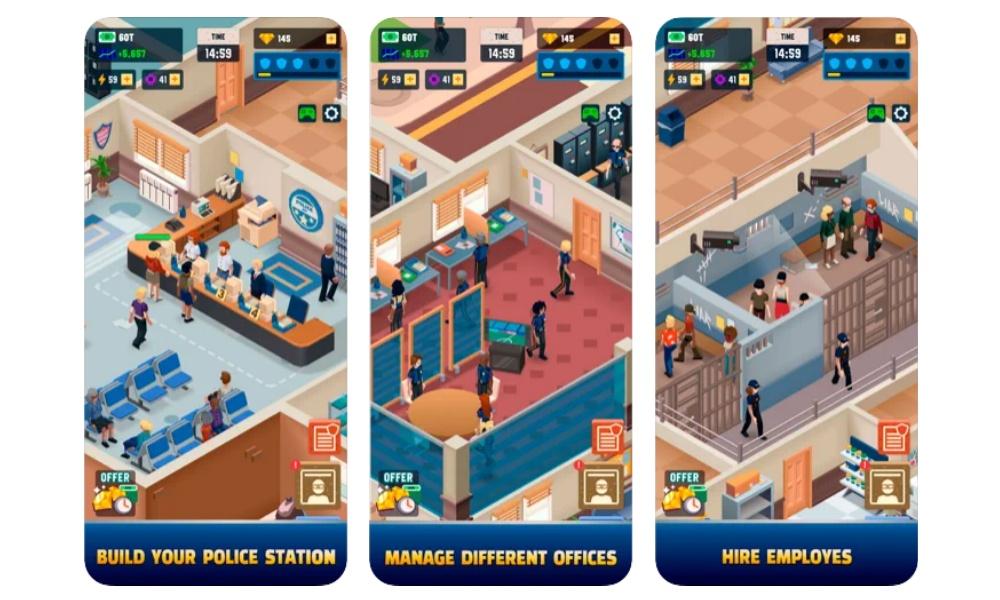 If you think that running a police station is something really easy, this game can change your idea. Idle Police Tyconn puts you in front of a small police station that works hard to grow its reputation. You will have to improve the buildings or vehicle as well as offer the best equipment to your employees so that they can carry out their daily tasks. Obviously you will have to face different crimes drawing up the investigation plans to catch the most famous criminals with the ultimate goal of making your district the safest.

Get behind the wheel of a fully customizable police car that travels the roads of an area of 16 square kilometers. Your objective will be to arrest drivers who have committed a crime by chasing them since it will not make it easy for you. This is where your ability to drive will come into play since having to skid will be something that intervenes fully in this regard.

Explore an open city with your police car in search of crimes that may arise on the streets. You have to go patrolling the streets, help civilians, face gang leaders and also lesser criminals. While you are carrying out your patrol tasks, you will be able to receive calls through the radio with the aim of attending a crime that is taking place to impose the required order. The ultimate goal of this game is to improve the security of the city.

Start working as a border police officer and stop the smuggling of illegal goods in this police simulator. You must go looking in the cars that want to enter the country drugs, money, and illegal goods. You can dismantle the entire car or break the seats to track down the best hiding places where contraband can be housed. Ultimately, it will be you who will decide whether or not someone enters the country or simply goes to the dungeon.

A more focused game for the smallest of the house since it is set in the world of playmobil. Chase thieves through the streets avoiding traffic cones, roadblocks and spike barriers. Obviously the vehicle will run out of gasoline so you will have to collect the fuel on the street so as not to get stopped and end up catching the criminals who want to escape.