Today we can find many free games , both for PC and for mobile devices. However, we are not going to deceive ourselves: most of these games what they are looking for is to get our money. Whether it’s with add-on purchases (such as Fortnite), by paying for envelopes (Gwent, Hearthstone), Pay-to-Win games (that, if we don’t pay, we can’t advance) or through an infinity of ads that spoil the experience game. Fortunately, this is not always the case, and, if we know how to search, we can find great titles that we can play for free, without hidden payments and without cheating.

Although the market tries to instill in us that paying 70 euros for a triple A game is normal, and that if not we are not going to have fun, or that if we want to play with our friends we have to spend hundreds of euros on accessories and accessories, the following titles that we are going to see will show us that this is not the case. The following games are totally free, many of them even open source, and we will be able to play them on Windows, macOS and even Linux without any limitations, and without hidden surprises.

The Battle for Wesnoth, the fantastic strategy on your PC 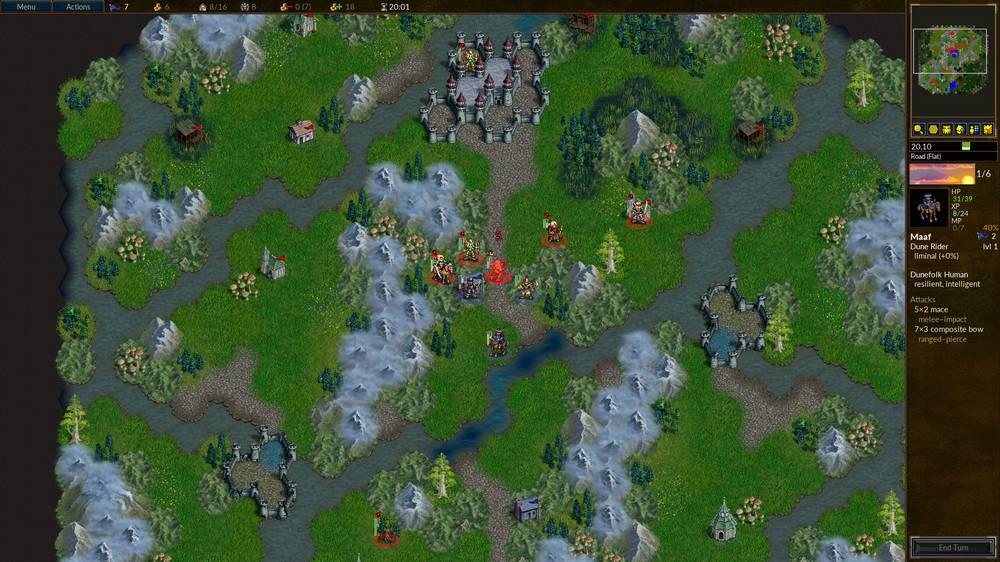 If you like turn-based strategy, The Battle for Wesnoth is a game that you cannot miss on your PC. This title, totally free and open source, takes us to an invented fantasy world in which we can explore the world of Wesnoth and embark on an adventure to regain our rightful throne. A game that has an excellent story mode, and also allows you to create online games to play with other players. 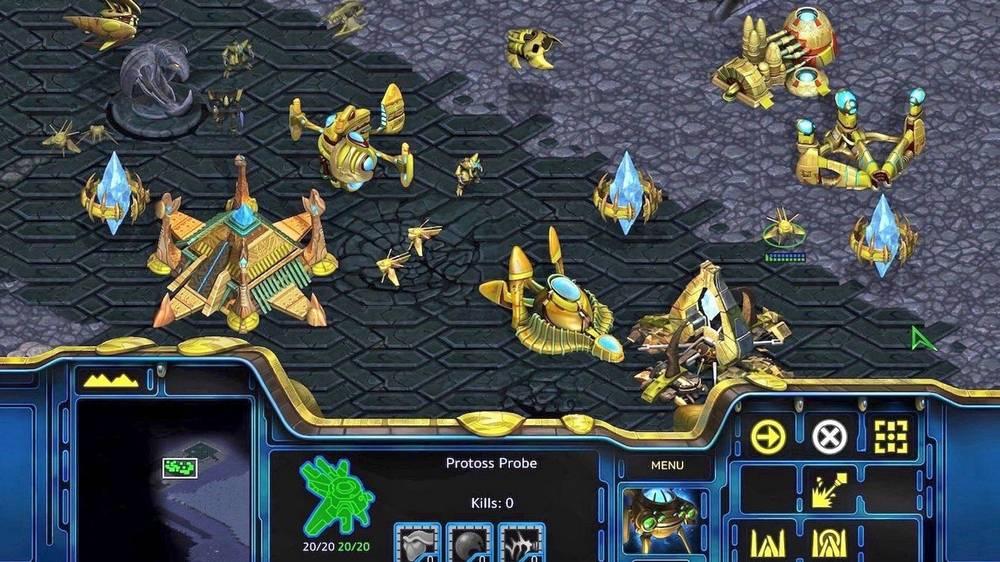 Along with Age of Empires, Starcraft is one of the most popular strategy games. This game allows us to control 3 powerful races that fight to dominate the entire galaxy in a plot that lasts 58 missions. Taking advantage of the release of the remastered version, Blizzard decided to make the original title free, as well as its expansion.

We can download this game for free from the Blizzard website . The classic version, and its DLC, have no cost.

0 AD, the perfect clone of Age of Empires 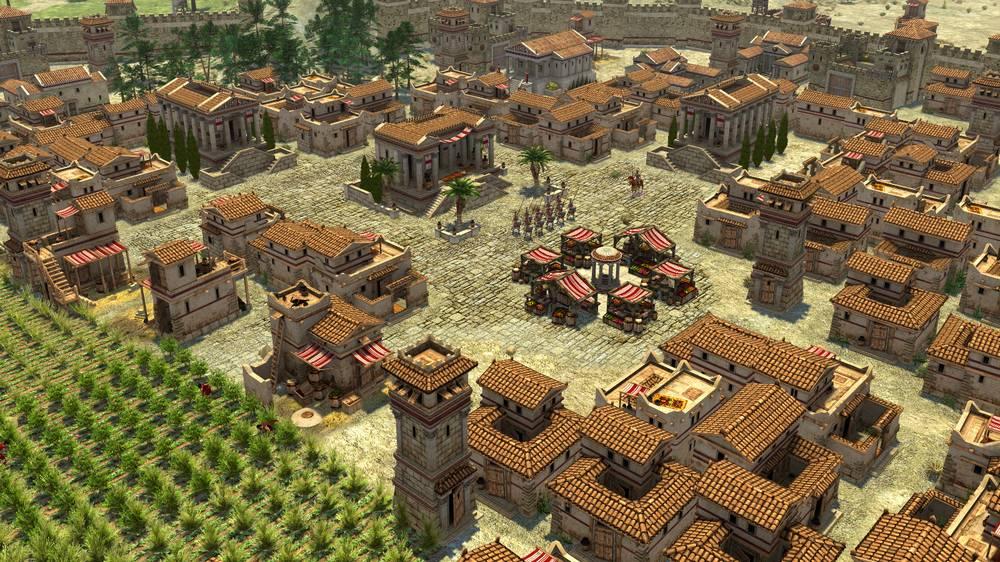 If you are a faithful follower of the Age of Empires saga, 0 AD is a game that, without a doubt, will not leave you indifferent. This title is, for many, an OpenSource clone of AoE. This real-time strategy (RTS) game is being developed and maintained by a group of volunteers to allow us to take control of the story. As the leader of an ancient civilization, we must gather the necessary resources to form a military force and dominate our enemies.

We can download this totally free strategy game from this link . In addition, it has an active development, that is, new updates with more content come out every so often, and all this content is also free for everyone. 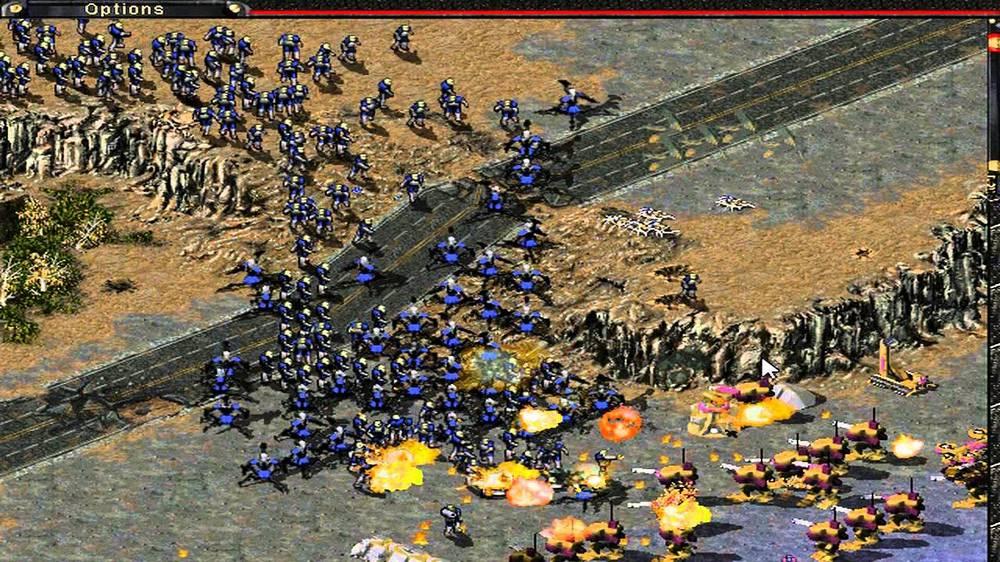 This is not one of the newer games we can find either. This title, owned by EA, was released more than 20 years ago (specifically in 1999) for Windows. However, since 2012, in order to reactivate the franchise, the company decided to make this game totally free for all users, allowing it to be downloaded from the Internet and played without the need for anything else.

This strategy game places us in the year 2030, in the second great war, to continue the plot of the first Command and Conquer , that is, in the middle of the fight to get hold of an alien substance that can give rise to mutants.

The truth is that this game is difficult to find today. But there are still websites, like this one , that allow us to download it for free to play it on any PC. If we search, it is also possible to find the prequel to Tiberian Sun, as EA also distributed it for free. Freeciv is another totally free and open source game that we can download and play without having to pay a single penny. This is a turn-based strategy game, inspired by the human history of civilization in which we will aim to become the greatest civilization in the world.

We can download this game for free from the following link . 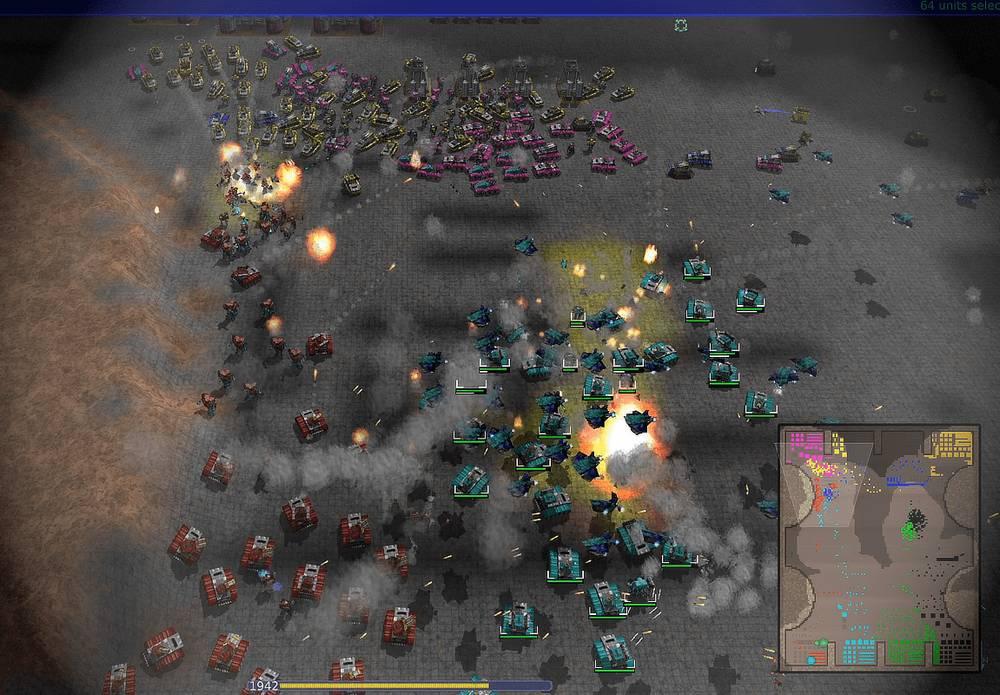 If you are looking for free war strategy games, Warzone 2100 is a 100% free and open source title that will offer us several game modes (campaign, LAN, against AI, etc.) in front of which we can spend a large number of hours to dominate our rivals.

We can download this game from this link . We can also find this game on Steam. 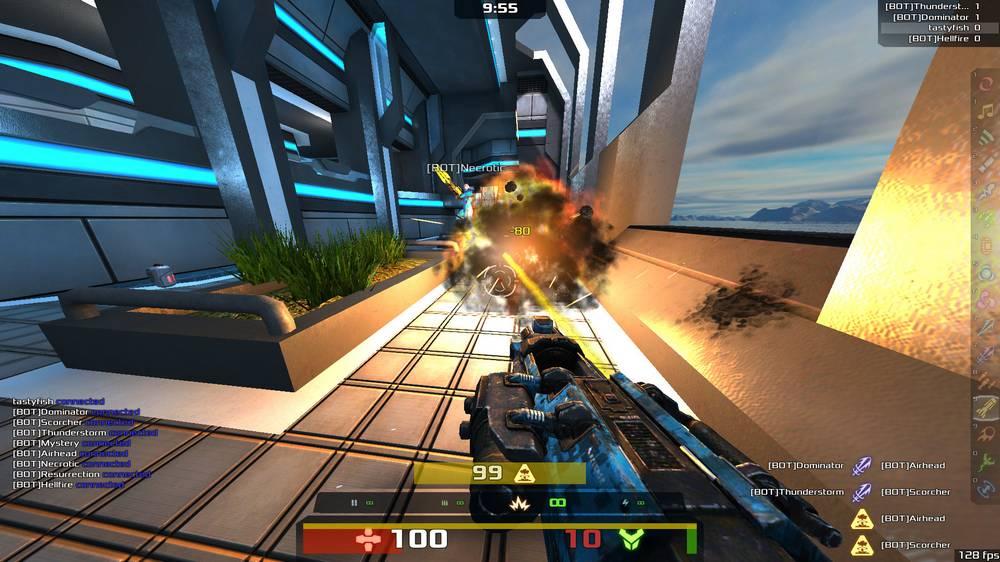 If you like sand games, battles of all against all, Xonotic is an excellent title totally free, and without payment elements, which brings us a total of 25 weapons with which we can destroy our enemies to be the last to play in foot. We can find several game modes, both a free-for-all, and team games. If you’ve ever played an Unreal Tournament, this is probably the best clone of this game. 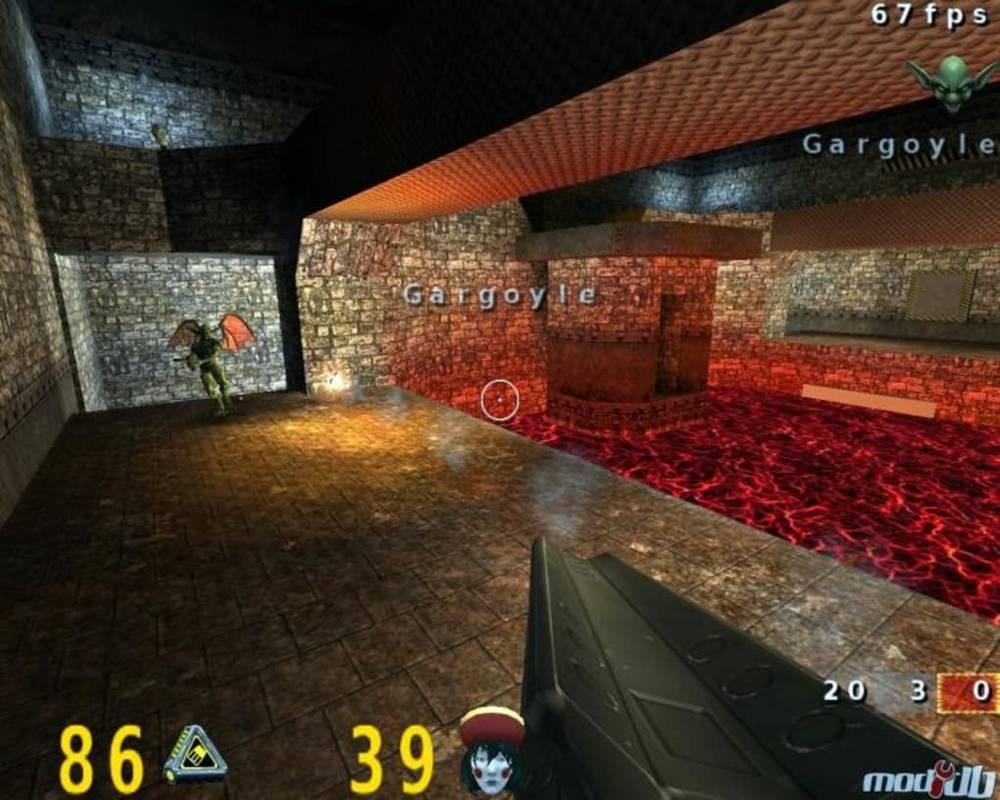 This is another of the free PC games, of the arena type, which allows us to face, on closed maps, other players with the intention of being the last to play standing. In OpenArena we can find several different types of games, such as capture the flag, domination, deathmatch and much more. Another clone of Unreal Tournament that we will be able to play for free on our computer.

Urban Terror, for fans of the Counter Strike saga 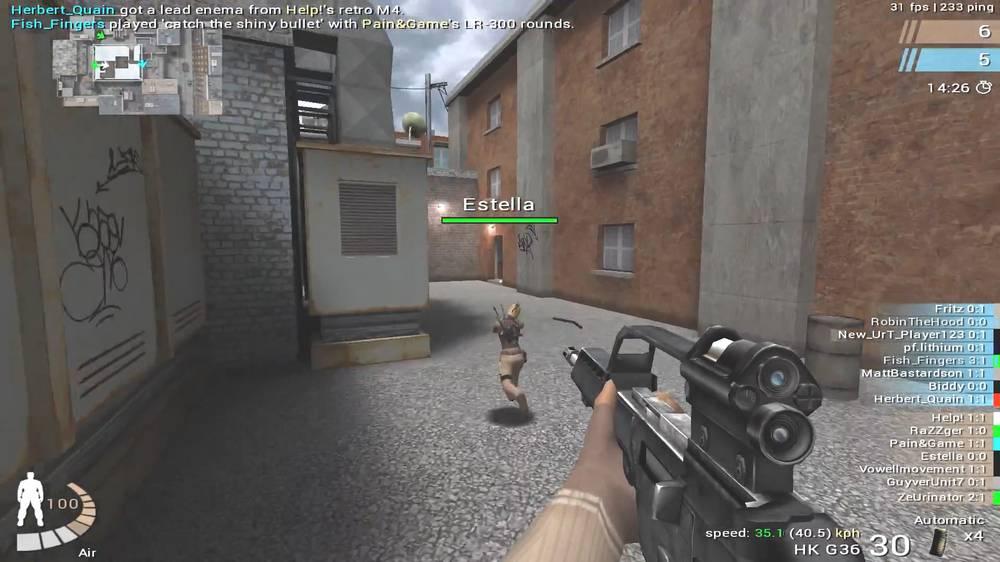 Urban Terror brings us a first person shooter, in the purest Counter Strike style, that uses the popular Quake III Arena as its engine. A shooting game with a tactical touch whose objective is to impose our victory over that of our rival on very well elaborated maps and without any kind of trick that encourages us to pay.

Other free games for PC 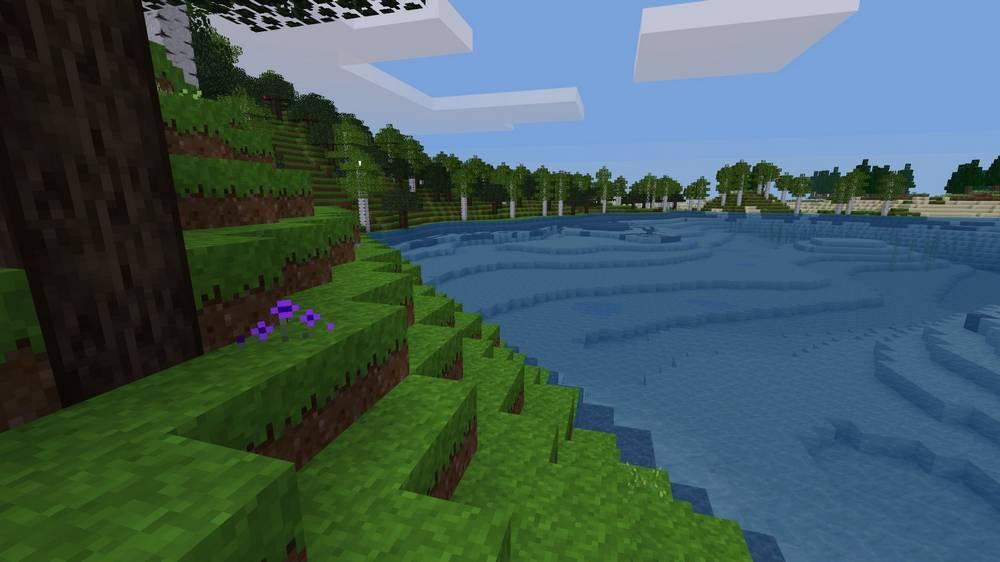 If you like sandboxes, and have ever been attracted to Minecraft, Minetest is an OpenSource clone that you should definitely try. This game gives us an open space in the shape of a cube of 62,000 blocks × 62,000 blocks × 62,000 blocks within which we will be able to do whatever we want. We have total freedom when it comes to designing and giving free rein to our imagination, since we can even change the textures of the game for the ones we want. It even has an excellent random map generator so that, in case you don’t want to spend time creating, we can start playing. 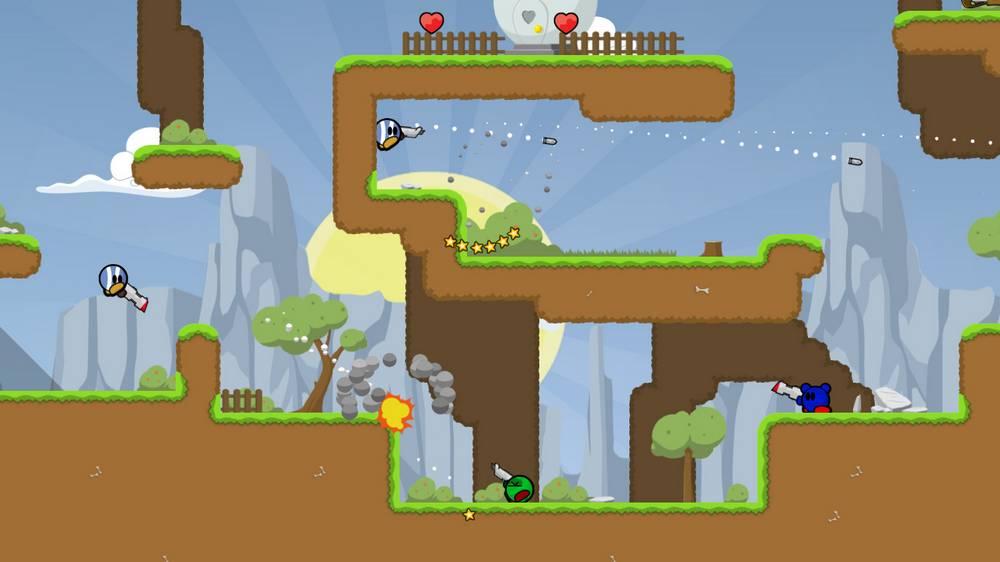 Teeworlds is a totally free, retro-looking game that brings us online multiplayer fights with up to 16 players in a wide variety of game modes, such as deathmatch and capture the flag. This game features a host of different mechanics of all kinds, controller support, and even offers players the ability to design their own maps.

We can download this game for free from its main website . We can also find it on Steam. 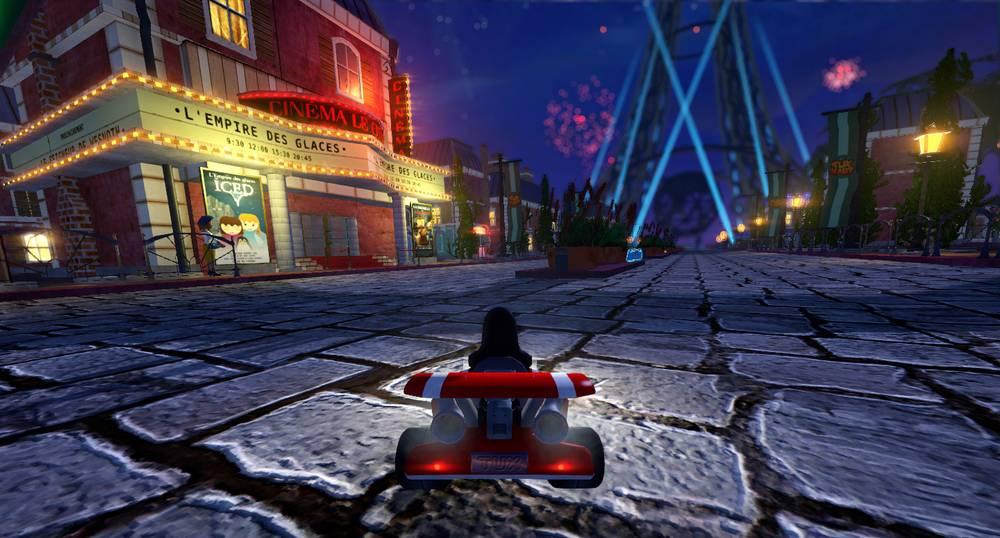 If you like Mario Kart, or Crash team Racing, SuperTuxKart is an open source 3D racing game that you cannot miss on your computer. This game has a great variety of characters, tracks and game modes so that we can get the best possible game experience. It has a story mode that we can complete, and competitive modes in which to fight against the machine or against our friends.

We can download this game for free from the project website . It is available for Windows, macOS, and for Linux.

Maldita Castilla, game inspired by the history of Spain 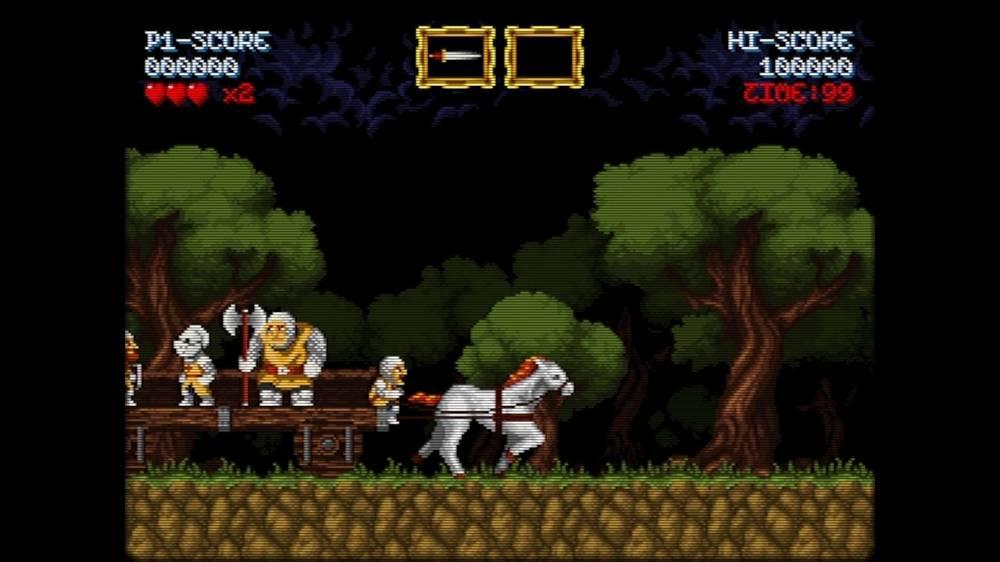 Maldita Castilla is one of the free metroidvania games for PC that we can find on the web. This places us in the shoes of the brave Don Ramiro, one of the knights of King Alfonso VI, whom we will have to guide through the cursed lands of Tolomera and fight against all kinds of demons and undead creatures. A game with retro graphics from the 80s, with real places in Spain that has a total of 6 different levels, 14 bosses and more than 40 different enemies to defeat.

A totally free game for Windows that we can download from here .

OpenTTD, the free and improved alternative to Transport Tycoon Deluxe OpenTTD is a totally free and open source game inspired by Transport Tycoon Deluxe. The objective of this title is to be as faithful as possible to the original game and, on top of it, add a series of features that allow you to expand and improve the experience. It is not a game for everyone, but if you like Tycoon types, you will certainly spend hours playing this open game. 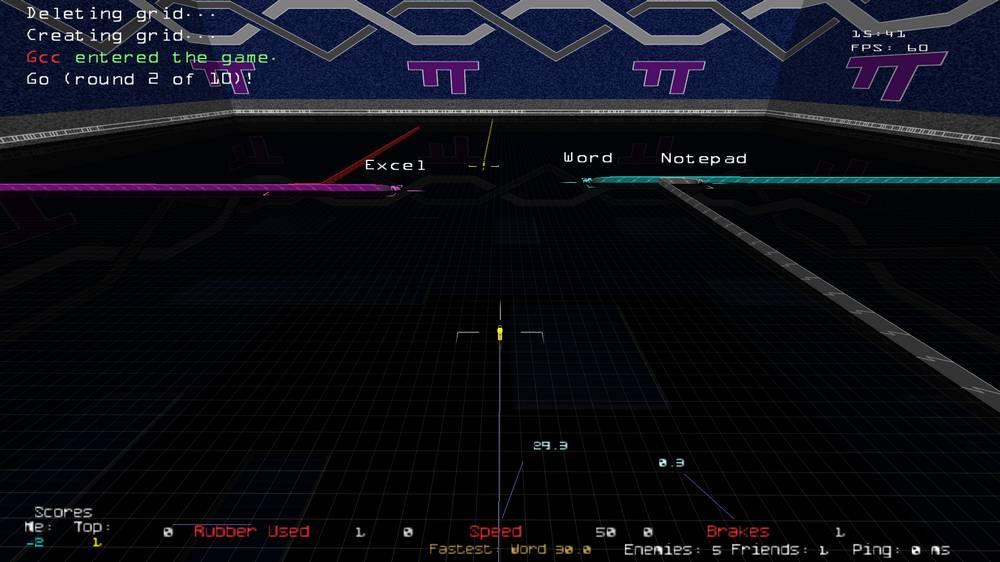 If we are faithful followers of Tron, Armagetron is another free game for PC that cannot be missing in this repertoire. This title takes us directly to a light bike that we will have to drive until we corner and crash our rivals. The objective is to be the last player standing, both of people and players controlled by its advanced AI.

We can download this game for free from here .

Hedgewars, a free alternative to the mythical Worms Have you ever played Worms? The typical game of worms fighting bazookas. Well now, thanks to Hedgewars, we will be able to do the same but with hedgehogs. A turn-based strategy game with touches of humor in which the objective is to guide our soldiers to be able to finish off our rivals. The game has its own campaign, and also a large variety of multiplayer modes in which up to 8 players can participate.

We can download this clone of Word from this link .