Sleeping well is something that has a direct influence on people’s health. Sometimes you can sleep 8 hours but not rest, something that can lead us to think that we are sleeping properly. In order to know the quality of sleep, there are applications such as Autosleep, but also native functions that have been included since iOS 14. In this article we compare the differences between the two.

Similarities and differences in sleep measurement

Both the native sleep measurement function that has been included as of iOS 14 and watchOS 7 and the Autosleep application use a very similar system to detect when you sleep. In both cases, algorithms are used that are based on the noises picked up by the microphone and on taking the heart rate. The fact of having relatively low pulsations in bed indicates that a person is sleeping peacefully. Sleeping with the Apple Watch on is also an important help when it comes to detecting if there are movements by the user. Thanks to its gyroscope, the system is able to know if someone is totally still or is moving around the bed. The latter can be interpreted as a restless dream or simply that the user is fully awake and has not begun to sleep. The problem that occurs between both methods is the information that is offered to the user as we will comment below. 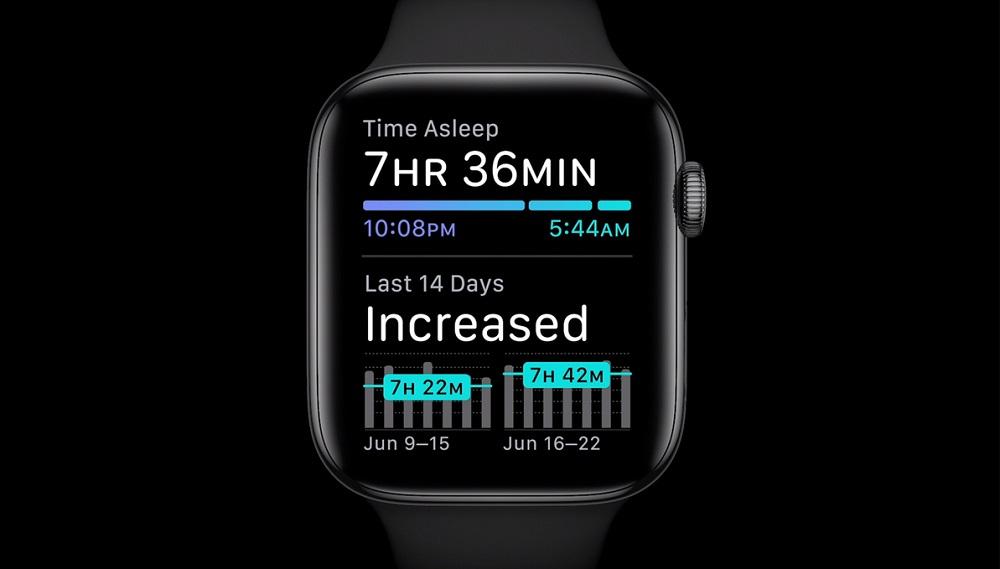 In order for the analysis to be carried out optimally, it is necessary in both cases that the iPhone and Apple Watch be used. Both teams complement each other when it comes to providing information to the algorithm that analyzes the quantity of sleep and its quality. Without the Apple Watch, the heart rate or movement data cannot be taken in bed, leaving the study very incomplete. If you choose to use only the iPhone, the only source of data will be the microphone and the sounds you can make while you are asleep. Usage data is also taken since if it is detected that you are not picking up the iPhone at any time it will mean that you are sleeping.

Autosleep if you analyze the quality of sleep

Although the sleep control system is very similar both in Autosleep and in Apple’s native system, there are important differences in the data dump and its algorithm. The Autosleep application provides users with detailed information about the different phases they have gone through while sleeping. At the end it is clearly reported in the morning whether the sleep has been good or bad. This is not something that happens with Apple’s native function that only reports the number of hours they have slept and the heart rate that has been recorded in each of the shots.

In this sense, the Autosleep app is much more prepared to provide information on the quality of sleep as there is a real algorithm that interprets the recorded data. This is something that does not exist, at the moment, in the Apple system and that unfortunately is quite ambiguous. In the end, what the user is looking for with this type of applications or functions is to know if he is sleeping correctly or not. As we said at the beginning, you can sleep 8 hours but not get enough rest, feeling exhausted the next morning.

Autosleep is the option that gives you this information and that helps you interpret the data comfortably. It is true that the native Apple function offers both when you wake up and the heart rate that has been recorded in each measurement, but it is not interpreted. It has to be the user himself who analyzes all this data to give a verdict on whether he has rested or has had high heart rates for no reason. This is where you feel the lack of Apple’s native function compared to other applications such as Autosleep. 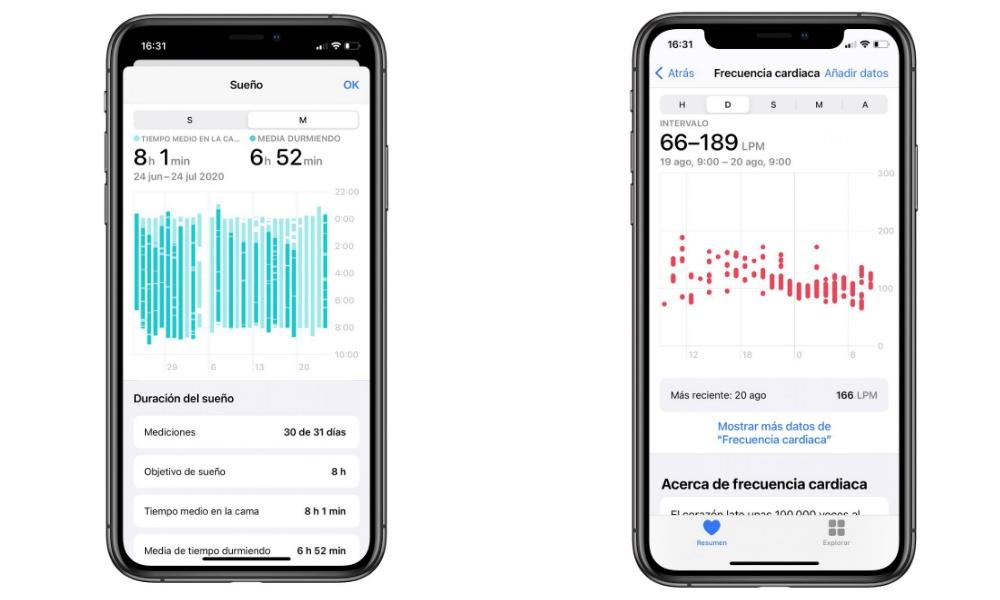 Information offered by both services

As we have commented previously, there are many differences when it comes to offering sleep data in both cases. In the case of Autosleep, the application offers color schemes so that you can know immediately if you have had a proper sleep or not. It also gives a lot of data such as the rating, the time in which you have had a quality sleep and also the average heart rate. These data are represented in different circles that are completed depending on the objectives that you have set. The design is quite similar to the activity rings that are built into the Apple Watch . To this is added the possibility of including notes on how you have felt when you have woken up and later analyze it.

In the case of the native sleep function on iPhone, the data is integrated into the health application and the information is quite scarce. Information is only provided on the start and end of sleep as well as the average time in bed. This is represented in a fairly simple color bar diagram that serves to know what time you woke up depending on whether the color is more or less dark. In no case are exact data on the quality of sleep offered, nor is it allowed to choose a specific time slot to be able to observe the heart rate among other information.

Reminder to go to sleep and alarm clock

What both applications resemble is undoubtedly in the reminder to go to sleep. The user can choose the time at which he wants to start sleeping so that he will be reminded through a notification on the iPhone or Apple Watch. This is tremendously positive because a sleep routine is created that ends up adjusting the circadian cycles of our body to achieve a more optimal rest.

Something very interesting that the iPhone and Apple Watch operating system offers is undoubtedly the integration with the alarm clock. This is important to avoid waking up with a start or in the middle of deep sleep. The integration with the alarm clock is something that is not present in Autosleep, having to use other third-party applications or even the native ‘Clock’ app on the iPhone. 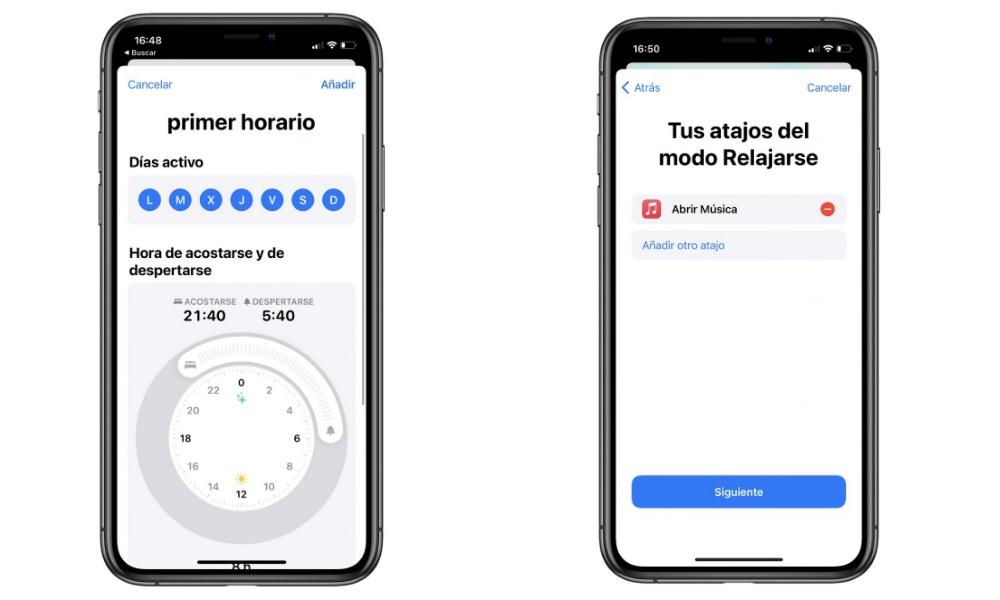 Apple’s system also offers the ability to create custom shortcuts for going to sleep. This translates into putting on relaxing music and even activating the ‘Do not disturb’ mode automatically. All these processes are necessary in the end so that you can sleep peacefully without discomfort, something that helps improve the quality of sleep in the morning and what Autosleep lacks.