The antivirus has become an inseparable companion when it comes to connecting to the Internet. Thanks to it we can be safe and protected against threats (increasingly frequent and aggressive) that we can find on the network. But it is not enough just to install an antivirus to be protected against all these threats, it is also necessary that this antivirus is effective, complete and, incidentally, that it does not slow down our PC. Does yours meet these characteristics?

Every few months, different security companies test the main antiviruses on the market to help us discover if the antivirus that we have installed on our computer is capable of dealing with threats or if it is leaving gaps through which malware could sneak in on our PC. One of these companies is AV_Comparatives , who has just published a new comparison, updated as of June 2022, with which to test the security and reliability of the main antiviruses on the market. 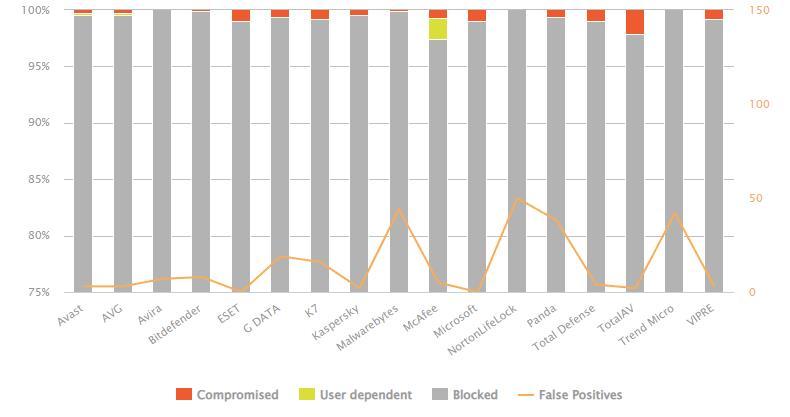 Which antivirus is the best right now?

These new tests have measured only the efficiency to detect all types of threats, the number of failures and the number of false positives. And, taking these three aspects into account, only three antiviruses have managed to obtain a perfect grade:

These three security programs, in their most modern versions, have achieved a 100% protection grade, detecting and blocking all threats, without the need for user interaction. Although the number of false positives recorded has been worryingly high.

Second place, missing just one threat out of all those analyzed, is occupied by two other major antiviruses:

Likewise, both antiviruses have had such high detection rates thanks to their heuristic systems, systems that are not very well tuned due to the large number of false positives that they have also recorded.

And finally, in third place, we have the following antivirus:

These two antiviruses have come in third place for letting through 2 threats that can endanger users and, furthermore, for not being able to automatically protect the user, but rather requiring the user’s intervention with at least one threat.

Which one I choose?

As we can see, there are many antiviruses that bet on “killing flies with cannon fire”, obtaining a high detection rate at the cost of false positives. This is the case of Trend Micro, Norton or Malwarebytes, two antiviruses that, given these results, we do not recommend installing .

On the other hand, looking at the scores of the rest of the podium, the best options to be safe and be able to navigate without worries could be, on the one hand, Avira, if we want a free antivirus, and on the other hand, Bitdefender, if what we are looking for is a complete security suite.

Where is Windows antivirus?

Microsoft‘s antivirus, which is included in Windows 11, has not exactly been in a very good place. This security software has been third in the queue for letting a total of 7 security threats pass that have been able to endanger users. 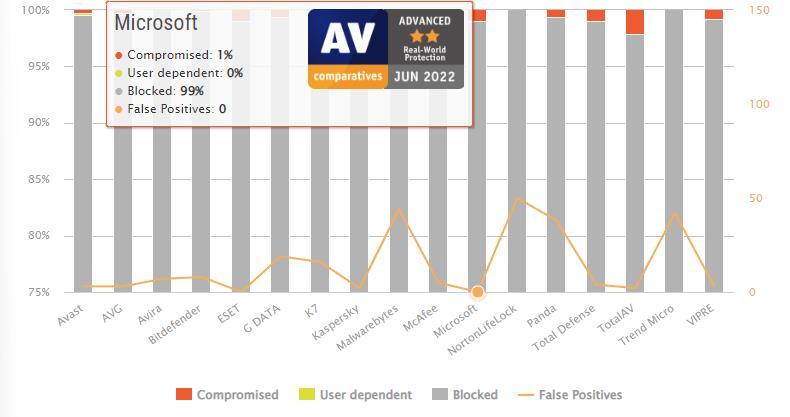 However, this does not mean that it is bad security software, quite the opposite. And it is that it has been the only one that has not given any false positive during the tests, which means that, in the absence of fine-tuning, the heuristic system is one of the most precise and effective on the market. Windows Defender is still the right choice for most users.