Since the founding of Apple more than 40 years ago, the company has had great moments in its history, but economically there is no doubt that these last ones are being the best. After a slump at the beginning of 2019, the company has been able to overcome its income and even in the midst of a pandemic it is breaking its own records. Yesterday they communicated the results of the last quarter of 2020, which they call Q1 2021, being able to see that the figures have returned to being historical. We discuss it all below.

Apple increased its revenue by 21%

The apple company announced that its total income for the months of October, November and December 2020 was 111.4 million dollars. From this whopping figure, it is concluded that the final profits of the company are around 30 billion, 28,760 million dollars to be more exact. Compared with the results obtained in the same stage last year, we can observe an increase of 21%, while at the level of shares on the stock market, the company has managed to increase its value by 35% to 1.68 dollars. 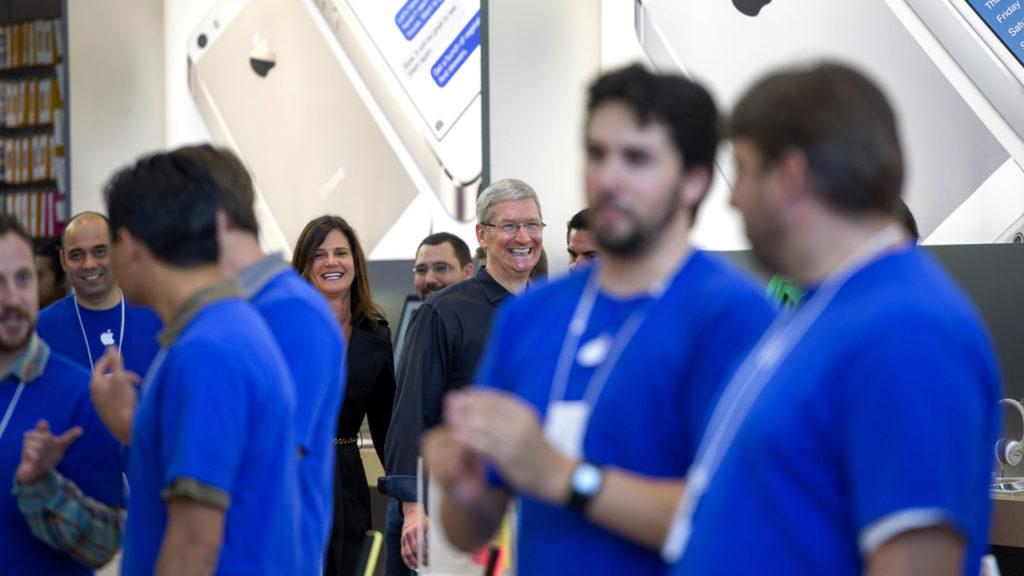 Tim Cook, CEO of Apple, valued the “tireless and innovative work of all Apple members around the world”, being fully satisfied with having obtained these results while appreciating that not only the products, but also social initiatives were marking an important impact on society around the world and more specifically in the United States. Luca Maestri, CFO, for his part also positively appreciated the increase in revenue in each of the company’s product lines.

The iPhone were great protagonists

The Californian company has not offered specific data on the sale of products for some time, however, it does a breakdown of the income categorized by each of them. The end of the year 2020 was, without any doubt, one of the best for the iPhone. In this way, the smartphone once again reaffirms its status as Apple’s flagship product . In fact, it was even said that, for the first time, they crossed the barrier of one billion active users on iOS devices.

We see how the increase in services has also been an important point to highlight. The arrival of new platforms such as Apple TV +, Apple Arcade, Apple Fitness + or the union of all of them with those already existing in the Apple One packages seems to bear fruit. As a curious fact, it also stands out that it was the record period of FaceTime and that in the midst of a pandemic it is normal for video calls to multiply and Apple confirmed that it has the king service in this section, surpassing other rivals such as Zoom or Skype.

Optimism for this year

Apple used to make a forecast of what they expected for the next few quarters in the past. The view is already set on the current first quarter of 2021, which Apple calls Q2 2021, but the fact that we are in an anomalous situation due to the COVID-19 pandemic has made the company more reluctant to show its expectations. Based on the reports of different financial analysts seen in these weeks, we can confirm that there is optimism also for the next economic period. In fact, it is said that Apple itself internally manages these good forecasts, motivated in good part by the boost in sales of its new phones. In any case, there are still 3 months left to see how a company has been able to develop that, once again, marks the way for many others.