Every time there are more threats that hide in the network. By simply connecting to the Internet we are exposed to a large number of malware and all kinds of computer attacks that can put all our security in check. Although we must always navigate with caution, it is vitally important that, to avoid major problems, we rely on a security solution. It does not matter if we use Windows, macOS or Linux, it is always recommended to have a good antivirus. For what it could happen.

Do I need to use antivirus on Linux?

Linux has long been thought invulnerable, that there were no viruses for this operating system. And several years ago it could be true, but not because Linux was super-secure, but because given its market share, hackers were not worth spending time and resources attacking these systems. Today, Linux is just as safe an operating system as Windows or macOS can be. The Kernel can have vulnerabilities that, if not patched, can endanger our entire PC. And not only that, but there are more and more cross-platform malware that affects all operating systems equally.

If we use Linux with common sense we do not have to worry about viruses, just as if we use Windows or any other operating system appealing to this common sense. Therefore, it is time to erase the mentality that “Linux does not need antivirus” and start thinking about installing an antivirus on this computer to be protected.

In Windows we always tend to place special emphasis on the importance of also having a good firewall that protects us from malicious connections. However, the Linux kernel itself already comes by default with one that, in addition, is one of the best and most effective and powerful, although complicated to configure.

If we want to also control the Linux firewall, we recommend you either learn the iptables instructions (not recommended, due to its difficulty) or choose other programs, such as Gufw, that allow us to configure it more easily.

What a good antivirus should have

The most important thing in a good antivirus is that it has a good engine, both local and cloud-based. This is the best way to be able to be protected from malware from minute zero, preventing the newest malware from affecting us due to a delay in updating the database. In addition, this engine must have heuristics to be able to identify malware by its behavior, even if it has not yet been registered by security companies.

Along with the antivirus engine, a good security software must have other protection shields . For example, it is recommended to look for a solution that protects our email, which has anti-spyware and also a protection module against ransomware. Of course, a good firewall is essential if we want to be well protected.

Those who choose a Linux operating system is that they give great importance to the performance of the computer. Therefore, a good antivirus for Linux must take great care of this aspect, consuming the least possible resources of both RAM and CPU.

As in Windows, Linux antivirus can be free or paid. Just because an antivirus is free doesn’t mean it’s going to be worse than a paid one, or vice versa. Each one of them has its advantages and disadvantages so that it is each user who chooses the one that best suits their needs, be it a free antivirus for Ubuntu, or a Premium antivirus for Linux with which to protect a large infrastructure. 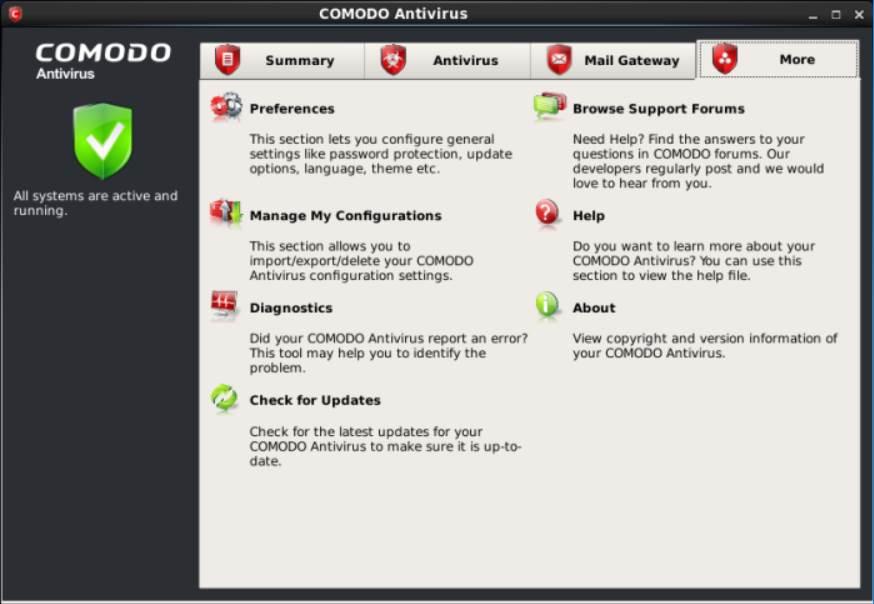 Comodo is also another antivirus for Windows that has a version for Linux. It has a powerful scanning engine that allows us to analyze our PC in real time and gives us the possibility of both performing on-demand analysis and scheduling our own scans. This can work perfectly both on a local computer and protect different computers on a network from a server.

We can download Comodo from here . Of course, the security firm has not updated the antivirus for almost 10 years, so it does not work from Ubuntu 12.04 (released in 2012) onwards. 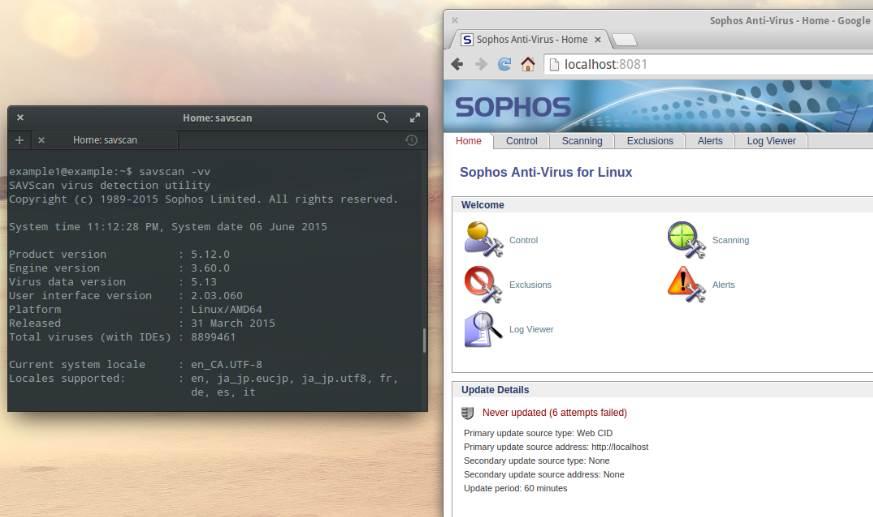 Sophos is one of the best free antivirus for Linux. This has a real-time scanning system, in addition to offering users the possibility of carrying out on-demand analysis as necessary. It is capable of protecting us both from Linux malware and from other threats to other operating systems, such as Windows or Android. Detects and removes all types of malware, from viruses and Trojans to computer worms.

Among its main features we can highlight that it is a terminal antivirus, very light and easy to install and to use, and its support for non-Linux threats. However, if customer support leaves a lot to be desired, and it’s only free to protect a device. If we want to protect more computers (for example, in a company) we will have to pay to access centralized security. 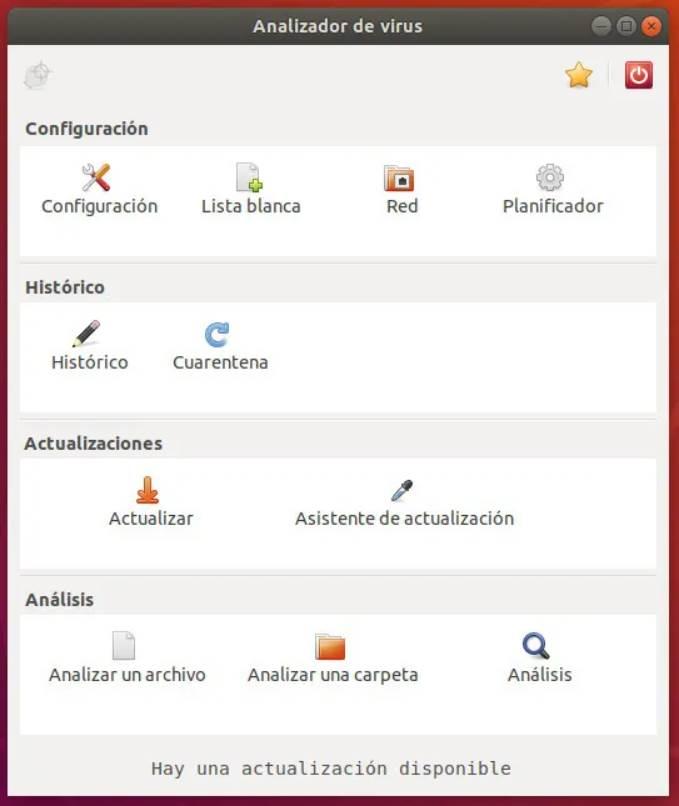 ClamAV is one of the best known antivirus for Linux. Without a doubt, what stands out most about this antivirus is that it is one of the few that is open source. This antivirus has one of the most complete databases, generated from the databases of other antivirus, and allows us to detect virtually any type of malware for any operating system, including Windows.

Among its main drawbacks we must highlight that it is not a resident antivirus (it does not check the security of the PC in real time), but it is a portable antivirus to carry out on-demand analysis. In addition, it also does not have an interface. And although the former we cannot fix, the latter is easily corrected with ClamTK. This GUI allows us to easily use the antivirus from a very simple interface.

We can install this antivirus on any Linux distro easily with the following commands:

One of the best solutions to check viruses on other hard drives, from a Live-CD system, and to be able to disinfect Windows easily.

Although not the best known, this is also one of the best free antivirus for Linux. The F-PROT database is capable of detecting and eliminating more than 21 million different threats, as well as all their variants. It allows periodic and on-demand scans and is capable of searching for viruses at startup, macros and even detecting “undetectable” Trojans. 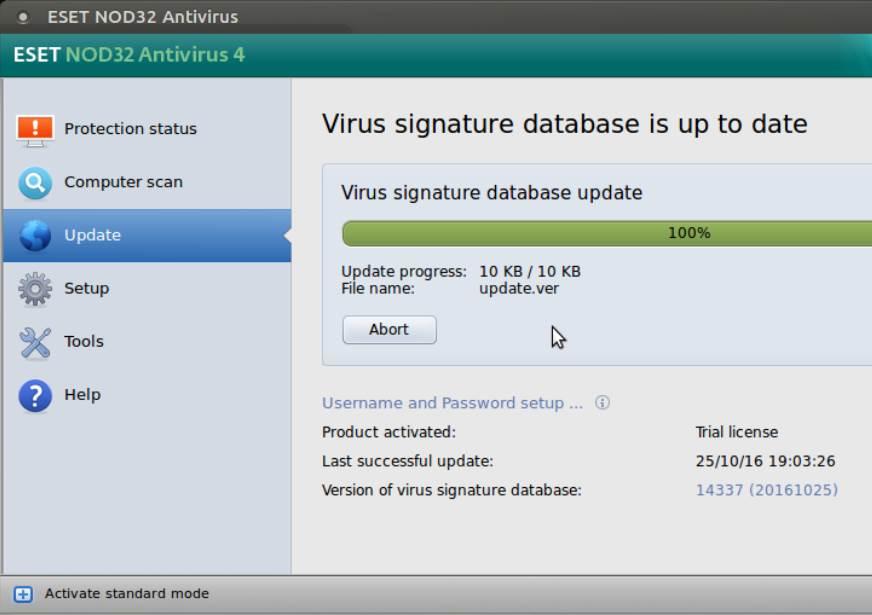 ESET has been, for years, one of the best antivirus for Windows, although it is true that lately it has lost popularity for not having the best database or offering the best performance. However, users looking for a simple and effective antivirus for Linux and Ubuntu will find two of the best options in ESET.

On the one hand we have ESET NOD32 Antivirus 4 . Although this antivirus has not updated the interface for a long time, it is one of the best we can find to protect Linux. It has one of the most accurate systems to detect viruses and malware and spyware, in addition to allowing you to protect our network. It updates automatically so that once installed, we no longer have to worry about it.

We can buy this antivirus from the following link .

And in case we have to protect a large company, we can also choose other, much more complex (and generally paid) solutions: 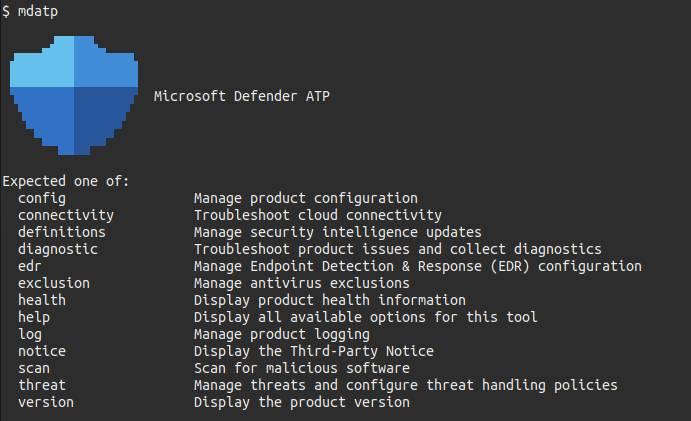 Windows Defender has become one of the best antivirus for Windows 10, a completely free antivirus that has taken the security of the Microsoft operating system to a new level. In addition, Microsoft has also brought its antivirus engine to Linux through Microsoft Defender ATP .

Mainly focused on business environments, this antivirus is capable of analyzing and monitoring an entire network of computers, consuming many resources. In addition, it has a monitoring system for threats and vulnerabilities so that system administrators can control all network security from a single panel.

GravityZone Business Security, Bitdefender, is one of the best security solutions for consumers and businesses. This antivirus allows us to perform a vulnerability analysis just installed to know the current state of security of our network and our system. Its antivirus engine is one of the best, since it even allows protection from fileless viruses (those that do not have executable files) by controlling what runs in the system memory.

This antivirus is fine for small and medium businesses as it offers flexible pricing plans and is capable of protecting up to 100 connected machines within a network. But it is more expensive than other similar antivirus. Businesses needing a different level of security should opt for Bitdefender Enterprise Security.

Kaspersky business editions include Endpoint Security for Linux, a solution to protect all computers with this operating system within a network. The main advantage of this software is that it integrates perfectly into any operating system, and administrators have a very simple and complete remote control to always have control over the security of their network. Thanks to the anti-cryptor system, it can also protect us from ransomware, detecting any unauthorized encryption.

Unfortunately, this antivirus requires advanced IT skills to install and get going, plus it doesn’t include email or web protection.

In addition to the NOD32 for home users, this form of security has another edition for the most demanding users, and for companies: ESET Endpoint Antivirus for Linux . This AV has a virus analysis engine in real time. It also allows to analyze and search threats on demand in any system. And for businesses, it includes additional features like full compatibility with the ESET Security Administration Center and Cloud Administrator, which allows administrators to control all network security from the cloud.

We can download ESET Endpoint Antivirus from this link .

Another of the most complete solutions that companies can use to protect themselves from viruses is F-Secure Linux Security . This security software has two versions, a Full Edition, which has real-time analysis, a graphical interface and allows administrators to centralize all the installations of this antivirus in a single panel, and a Command Line Edition, which is lighter but no interface (controlled from terminal) and no real-time protection.

It has one of the best protections against all kinds of viruses and malware, in addition to having an additional security measure called “Integrity Checking” that protects us from intruders.

We can download this antivirus from the following link .

Other programs to protect Linux

In addition to the previous antivirus as such, we can also find other security programs for Linux with which we can reinforce the security of Ubuntu, and any other distro, and be protected from even the most complex threats.

On the one hand we are going to talk about Chkrootkit. This program is one of the best options that we can find to protect ourselves from rootkits. The security software is capable of detecting any rootkit hidden inside the system and removes it without generating errors in our operating system. It is very light, easy to use, and also portable. To install it we just have to run the following command:

And we can’t forget about Rootkit Hunter either . This program is similar to the previous one and allows us to protect ourselves from these threats using more advanced techniques. It has a database that allows detecting rootkits through SHA1 checks. It is portable, easy to use and totally free. We can install it with the following command: