Technology has been something that has greatly benefited the military in many countries, which have seen how they have been able to improve their weapons or their tracking and reconnaissance systems thanks to all the advances that have been created in recent years. On this occasion, the United States has successfully tested a drone that is capable of destroying a swarm of drones . These small aircraft are being deployed by many countries for their military operations, thanks to their dynamism and small size. There are many different types of drones .

All the tests carried out with this new drone were a success. The date on which the tests were done is unknown, but it was just seven days ago that Raytheon, an American military company, announced that the tests went well. The aircraft alone was able to eliminate a set of up to 10 drones. Drones can have many different uses .

In addition, the weapon used by this drone is not kinetic, that is, there is no physical projectile, but the impact is produced by all the power that is generated in the weapon. This type of weapon allows the drone to destroy multiple targets at once without the need for rearming.

In addition to destroying enemy swarms, the drone also managed to perform other types of functions such as recovering, restoring and reusing. Also this drone can be fired with launcher systems that the American army has. 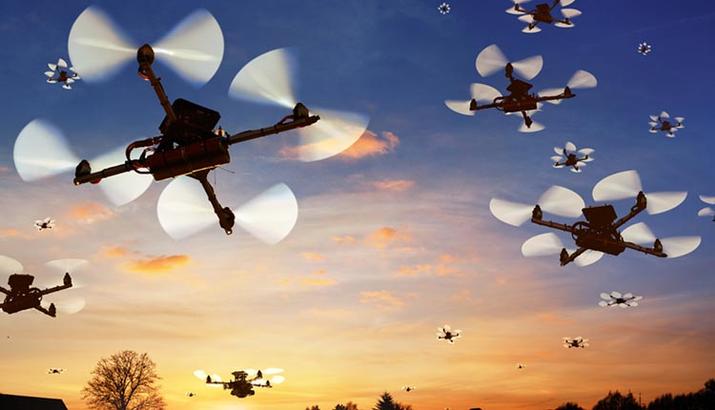 It can be fired from a tube-shaped device, or from aircraft or even underwater or unmanned vehicles. Although it is a weapon that destroys drones, although it can also be used as a traditional missile to attack other targets.

Soon to be used in real operations

Since all the tests were a success, it is already being studied when this drone will be able to be launched in real military operations of the American army.

It is the third version of this type of drone. The first was created 14 years ago, but it had different functions such as surveillance and reconnaissance missions or even collecting information about what was happening inside hurricanes.

The second version was born three years ago and this one did look more like a missile and had a propellant and an engine to move through the air. In fact, it is believed that these first two versions could be adapted and reused as new weaponry that could be used by the United States Army. Even the drones of the first version were tested as an anti-drone weapon in one of the programs made by the American army.

Therefore, the United States adds one more new weapon to its list that improves both its attack system and its defenses.