Driver leaks are one way to find out what manufacturers’ plans are. Since in the middle of the code references to future products are shown. The last thing we could know? The integrated graphics card of the future AMD Phoenix laptop processor will be RDNA 3 or GFX 11. So there will be four different chips that we will see with the new graphics architecture.

The RDNA 3 graphics architecture that we will see in the Radeon RX 7000, as well as in future APUs, will be one of the most important changes from AMD that have occurred in recent years. Not only because of the fact that we are going to see for the first time a configuration of a graphics chip broken down into several in a gaming graphics card. If not also because of the fact that it will be a deeper architectural change than what we saw with RDNA and RDNA 2, the architectures of the RX 5000 and RX 6000. Because the RDNA 2 architecture has been used for SONY and Microsoft video game consoles and backwards compatibility was a prerequisite. Much of the resources were spent on it. Hurting the PC version in the process. Hence, RDNA 3, despite appearing to be a continuous architecture, will have profound changes compared to those currently on the market and this will not only be used in future Radeons. We will also see RDNA on AMD Phoenix. Your next laptop processor.

The AMD Phoenix APU could carry an RDNA 3 graphics

Through the drivers for Linux of its graphics cards, we have been able to know which are going to be the first chips that we are going to see with RDNA 3 or GFX 11 architecture . What do we already know in advance? Well, the fact that AMD is going to launch three different GPUs for its next generation of graphics cards. Navi 31, Navi 32 and Navi 33. The last one being the only one expected with a single chip configuration instead of several or chiplets. 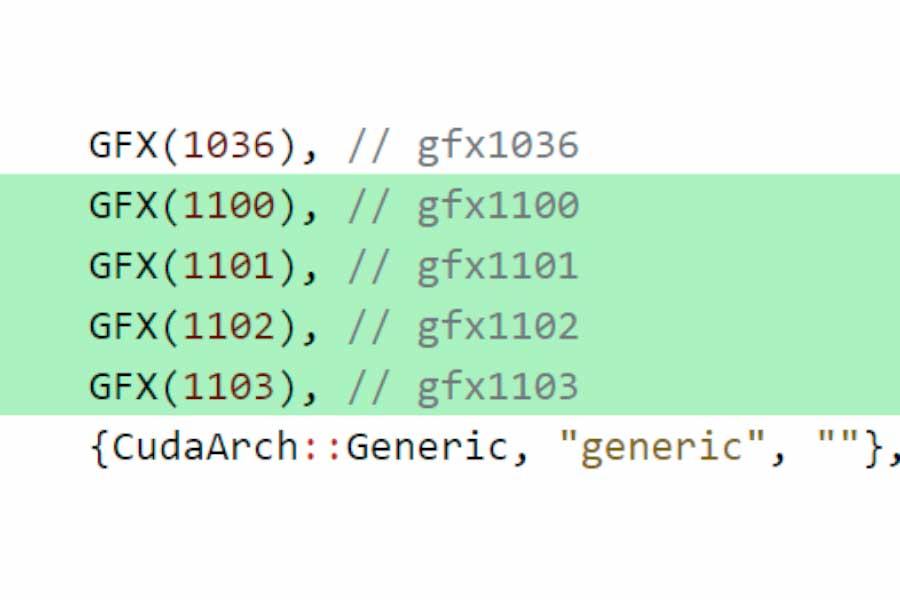 Although the surprise has jumped by the fact that a fourth chip has appeared among the GFX11 devices . Keep in mind that the serial number goes down in terms of power. So at first glance we might think of a low-end graphics card. The surprise? The future AMD APU, under the code name Phoenix and based on Zen 4, could carry a GPU based on RDNA 3 or GFX11 inside . Something that we did not expect, since everything indicated that they would continue to use the RDNA 2 architecture at least for a long time.

However, it is possible that despite the ID we will find a GPU like the current Ryzen 6000, but with a series of minor changes. We say this due to the fact that the “amdgcn” mode would continue to exist, which according to gossips, AMD itself is going to load in RDNA 3, as well as a size per wave of 64 execution threads. All this inherited from the old pre-RDNA cards and that have been maintained due to the fact that except for some specific elements, the Compute Unit or Shader units are the same on consoles and PCs.