AMD‘s main problem has always been in the drivers and not so much in the hardware. It has always been said that over time its graphics cards improved performance because the drivers were polished. That is over and now the performance is almost 100% at startup, but that has also been achieved by neglecting one of the classic APIs, OpenGL. Now we know that AMD has solved its problems with this, with an OpenGL performance increase of up to +54%.

Yes, we are talking about an API that no one uses today and only the two great standards Vulkan and DirectX12 remain, of which the latter is taking over the entire market. But there have also been the odd game with OpenGL and that is why AMD has quietly worked to provide a solution to the performance problem that distanced it from NVIDIA. A new driver, a new performance: AMD fixes its problems with OpenGL

It has been through a new compilation of Windows 11, specifically 22H2 for Insiders, where a new driver called 31.0.12000.20010 has set off positive alarms for all users of an AMD GPU. 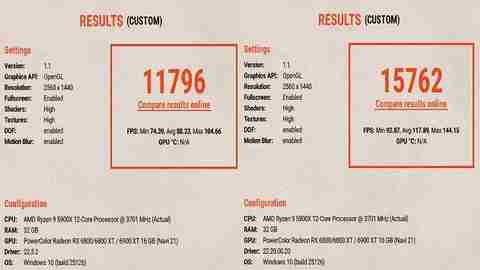 And it is that this driver package uses a new Beta driver called OpenGL 22.05 logically signed by AMD itself. This new driver achieves a more than significant increase in said API and eliminates at a stroke the problems of Radeon GPUs with it, to the point that, for example, in Unigine Superposition an RX 6800 XT managed to increase its performance no less than a 33.6% according to the first leaked results.

FPS increase could be higher in games

A benchmark as well known as Unigine Valley shows what could happen in certain old or fairly old titles. And it is that the old driver has gone from 103.4 FPS at 2K Ultra to a more competitive and interesting 159.6 FPS with the latest version and under the same conditions, which means a performance increase of 54.3% , a real barbarity. 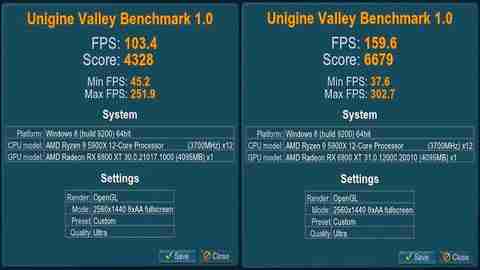 The problem, because there is always one, is that the OpenGL API has been in disuse for some time, mainly because DX12 has cannibalized all graphics engines using Ray Tracing, better support for DLSS or FSR 2.0 and of course, thanks to DirectStorage which is about to debut with the options and implementations that NVIDIA and AMD have to do in this regard, where the first will be called RTX IO .

Therefore, and after the improvements in DX11 of the previous drivers where the gap with NVIDIA was closed, it was OpenGL’s turn, so if you have any pending title to play with this graphics API, AMD will soon release the WHQL version where we can enjoy a completely free GPU performance boost, which is great news despite what was said just before.