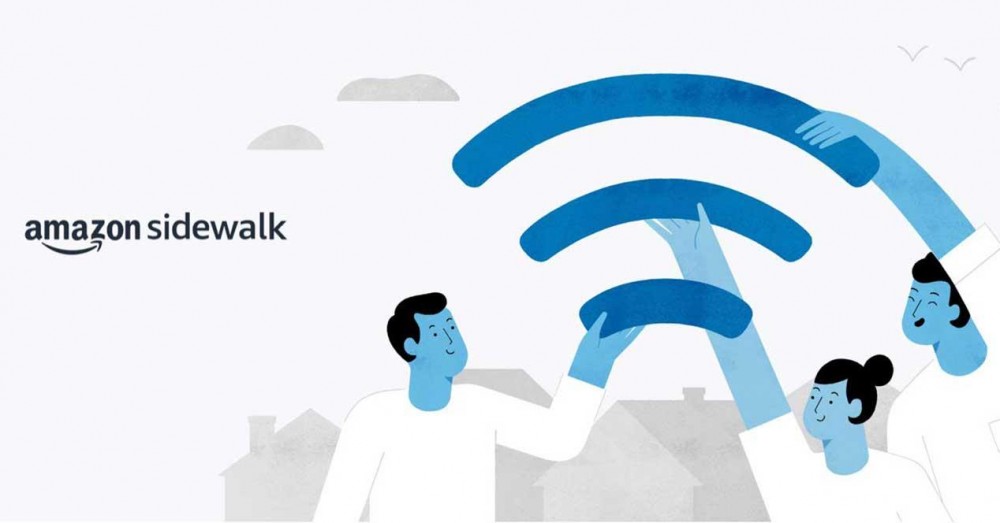 8 days left. Almost a week before Amazon includes your smart device with Alexa within a network that you will share with anyone who comes close to it. We are talking about Amazon Sidewalk , its wireless mesh standard, which will be active from June 8 on devices with Echo or Ring , and basically anyone compatible with Alexa, such as security cameras, motion sensors, plugs, etc.

This setting will be enabled by default in the United States, the first country where Amazon will use Sidewalk . In the countries where Amazon is activating it, users will become part of that network made up of millions of devices, which will allow, for example, a neighbor to use a small percentage of your Internet connection if they do not have it, and thus allow the device connect to the internet.

Increase the range of devices

The goal of Amazon Sidewalk is to simplify the process of setting up a new device with Alexa, increase the reach of low-bandwidth devices like trackers, thermometers, or animal trackers, and basically allow more devices to be connected if the internet fails at home. or a device goes out of coverage. 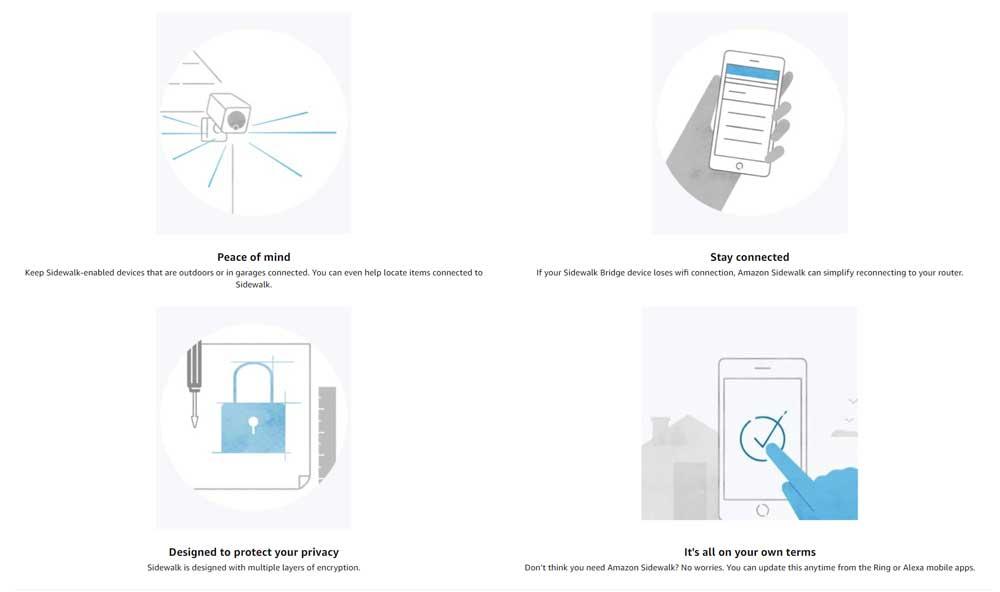 The maximum bandwidth of Sidewalk will be 80 Kbps , something very low and hardly noticeable on current connections. Also, the total data used per month will never exceed 500MB . On a fiber connection this is a tiny amount, but on a limited data connection it can be a problem.

However, participating in Sidewalk has its benefits. For example, if an Echo device loses its WiFi connection, Sidewalk can reconfigure it to reconnect to the router. In the case of Ring doorbells, it is possible to continue receiving alerts at home even if the Internet connection has been lost or the power has gone out. Increasing the range of devices is also an advantage of this system.

Amazon has become an operator?

Amazon does not charge money to use this system, and claims that it is completely safe to use . The system uses encryption and protection systems that have not yet been hacked, and there have been no criticisms of it after the publication of the white paper. The problem is that wireless standards have always ended up being hacked. Even Amazon’s own products have suffered vulnerabilities, such as Ring doorbells.

In this way, Amazon becomes, in its own way, an operator overnight and without having to deploy any cable. In addition, it is quite curious that the service is activated by default, and you have to manually deactivate it. That is the only way they have to gain massive access in millions of homes.

To deactivate Sidewalk we do not have to complicate our lives much. We just have to go to the Alexa application> More> Settings> Account Settings> Amazon Sidewalk . There, Sidewalk can be deactivated, although in Spain the option is not yet available, and it will probably take a little longer to be.