It is very common for music fans to want to use their own personal computer to make their own musical compositions and creations. Among macOS users, there is an application like Apple Logic Pro that is very popular on the platform and is even used by professionals in the sector. Although this software is not compatible with Windows, we can use different alternatives, both free and paid, with which to achieve high-quality results.

It’s true that Logic Pro is an exclusive Apple product for its platform, although we can’t forget that the most widely used operating system in the world is Windows. That is why it is easy to imagine that we have a wide range of options to create and edit music within the Microsoft platform. For this reason, today we are going to talk about the best options, both free and paid, that we can find as an alternative to Logic Pro. Logic Pro is the quintessential audio editing software for Mac computers, having become the most widely used recording studio program. Developed by Apple, this program has a set of immersive features especially suitable for composers and music producers.

With this software we will be able to compose songs, mix rhythms, edit tracks, etc. Also, it integrates with Dolby Atmos tools, which will allow us to create immersive audio. In addition, it has compatibility with a wide range of plugins.

However, in case we have stopped being Apple users and have moved to a Windows computer, we will find ourselves with some limitations since Logic Pro is not available for the Microsoft operating system. That is why if we need a program to create and develop music, it will be necessary to opt for some alternatives , many of which are capable of offering better features than Apple’s own application.

Next, we are going to see a series of applications that can serve as an alternative to Apple Logic Pro, when it comes to requiring software with which to create music in Windows.

It is one of the great alternatives to Apple Logic Pro for Windows, especially within the free options. This software provides plug in and play midi controller support, being more than adequate for those users who require the use of a keyboard for their compositions. Also a Gameboy Sound Emu triple oscillator that allows us to create new sounds without using external plug-ins. 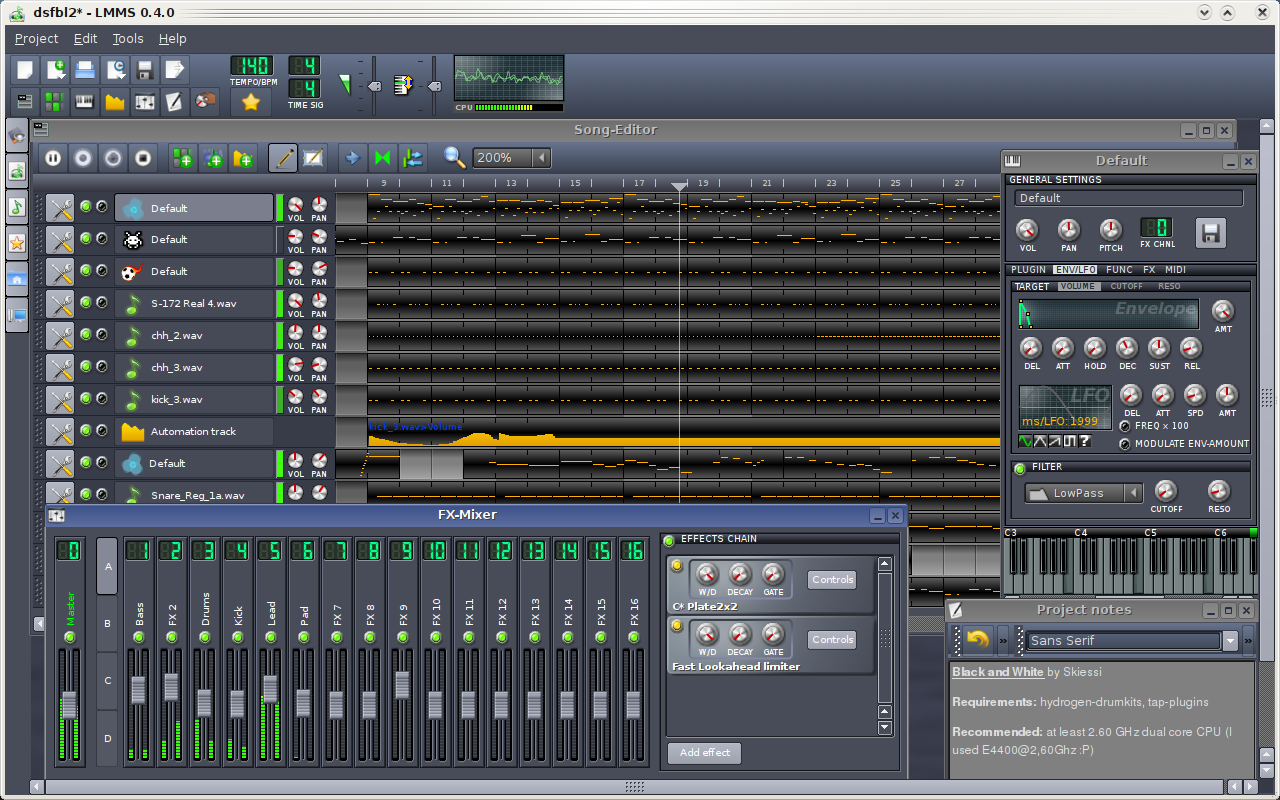 This workstation offers us compatibility with LADSPA plug-ins, its wide variety of melodies and tones, as well as a complete synthesizer with which to mix all kinds of sounds and songs with great results. On the contrary, we must also mention that the software lacks merge or cut options and its graphical interface is a bit complicated to use, especially for users with little experience.

Ardour, create and edit your music like a professional

We are facing a multiplatform digital audio workstation, so it can be used indistinctly on Windows, macOS and Linux. It is a free and open source software that can be a great alternative to Apple Logic Pro for those users who do not want to spend money on an application. With it we will be able to record, edit and mix sound either from a microphone or a keyboard. 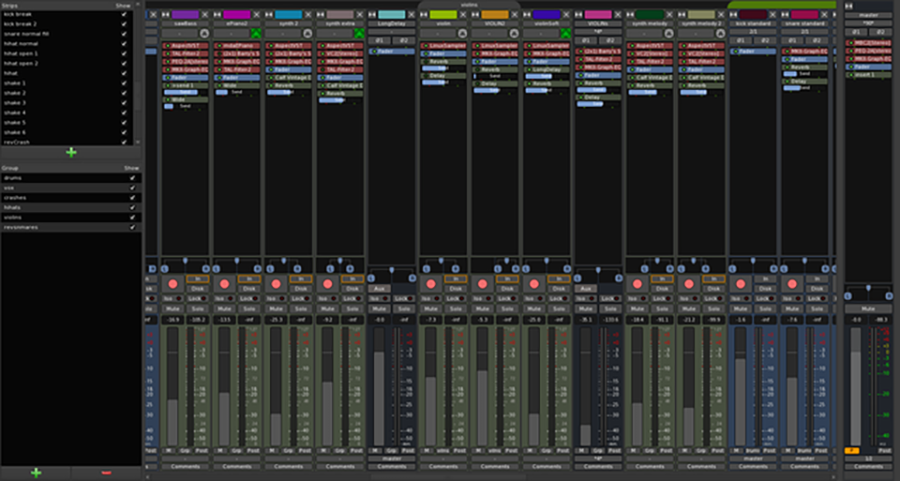 This software has multi-screen support as well as the LADSPA plugin. It also allows us to import audio or MIDI from our hard drive or from the Freesound database and has editing functions such as cutting, copying, pasting, deleting, renaming, transposing, etc. Therefore, it is a software especially aimed at users who want to perform tasks of recording, editing, mixing and mastering of audio and MIDI projects. Its main drawback is its interface, which does not allow you to change its appearance.

Audacity, the most popular software

Among the different free options with which to create and edit music in Windows, Audacity is possibly the most popular software. Despite being free, this is software that has little to envy other paid options, since it allows us to create multitrack recordings, record multiple channels simultaneously, and perform post-processing tasks with any type of audio. 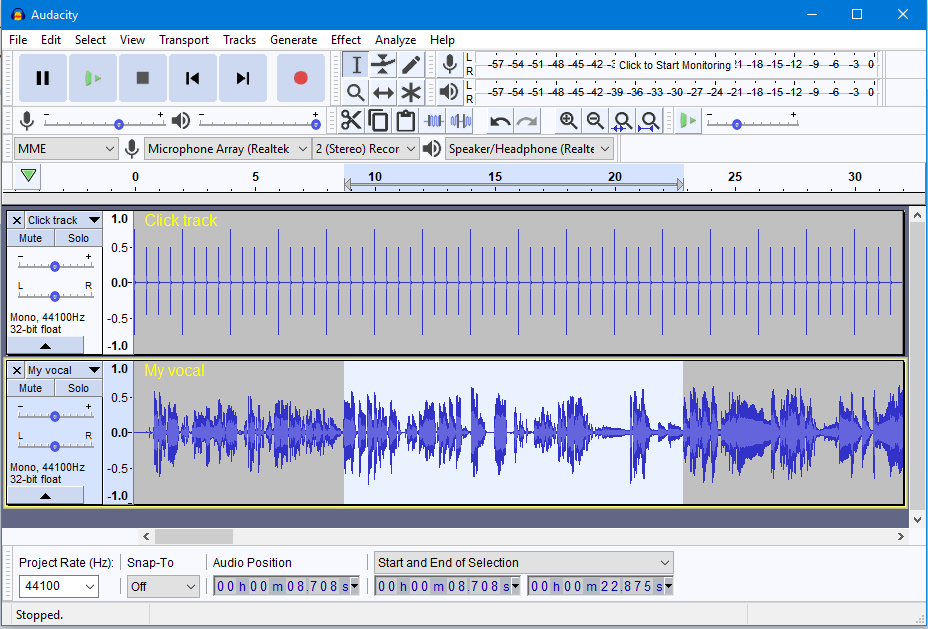 We can perform editing tasks such as cutting, copying and pasting and recording the sound both from a microphone and from a mixer. It is also possible to add all kinds of effects to our compositions, fine-tune the tone, bass and treble, etc. In addition, it offers us access to a limited number of echo effects, reduce voices , among other aspects that make it a great option to turn our computer into a home recording studio. Perhaps, its biggest drawback can be found in its interface that looks too old-fashioned, far from other options.

If the free versions fall a bit short of our expectations and we need a completely professional option, even if it means having to go through the box, we tell you the best options to use as an alternative to Apple Logic Pro in Windows.

FL Studio, a benchmark in the industry

If Apple Logic Pro can be considered one of the benchmarks in macOS for creating music, the same can be said of FL Studio, but on Windows. Originally known as FruityLoops, this popular software has been with us for more than 20 years with which we will obtain a complete music editing studio. Among the sections in which it stands out is its careful interface from where we can create our own compositions. For this we can make use of a wide variety of tones, rhythms and even a synthesizer . 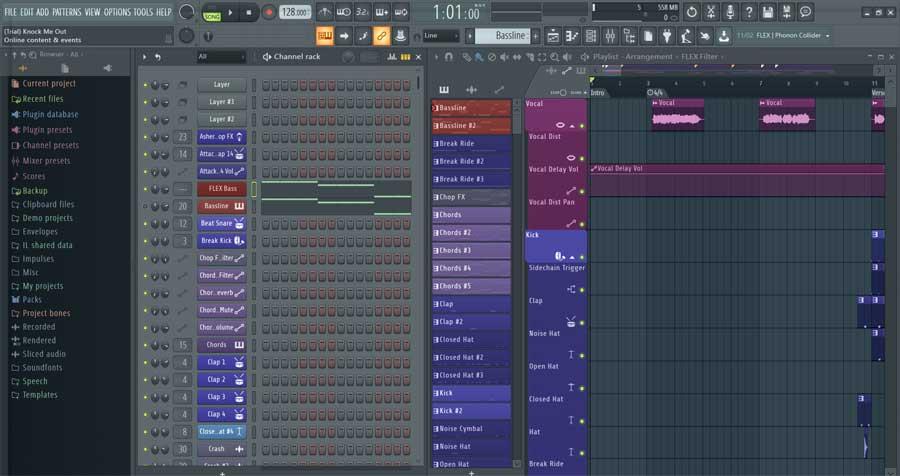 Within its wide set of features and functions we find everything necessary to be able to compose, record, edit, organize and mix music, being able to obtain completely professional results. In addition, it has more than 80 effects so that we can compress and distort them among other functions. As negative points, to indicate that it is not a good alternative for a track-based recording approach and also tends to crash more than it should, so it is important that we save our compositions before loading a new VST.

If we want to use FL Studio, we must pay for its license, which has a starting price of 89 euros. In addition, we can download a trial version from its website.

Reaper, one of the best DAW for professionals

This digital audio recording app can also be considered as a great alternative to Apple Logic Pro on Windows. It was created by the original author of the famous WinAMP player, a classic for music playback a few years ago. Now this software is considered one of the best DAWs for professionals from which to create compositions, edit and process songs , record MIDI sound, etc. 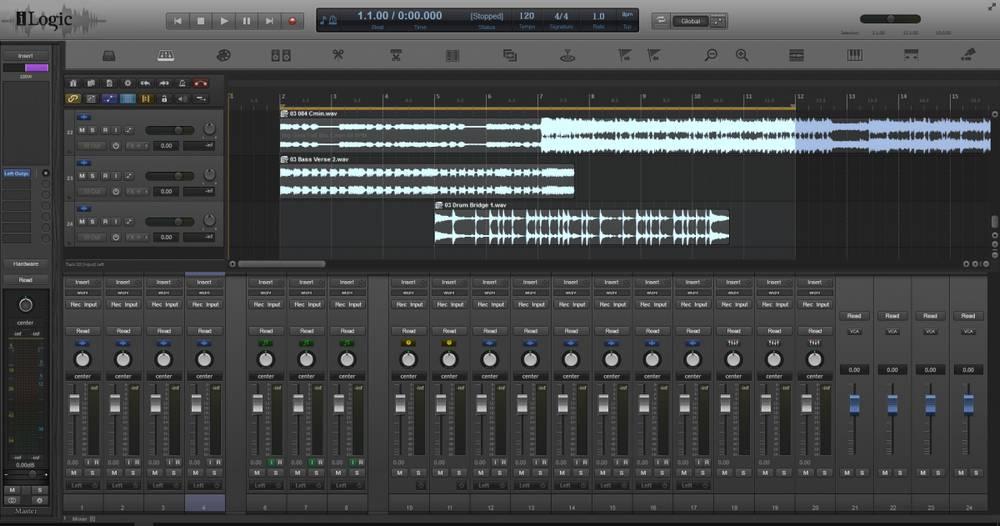 Reaper features a single track type, allowing us to use audio, MIDI, and mono audio data on a single track. It has hundreds of preset effects, compatibility with third-party instrument plugins . In addition, it is compatible with Lua, EEL and Python, helping advanced programmers to customize it. Its main drawback compared to Logic Pro is that it does not have a loop library.

If we want to try this powerful music creation software, we can download a 60-day trial version from its official website. Your license for private use is 60 dollars.

Another widely popular option is Ableton Live. A digital audio workstation with which we can create, produce, and even perform music, making it a good choice among the different Logic Pro alternatives for Windows. It is available with two interface designs, one in vertical view and the other in layout view, so that we can choose the one that most interests us at all times. 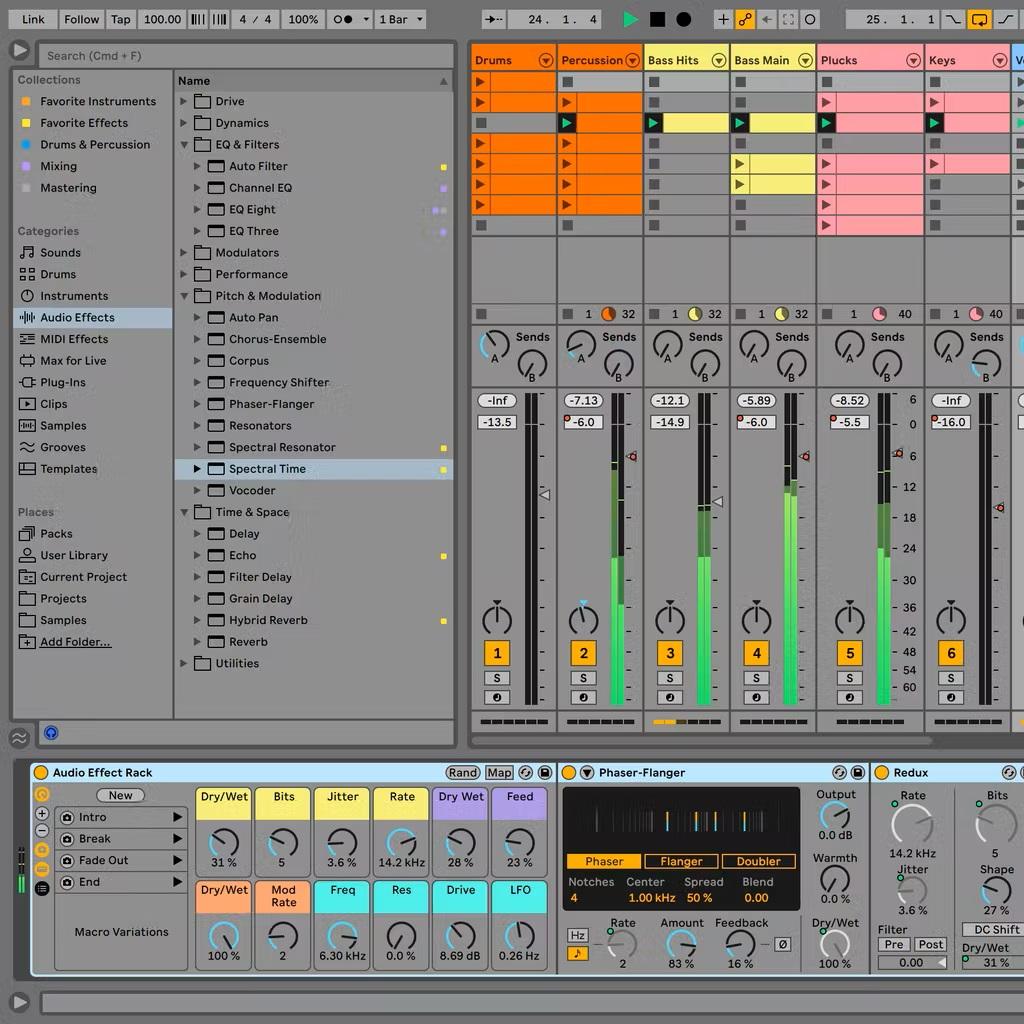 This software provides us with unlimited instruments, audio effects and MIDI effects, as well as multitrack recording up to 32 bits. It has extraordinary features that will allow us to convert audio to MIDI , as well as compatibility with group tracks, VST and audio units. In addition, it has advanced adjustment and extension in real time. On the contrary, we miss a built-in noise reduction feature, its arranger mixer is a bit fiddly, and overall, it’s more complicated software to use than other DAWs.

We can download and test Ableton Live for a period of 90 days, more than enough time for us to learn to master it before paying for its final use. Its starting price is 99 dollars.

Which is the best option?

Once we have seen the best options that we can find in Windows as an alternative to Apple’s Logic Pro, now it’s time to decide on the option that may interest us the most. The first thing will be to be clear about whether we want to bet on a free program, or if, on the contrary, we do not mind paying to use it in exchange for obtaining a completely professional software.

In the event that we are not sure which option to choose, it will always be advisable to spend a little time trying the different options that we find, either by downloading the free options or opting for the trial version of the paid software that we offer. they are usually fully functional, so that we can know which one best suits our needs.

Among the free options, possibly the best alternative to Logic Pro is LMMS , due to its wide variety of options and tools that this application incorporates. While, if we want to opt for a paid application, Ableton Live is possibly the one that best compares to Apple software, although it may be somewhat more complicated to use compared to other options that we present to you.