In recent times we have been talking about the enormous growth that has had everything related to the photographic edition. At the same time, although more recently, something similar has begun to happen with 3D design and everything around it.

As we have commented on many occasions, today we can use a good number of applications for photo editing. There are both free and paid, online or running on the PC , most of them very useful and easy to use. Of course, at the same time we must take into account that in terms of 3D treatment, the sector is still growing.

However, there are many companies that are fully aware of the growth that this particular sector is having, and what remains to be seen. That is why they are investing money and efforts on their own platforms related to three-dimensional work. Well, one of them is Microsoft, a firm that puts in our hands its own integrated solution in Windows 10 , Paint 3D.

This is a program that initially was going to replace the classic Paint that has been among us for so many years, but in the end both have ended up complementing each other. In this way we can find both applications in the latest versions of Windows , although in these lines we will focus on the most modern proposal.

As we say, this is a Microsoft program focused on working with 3D objects , so it presents a good amount of functions related to all this. In fact, when starting the application as such, we even find pre-designed objects so that we can integrate them into our personal projects. Thus we will have the possibility of taking our first steps in the 3D world , all in a fairly simple way. 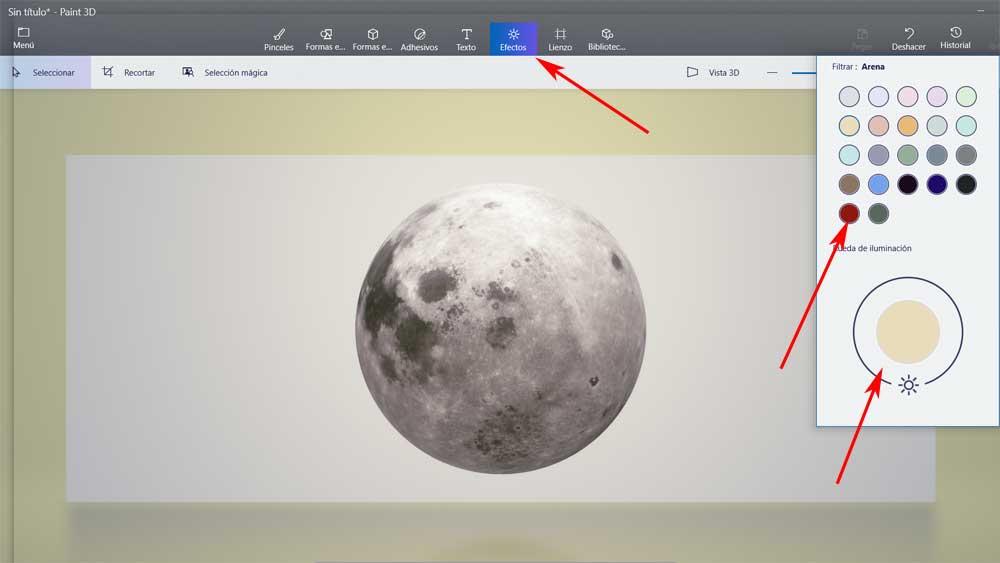 But that is not all that Redmond’s offer us here, but also allow us to apply a series of customizable effects to these three-dimensional elements. In this way and with a little imagination and creativity, we will achieve spectacular results. Therefore we will show you the way to make use of these elements in the best way. Thus, the first thing we do when starting the program as such, is to load the 3D object with which we are working in these moments.

Then, at the top of the interface, we find a section called Effects, which is where we click. At that time, in the right part of the application window, we will see that a new section appears with the color effects that we can apply. Thus we find the mode night, cinnamon, underworld, day, cave, sand, etc; so that we select the one that best suits our project . 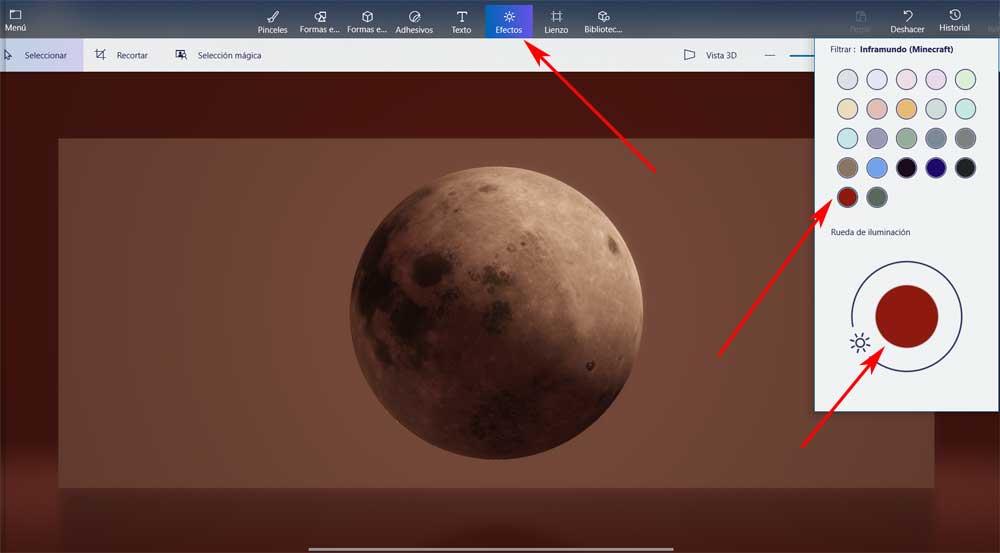 But the thing does not end there, but once it has been applied to the 3D object, we can customize its intensity. In this way, by moving the wheel located at the bottom, we adapt that same chosen effect as much as possible. Then, in real time, we will see how the aspect of our three-dimensional work acquires a much more attractive and striking aspect.